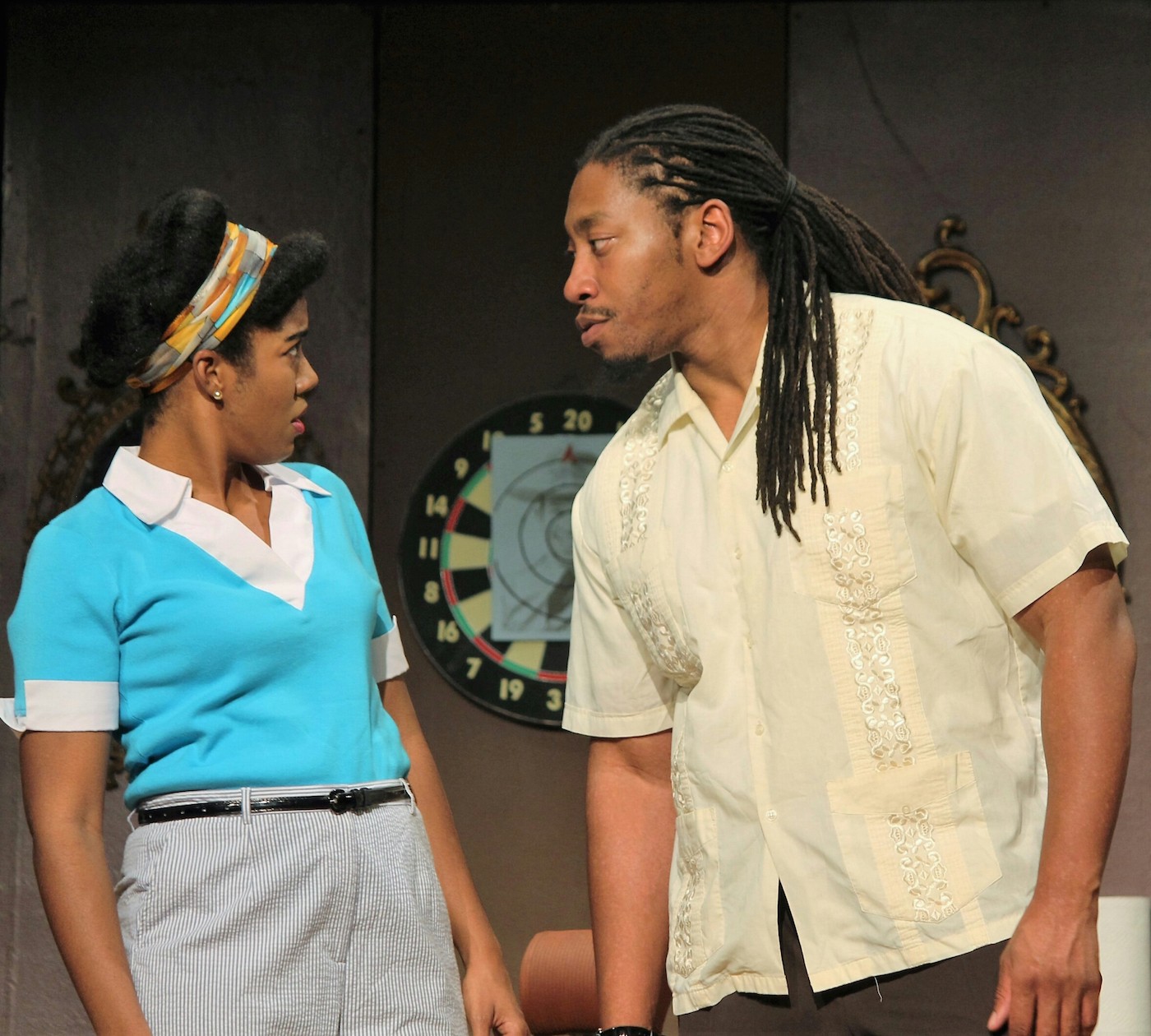 With Lonne Elder’s Pulitzer Prize-nominated “Ceremonies in Dark Old Men,” the Heritage Ensemble Theatre Company transports audiences to Harlem in 1958. There, a family struggles to stay afloat financially and emotionally following the death of a wife and mother who worked herself into her grave supporting them.

Aging barber Mr. Parker, portrayed by the masterful Toney Q. Cobb, spends almost no time cutting hair or making money. Instead, he passes his time playing checkers with his old friend Mr. Jenkins and reminiscing about his days as a vaudeville performer with his unemployed sons, Theo and Bobby.

Adele, the put-upon daughter who’s followed in her mother’s tracks, is the only working person in the house -- and she’s reaching the end of her rope. The events that unravel during the two-act play are set into motion when she puts her foot down, finally insisting that her father and brothers find work or get out.

What follows is a modern tragedy, with family members fighting against social constraints but nevertheless finding themselves repeating the same rituals and behaviors -- the “ceremonies” of the play’s title that have failed them in the past.

The set, designed by Vinnie Gonzalez, is simple. It’s sparse but evocative, immediately placing us in the proper time and place while delineating the various spaces, both onstage and off, in which the many small dramas play out. One of the theatrical delights is watching the story unfold via multiple simultaneous moments in these separate but connected spaces.

Pamela Archer-Shaw’s sound design includes popular songs of the era played at the opening and intermission, which adds to the atmosphere of the time period. Music is used during the play, as well, to heighten drama during certain important moments of dialogue or action in a manner that’s almost cinematic. Though effective, it’s occasionally unnecessary because the performances absolutely carry these moments on their own.

Another standout moment is Shalandis Wheeler Smith’s Adele reaching her breaking point and exclaiming, “Who the hell ever told every black woman she was some kind of goddamn savior!”

And then there’s the ensemble’s emotional climax in the final scene, as Mr. Parker, an old man in the dark, drunk and oblivious to all he’s lost, tries one last time to pull out a few steps from his old vaudeville routine, ultimately collapsing, unable to perform, his family rushing to his side, like they always have, to support him.