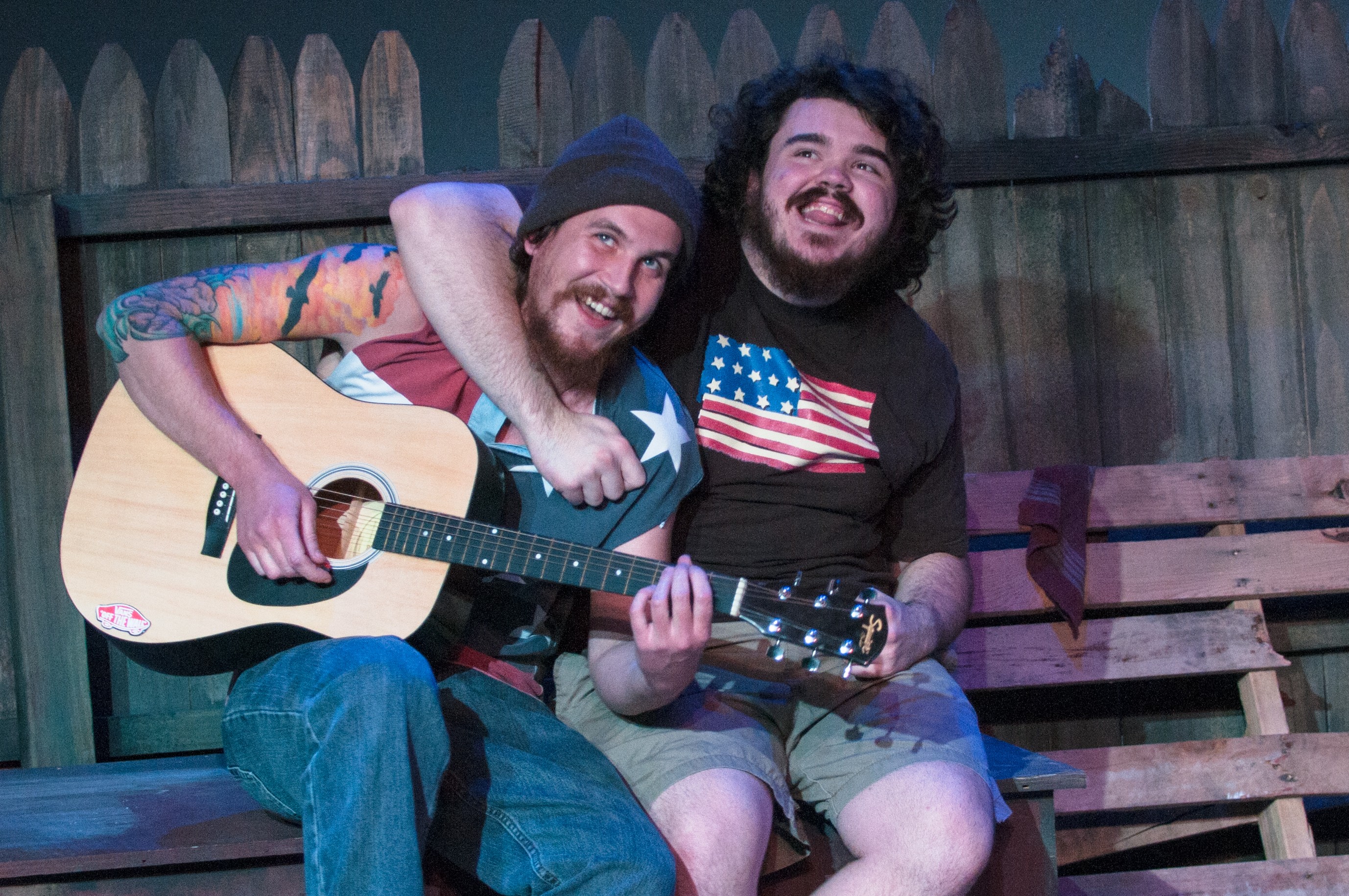 There’s a respected theatrical tradition of plays short on plot that still manage to be engaging, even thrilling, stage experiences, with Beckett’s “Waiting for Godot” perhaps the prime example. But the Firehouse Theatre’s latest, “The Aliens,” is no “Godot,” mostly because playwright Annie Baker is no Beckett.

This is a play of awkward silences and drawn-out pauses, virtually free of coherent philosophizing and marred by an incongruous tragedy. It’s to the credit of the Firehouse and director Gary C. Hopper that the production has a superbly appointed set designed by Phil Hayes, lovely lighting effects by Andrew Bonniwell, and a particularly adroit sound design by Joey Luck. But these technical elements are in service of a story that goes nowhere and goes there slowly. It’s rare to see so much artistic effort expended in support of so little.

Many will rejoice to see the slacker esthetic so meticulously explored, with the play’s focus on two 20-somethings who spend their days hanging out behind a New England coffee shop. Jasper (Ben Hill) is a wannabe novelist who adores the work of Charles Bukowski, and K.J. (Maxwell Moore) is a troubled genius and college dropout who shows sporadic symptoms of mental illness. Their sparse conversations give indications of a more interesting past, but in many ways they could be just two more pieces of flotsam drifting through a back alley.

Almost inadvertently, they pull teenage coffee shop employee Evan (Denver Crawford) into their orbit. The awkward Evan is apparently friendless and, though originally tasked with shooing the slackers away, he finds comfort in their unassuming and welcoming nature. The three misfits eventually spend a low-key Fourth of July evening together, creating a tentative connection that soon will be challenged by an unexpected change.

The empty spaces in Baker’s script provide a lot of room for the actors to get very comfortable in their characters and each of them does an exceptional job. With his childlike demeanor and unexpected outbursts, Moore conveys an impish charm that’s impossible not to like. Hill’s Jasper has more of an edge but also shows a winning congeniality, particularly during the songs that he and Moore sing during their Independence Day celebration. Crawford is a delight as Evan, tentative but curious, conveying the clumsy self-consciousness of adolescence perfectly.

Director Hopper is fantastic at finding the rhythms of laid-back interactions, with their non sequiturs, fractured dialogues and other idiosyncrasies. Every scene is enhanced by complementary technical elements, with Bonniwell’s lights nicely depicting fireworks, Luck’s sound design capturing the ambient murmurs from inside the coffee shop, and costume designer Elizabeth Hopper further defining the characters through messages on their T-shirts.

But while the ambiance is pitch-perfect, “Aliens” sets the table without offering anything significant to eat. It’s like “Godot” without the philosophical underpinnings or “The Breakfast Club” without its sense of character progression. A creeping sadness and a touch of cruelty undermine the idle good cheer and, in the absence of much plot, you may be left wondering what exactly is the point.

“The Aliens” plays through May 16 at the Firehouse Theatre, 1609 W. Broad St. Tickets and information are available at firehousetheatre.org.