Review: Chris Rock at the Altria Theater on March 6 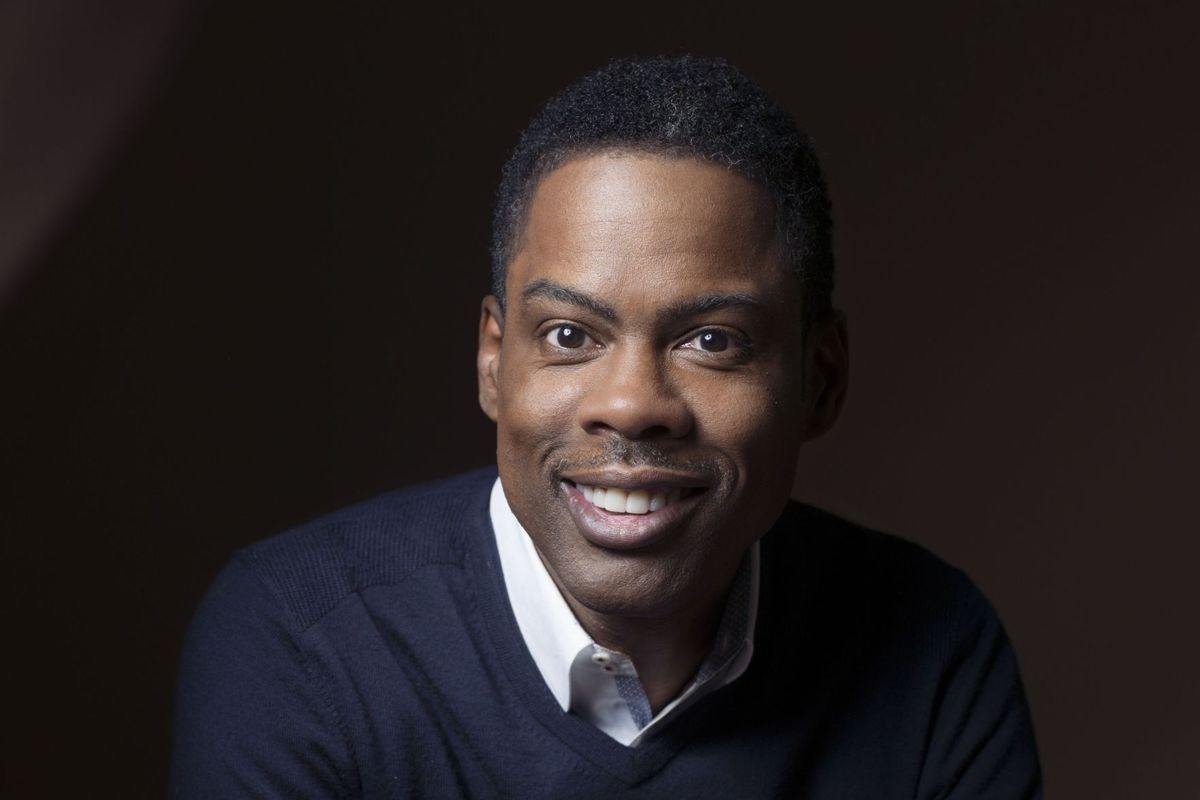 The first world tour in nine years from A-list comedian Chris Rock stopped at the Altria Theater for two nights of hilarious new material, covering a large swath of topical ground with scathing honesty and his trademark fiery delivery.

The Total Blackout tour, its name taken from a pre-Oscars tweet Rock made when hosting in 2015, marked a return to form for the likable New York comedian. He motored effortlessly from America's problems with race (“for black people, the future is always brighter because the past sucked ass”) to gun control, politics, religion, school bullying (he’s for it, noting “bullies are the fertilizer that makes good people grow”) and, most revealingly, painful details from his divorce and new attempts at dating.

Audience members were told not to bring cell phones inside -- if you had one it was locked up in a foam, koozie-like container -- which Rock joked was due to the reasons behind his divorce (more on that later). It also may have something to do with the $40 million deal he has with Netflix for two specials, one of which will be recorded during this tour.

On Monday night, two comedians performed opening sets. I didn’t catch the male performer’s name (it was hardly mentioned at all) but he delivered an energetic, crowd-pleasing set followed by Brooklyn comic, Janelle James, who had some funny moments when talking about raising her teenage son (“he smells like goat”). After these warm-ups there was an unusual intermission, during which classic comedy album covers from the likes of Dick Gregory, Richard Pryor and Lenny Bruce were projected, which let you know the headliner was bringing his own momentum and his own legacy.

Chris Rock bounded onstage to a standing ovation, flanked by a screen projecting stacks of Fender amplifiers, and started off by calling out Richmond’s lackluster downtown, explaining that he had walked around earlier.

“What the fuck?” he asked incredulously. “I know you’re down, but where’s the town?” He mentioned that he thought he saw a tumbleweed.

Stalking the stage in black jeans and a black jacket, Rock looked much younger than his 52 years, a pair of diamond earrings sparkling in each ear. His rapid-fire, Brooklyn-by-way-of-South Carolina delivery started out a little hoarse then became more dynamic for the last third of his roughly 100-minute set.

“I went to sleep for awhile, what’d I miss?” he joked. “Nowadays you go to sleep and wake up with a new government. What happened? Trump sold North Carolina?”

He asked if the crowd had attended the Women’s March in D.C., which brought cheers.

“Where were you on election day?” he shot back. “Didn’t make that march, huh?”

One of the biggest applause moments came following a bit about how Trump was simply “the natural state” of conservative America. “Bush was so bad we got Obama,” he noted. “Trump is gonna give us Jesus.”

The techniques Rock uses aren’t unlike a fiery preacher, employing repetition (“I’m trying to find God, ’fore God finds me” he repeated), as well as alternating volume and drawn-out syllables like any good storyteller. He has the rare gift of revealing personality onstage in a way that feels natural.

But his best moments came when the humor had a dark edge. His bits on race were seething indictments of systemic racism couched in crowd-friendly humor: “Prices are the new Jim Crow,” he said, before observing that though there were no old-school "for whites only" signs at the Four Seasons, $1,500 a night delivered the same message: “There are no signs at Whole Foods, but that $7 orange tells black people they aren’t welcome.”

On the subject of police violence, he called for police to at least try to shoot as many white kids as they did blacks -- then admitted that they should be paid more.

“Some jobs, you can’t have any bad apples,” he said. “You don’t want an airline to tell you, ‘Most of our pilots like to land, but we got a few bad apples who just wanna keep flying [and crash].”

He remarked on the harsh reality of a justice system that worked differently for different races and explained that he was already training his kids at home to be cautious around anything white. “That white toilet seat is gonna be hot … ain’t gonna catch no Rock kids slippin’”

While his new material started out with more observational humor, it became much darker as he delved into the turmoil of his personal life. Rock explained that after 16 years, he and his wife had divorced because he had cheated on her with three women -- mistakes that still seemed painfully raw for the comedian.

This segment came alive with an almost confessional seriousness, feeling more like a late-night club set. He acknowledged that everyone’s cell phones had been confiscated because he didn’t want this getting out. Then he explained that he had cheated with a woman from Syracuse, Miss Kansas City, and a former member of Destiny’s Child (“not Beyonce,” of course). He said he lost a lot of money in the divorce, but deserved what he got. The scariest part, he said, was the thought of losing his kids.

By the time he entered the home stretch, Rock had returned to lighthearted jokes about age-appropriate dating, which included a story about getting dissed by Rihanna at a party, who looked at him like a creepy uncle or even an aunt.

While he could’ve saved a big joke for last, and perhaps paced the show a little more evenly, Rock delivered a night filled with steady laughs and a few brilliant moments of the hard-hitting humor that has made him a household name.

I imagine by the time this show is recorded for posterity, it will be more refined and make for a must-see Netflix comedy special.