Clint Eastwood's latest is a misfire. 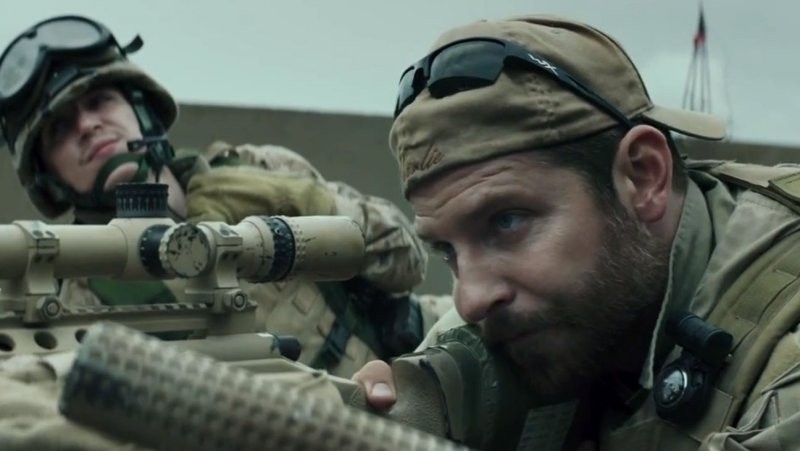 Who was Chris Kyle?

It’s hard to tell from Clint Eastwood’s slow, muddled war film and biopic, “American Sniper.” It omits so much from the Iraq War veteran’s autobiography on which it is based (co-written with Scott McEwan and Jim DeFelice), filling the gaps with a hodgepodge of war movie tropes.

The result, adapted for the screen by Jason Hall, is hollow and boring, the last thing you expect when a sensational memoir is adapted by one of the icons of American cinema. It’s neither a straight recapitulation of events nor an interpretation of them, but a complete misfire in both directions.

Strangely, Eastwood mythologizes Kyle’s adolescence only to play his later military exploits straight. Kyle (Bradley Cooper) ends up as both a symbol and an emblem, an oaken offspring of the American spirit and its humble servant, embarrassed by the spotlight.

That doesn’t make a whole lot of sense considering the real Chris Kyle, who didn’t hesitate to call himself “The Most Lethal Sniper in U.S. Military History,” an unsubstantiated claim with debatable merit given the conflict involved.

Kyle comes across in his book as you might expect a Navy SEAL -- gung-ho, boastful even. Eastwood portrays him as a hesitant hero, and Bradley Cooper complies with a performance leaning on deeply troubled eyes and a Texas twang. They insinuate Kyle cannot possibly be doing anything other than his patriotic duty when he lets go of his rodeo dreams and goes to the local recruiting office to volunteer with the SEALS the day after a pre-9/11 terrorist attack.

Kyle’s prowess as a marksman is recognized and he’s promoted to sniper. Sometime later (the film’s timeline is frustratingly ill-defined) the towers fall on 9/11. Kyle deploys to Iraq, where he becomes a guardian angel to the troops patrolling the streets of Fallujah, saving them from enemy soldiers, other snipers and even women and children who threaten ambushes with hidden explosives. He becomes known as “The Legend.”

These battles feel authentic, but authenticity is now the norm. Only one skirmish becomes something poetic, a firefight in a blinding sandstorm that has a strange beauty. But by that time we have long wondered what any of it tells us about Kyle or the war. The more it piles up in Iraq and back home (Sienna Miller gives an undistinguished performance as Kyle’s wife) the more it just seems like a mess the film has no idea how to interpret.

“American Sniper” is empty hagiography. The book is a series of exploits, but an adaptation needs to be more, which the facts sabotage. Kyle, as is well known, was killed, not in Iraq but after his tours of duty and far away from the battlefield, by a former Marine reputedly suffering from post-traumatic stress disorder. “American Sniper,” oddly, treats the event as a coda, implying it was simply some chance accident that brought down a hero and not, one might persuasively argue, a sad irony.

While people salute and the credits role, the audience might wonder why a movie based on a book with the full title “American Sniper: The Autobiography of the Most Lethal Sniper in U.S. Military History” never touches on what it means to be a sniper. We see Kyle practicing on a range and killing on the battlefield, but we get no sense of his special training or technique. This is the “most lethal sniper in U.S. military history,” right? Shouldn’t we at least know how?

The film is more concerned with Kyle’s mental state, but its conclusions are completely pedestrian: things get messy over there; those who fight do so to protect themselves and their buddies as much as the people back home; war is hell, and eventually weighs down even the strongest.

The effect on Kyle is handled in just as hackneyed a manner: When he gets home he needs some time to himself. Sudden sounds startle him; he drinks alone at a bar; the sounds of battle play like a broken record in his mind as he stares blankly ahead; his wife looks on, concerned.

We’ve seen this before in countless recent stories about soldiers who’ve fought in Iraq and Afghanistan and come back. Eastwood offers little that’s fresh or insightful. The only thing “American Sniper” does well is further mystify the war, which didn’t need any help. (R) 134 min. 1 STAR