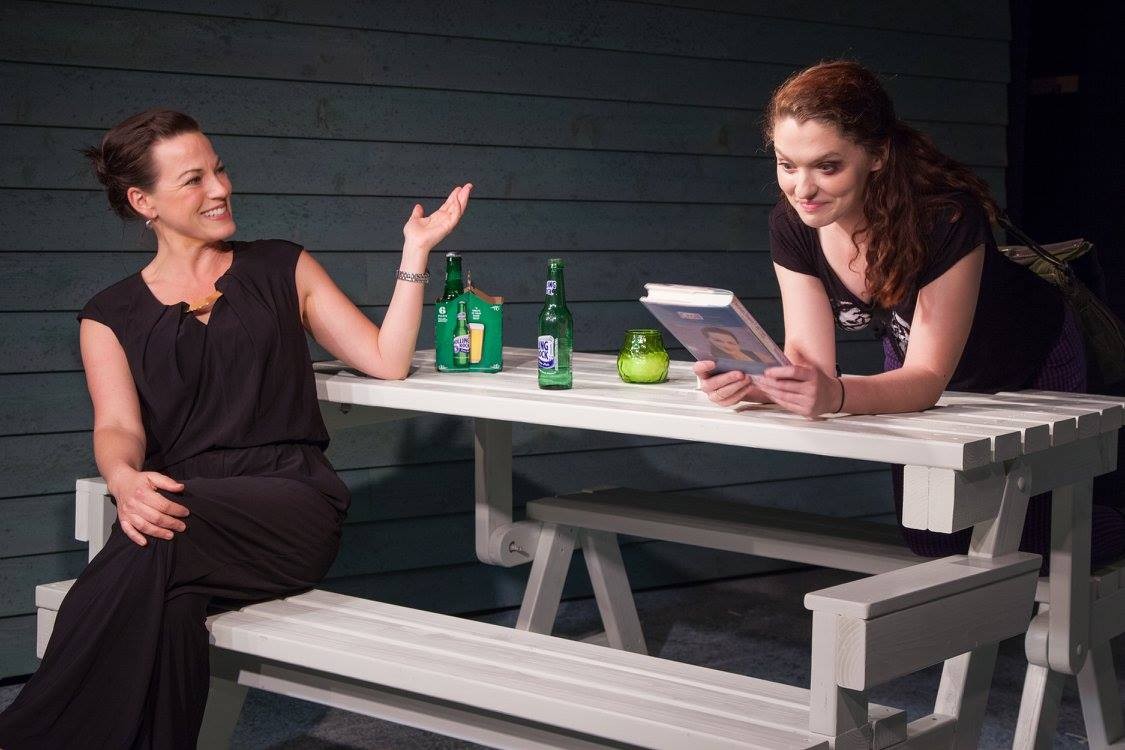 In the latest smart, engaging, contemporary comedy produced by 5th Wall Theatre, playwright Gina Gionfriddo delves into the state of American feminism in the 21st century, a subject ripe for exploration with the first woman in serious contention for the country’s presidency.

As depressing as that conjecture sounds, “Rapture, Blister, Burn” is no downer. Even as Gionfriddo sometimes too baldly lays out the philosophical and historical background for her arguments, she also regularly undercuts the theoretical talk with insightful one-liners. Director Carol Piersol has emphasized the winning interpersonal dynamics of her cast over the explications of Betty Friedan and Phyllis Schlafly.

After Catherine’s mother, Alice (Linda Beringer), has a heart attack, Catherine moves back to her small New England hometown where her ex-boyfriend, Don (Dean Knight), toils away as a low-ambition administrator at the local college. The twist? Don is Gwen’s husband and, when his romance with Catherine rekindles, drama ensues.

The grass-is-always-greener attitudes of the characters seem to point toward calamity, but “Rapture” instead takes a refreshing left turn into unexpected territory, throwing the ultimate outcome into question.

Miller perfectly embodies Catherine’s intellectual excitement about social theory, filling out the character with both a loose vulnerability and a nagging sadness that pushes her into a propensity for drinking too much and falling for unworthy men. I have a harder time believing Heifetz as the unsatisfied domestic, her Gwen wound so tight to the point of caricature, though she takes full advantage of opportunities to show more nuance later in the show.

Knight delivers a fine study of the middle-aged man in decline: porn-addicted, pot-loving and destined for mediocrity. If the play wasn’t so hard on women, too, it would be tempting to call it sexist. Beringer embraces her role as not-your-usual mom, one-part-enabler, one-part-Machiavellian schemer.

Beyond its challenging take on feminism, the revelation here is actress Aiden Orr. A newcomer in a cast full of veterans, she shines as Avery, Gwen’s former babysitter who’s now Catherine’s student, a proud millennial whose unassuming, unfiltered perspective repeatedly knocks both of the older women off balance. Orr manages to project both an inquisitive naiveté and an insistent intelligence unwilling to be shut down by her elders’ protestations. At one point, Gwen snaps, “Things that are easy have no value.” Being a woman may be hard, but hope lies in such optimists as Avery who face the imperfect choices with realistic expectations.

“Rapture, Blister, Burn” is being produced by 5th Wall Theatre at HatTheatre, 1124 Westbriar Drive, and runs through Oct. 8. Tickets and information are available at 5thwalltheatre.org.