Developer Margaret Freund has a plan to bring retail back to Fulton. But is it too late? 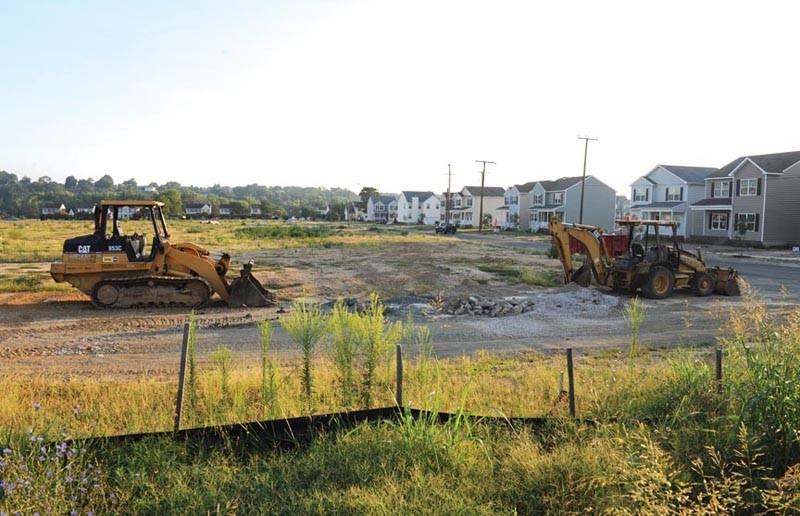 Now, while one developer prepares to construct the last houses that were promised, another developer is urging the community to support something radically different: a mixed-use retail project.

Fulton has a bitter history. Once a thriving black streetcar suburb just east of Shockoe Bottom, it fell into disrepair in the 1960s. The Richmond Redevelopment and Housing Authority then razed it in the name of urban renewal, but failed to rebuild — leaving empty acres and close to 800 displaced families.

It wasn’t until the 1980s that houses again began to go up in Fulton. Today it has the look of a tidy suburban subdivision. One major piece of vacant land remains: a triangle on Williamsburg Avenue, bounded by Admiral Gravely Boulevard and Fulton Street.

Margaret Freund, president and owner of Fulton Hill Properties and a Fulton resident, sees opportunity in the weeds. She convened a group of Fulton residents a few weeks ago to pitch a plan: a mixed-use retail development on that site instead of more houses.

She’s fighting the clock. Last year the housing authority signed a contract with Health-E Community Enterprises, a Williamsburg-based developer, to build 45 houses on that triangle. Construction’s scheduled to begin in less than two months, Freund says. But now that the housing market has tanked, Freund says she thinks Health-E Community and the housing authority might be amenable to a new proposal. “That’s kind of our window,” she says.

Freund has been moving fast. At a community meeting a few weeks ago, representatives from Fulton Hill Properties showed residents a few concepts for the site: a traditional shopping-center appearance with a tree-ringed parking lot in front, a line of shops along Williamsburg Avenue, and two designs incorporating both residential and retail spaces.

The intent is to evoke a town-square feeling and restore services that had been lost. In the 1940s, Fulton had a thriving commercial district on Williamsburg Avenue with grocery stores, barber shops, restaurants and a theater. For country folks in the east, it was an entry point into the city, and the last stop on the way out — turning Fulton into one of the city’s early suburbs. In the 1950s, with the opening of Willow Lawn and South Side Plaza, shopping patterns shifted and moved farther out. Except for one lonely ABC store, the last holdout was Grubbs’ Supermarket, which was torn down in 1990.

Old Fultonites brightened at the idea of bringing back that ’40s feeling. But current residents had several practical questions. What about crime? What if too much traffic comes down Williamsburg Road? What if businesses move in and fail to thrive, leaving even more empty storefronts?

“Development’s going to happen, with or without the people,” noted artist Colleen Patten, who works in Fulton Hill Studios. So they might as well have a say, she says.

Freund, who lives and works in Greater Fulton, is treading carefully with her proposal. The last time she got involved with city politics was her pitch to redevelop the City Stadium site near Carytown, which met with fierce resistance from neighbors.

This time Freund’s enlisting residents’ help. She asked them to tell Councilwoman Cynthia Newbille they want the housing authority to reconsider the contract and remove the covenants placed on the land. Freund met with community leaders, the housing authority and Newbille in a private session last week to discuss their next steps.

One of Freund’s supporters is Spencer Jones, a longtime community leader who fought the housing authority tooth and nail over the demolition of his family home.

“The land was gotten from the people of Fulton with the fiduciary intent of making a better community,” Jones says. “And that has not occurred. All they’ve done is build houses.”

According to Jones, who was chair of the Project Area Committee on Fulton redevelopment, the triangle on Williamsburg Avenue originally was supposed to be dedicated to retail. But the housing authority couldn’t make it work, he says. They wanted a huge, 50,000-square-foot anchor tenant — “like a Ukrop’s or something” — and none could be found.

Retail, if done well, could be a critical piece of the new Fulton, says David Herring, vice president of the Center for Neighborhood Revitalization at the Better Housing Coalition. A shopping center could not only serve Fulton, Varina and Rockett’s Landing residents, Herring says, but also help unite Fulton with downtown. Now when you drive east from Shockoe Bottom, he says, “you feel like you’ve completely fallen out.”

Other East End retail plans also are in the works. The Virginia Local Initiatives Support Corp., a nonprofit that funds community revitalization, has been helping develop a plan to revive the commercial hub at Williamsburg and Government roads. The nearby riverside development Rocketts Landing includes 1 million square feet of future commercial space.

Longtime Fultonites seem cautiously excited about the momentum building in their community. Linda Sutton, co-chair of the Fulton Foundation, considers the area her home although she hasn’t lived there for decades. “Let’s start a town,” she says. “Let’s put Fulton back on the map.” S