When Boston wouldn’t bury accused marathon bomber Tamerlan Tsarnaev, a Henrico County therapist stepped up. One year later, she reflects on the challenges of her decision. 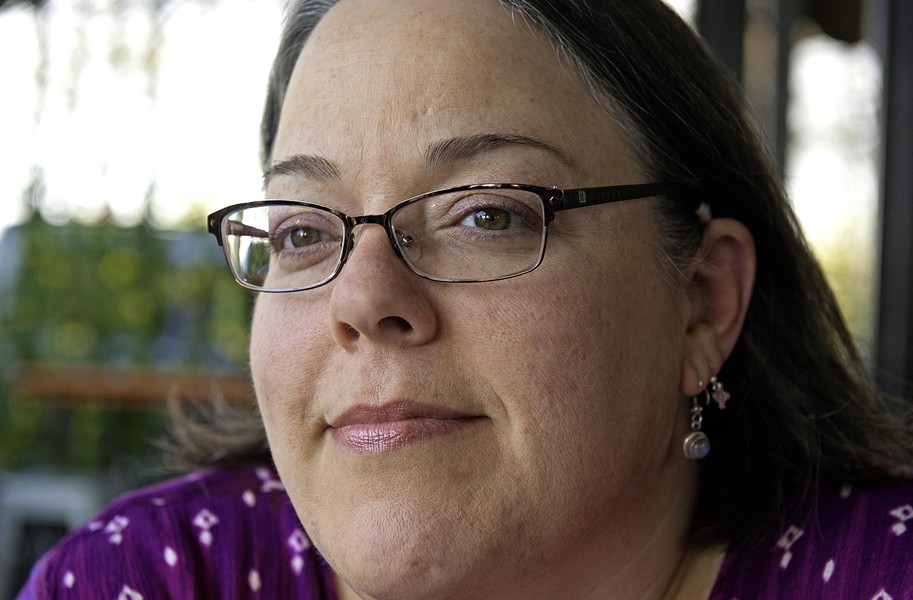 She's become accustomed to the hate mail, the name-calling and questioning of her patriotism. Vitriolic messages pop up in her Facebook mail every once in a while, and when they do, Martha Mullen wonders about the people who send them, those who say she never should have helped arrange the burial of accused Boston Marathon bomber Tamerlan Tsarnaev.

"I struggle with that," says Mullen, who lives in Henrico County. "Not with being hated, but the fact that someone would actually think it was somehow the wrong thing or uncivilized to bury him."

A year has passed since the Boston Marathon bombing that killed three people and injured hundreds more. For a few days last April, the police manhunt for brothers Tamerlan and Dzhokar Tsarnaev swept that city to the point of shutting it down. Tamerlan's attempt to escape ended amid gunfire when his brother ran him over while trying to flee, police say.

Such was the anger that afterward police found themselves protecting the body of man they hunted down. A mob descended on Graham Putnam & Mahoney Funeral Parlor in Worcester, where funeral director Peter Stefan was keeping Tamerlan Tsarnaev's body, doing the work no one else wanted to do.

Stefan says he expected the throngs of media, protesters and police, but is still confused by it.

"It was a dead body," he says. "That's all it was. I've never really felt totally alone before, but there were a few times I said, 'You're in this by yourself.'"

Mullen didn't consider what would happen when she reached out to Stefan and offered to help, she says. But as a therapist she'd seen clients go through a wide range of trauma, she says, and saw a city that identified with the aggressor and slipped into xenophobia to deal with its fear.

"I got pissed," Mullen says. "I got online, and I got people connected."

She connected the funeral home and Tsarnaev's uncle with the Islamic Funeral Services of Virginia, which owns a cemetery in Doswell, about 25 miles north of Richmond. The uncle drove up to Massachusetts, picked up the body after dark to avoid protesters, and drove to Doswell. The grave is unmarked.

A year later, Mullen says the threats and the hate mail were worth it. There was a low point: State police showed up at her door warning her of threatening Web chatter. Henrico police would drive by occasionally, she says, "just checking if everything's OK."

Mullen says she slept between her daughter and the wall of her home, so that if anyone shot at the house "it would hit me first."

Recovering from surgery at the time, she now works in Mechanicsville and says she hadn't considered how her actions would affect her job search.

"I did not think this through," she says. "If I had, I would have paused, but I still would have done the same thing. I'm glad my sense of umbrage got ahead of my frontal lobe."

As a Methodist, she says, she tries to hold to Jesus' advice to love your enemy — words that she says often are misunderstood.

Stefan, who's never met Mullen, says he remains grateful to her. "I would say Martha Mullen stepped up to the plate against some tremendous odds," he says. "You can't fault the lady, not at all."

Caroline County Sheriff Tony Lippa did fault her. He opposed the burial when news of it broke in May. At one point, his office was forced to issue a news release pleading for people to stop calling 911 to report it. But once it was clear everything had occurred legally, he says, he's protected the site as he would any other cemetery.

While many feared vandalism, Lippa says there have been no incidents since the furor died down. "Not even a call," he says. "All is quiet."