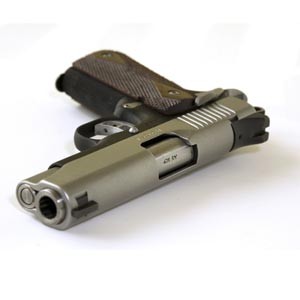 Just in time for the hot summer nights of parking-lot gunfights, pistol-toting hombres will be able to pack even more heat in local restaurants.

According to a new state law that takes effect July 1, pistol owners with concealed handgun permits may take their pistols into restaurants as long as they don't drink alcohol.

Second Amendment rights advocates passed the law during the last General Assembly with the blessing of conservatives such as Gov. Robert F. McDonnell and Attorney General Kenneth N. Cuccinelli.

It was fought by groups such as the Virginia Hospitality & Travel Association. “We opposed the bill and now we are trying to educate our members about how to deal with it,” says Katie Hellebush, a government relations official for the trade group.

The law comes in effect just as Richmond, once a U.S. murder capital, faces growing tension over recent shootings, notably in the city's restaurant- and nightclub-saturated Shockoe Bottom.

Editors' note: In the print edition of this story we referred to the Virginia Restaurant Association, which merged years ago into what is now the Virginia Hospitality & Travel Association.