Pitchfork's Mark Richardson charts the changes in our ears. 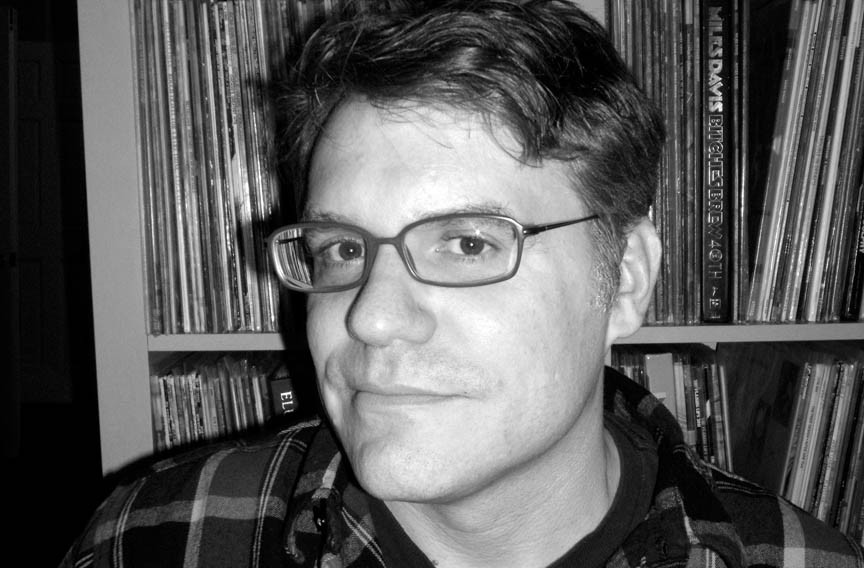 In their punkish 1982 anti-authority song, "Kids Don't Follow," Replacements' lead singer Paul Westerberg belts out the line, Kids won't follow / what you're saying! Actually, if you're writing lengthy album reviews about indie music rather than trying to break up a Minneapolis party — a lot of kids will.

Pitchfork.com, also originally from Minneapolis, has become the chief Internet tastemaker in independent music. The site's featured reviews helped break such bands as Grammy-winners Arcade Fire, Animal Collective and Broken Social Scene, among others during the past 17 years. It's perhaps best known for its infamously precise 10-point rating scale; and its best-new-music designation now assures a level of buzz and touring possibilities for any band fortunate enough to land it.

Founded as a small music site by its chief executive, Ryan Schreiber, the company has grown to include a staff of 30 full-time employees working at offices in several major cities, a huge music festival in Chicago, and an online video venture, Pitchfork.tv. The site averages around 4 million unique visitors a month and tens of millions of page views.

Former Richmond resident and Style Weekly music contributor, Mark Richardson, is editor-in-chief at Pitchfork. He and his wife, dance choreographer Julie Mayo, lived here from 2001 to 2007, and recently moved from Chicago, where the company has its headquarters, to Brooklyn, N.Y. Style spoke with Richardson about the current state of music criticism and how our fundamental relationship with music as listeners has changed with new technology.

Style: First off, how did you become a music critic?

Richardson: It was a gradual process. It's funny, I work with a lot of motivated young writers here in New York who really know what they want to do right away, but I started pretty late in life. I did freelance writing, but didn't write about music until I was 27. Started out writing for free for websites, got a connection with Pitchfork in 1998. I started my column [Resonant Frequency] and eventually moved from part-time to full-time writer. ... My wife's family lives in Richmond. When we moved there, I enjoyed hearing about where the local music scene had been — stuff like Jack Rose, Labradford, Breadwinner ... [At the time] there weren't many shows coming through. I drove to Charlottesville a lot. I do remember 804 Noise, in '03 and '04, they were really bringing interesting noise artists like Prurient to town. I wrote some press releases for records they put out, DJ'd a few shows. That was a homegrown, interesting idea.

You've recently been asked to serve on the board for Best New Music Writing: 2012. What will you look for?

I really do like criticism and ideas more than celebrity profiles. The most interesting thing to me is the interface between the music and the listener, more so than the artist and the culture. I really like writing about how we respond to music, how it fits into people's lives — more subjective writing, people exploring their own responses. Greil Marcus was a huge influence on me. My three biggest are him, Simon Reynolds, and David Toop [The Wire]. They're all much smarter than I am, but the way they explore is very interesting to me — thinking about broad cultural ideas, sound as sound.

How has our relationship with music changed now that you can click on an artist's entire catalog? Has music become more disposable?

I do think it's changed immeasurably. The way a 22-year-old experiences music now, there's no comparison to the way you and I did when we were that old. I always feel like these things balance out in terms of good and bad. When I was that age, I was buying CDs, they were expensive, and I couldn't get as many as I wanted. No question, I listened to the ones I had way more, heard things in them. Liked them more than I would have. But it's all I had! You know what I mean? You listen closely, you paid 17 bucks, better give it another spin [laughs]. I couldn't ever have that relationship now or spend that amount of time with one record. ... Kids today are still connecting deeply with individual records, even though they're hearing so much more. I don't think it's disappearing, there's just much more around it. ... One idea I wrote about in a column ("Taking Pictures of Pictures") is Tumblr, which young kids use to express themselves, to build an identity. I think the way that works is spreading from the social media sphere into making music and building a musical identity.

How has music criticism changed the most over the years?

It seems like it's constantly in transition in a lot of ways. But I think the biggest change in the last 10 years or so is the idea of music criticism as strict buyers' guide has become less interesting, less important. There are all these tools for finding and sharing new music between Pandora, Spotify, sharing things on Facebook — if you like this, check this out. The idea of purely finding new music, which used to be part of a critic's role ... still happens with Pitchfork; there is a filtering aspect because there is so much music out there. But to me, what's becoming more important is having good writing. It's more central than it ever has been.

Why do you think Pitchfork became what it is?

It grew steadily, then very quickly after 2004. But we benefited to a degree from independent music becoming more popular on its own in the last 10 years. Vampire Weekend, Arcade Fire, Decemberists, can have number one debuts, and they’re very much indie rock bands. They’re not selling a million copies, but no one else is either. They now have a more visible role in culture than they would have 15 years ago, by virtue of there being more music, and pop music not being the force it used to be.

Our demographic is fairly steady, we have a lot of readers in their 30s and 40s, but it stays popular among high school and college kids and people in their 20s. Those are the people hungriest for info about music . . .

I think Pitchfork became a trusted source for information and ideas about a music that also grew in size. One of the keys is it always had an identifiable sphere of what it does—it’s never just blown with trends. For example, there was no idea in the ‘90s, say at Spin, of: ‘What does Spin think about this’?

How do you guys decide who gets the ‘Best New Music’ rating?

It’s done differently in different situations. The editors communicate all the time about what we think is interesting or good . . . These days there’s so much more communication online, it just doesn’t happen as much that nobody has heard of something . . . Whatever the rating ends up being, we [the editors] decide whether it is Best New Music based on how good it is and whether it has some appeal beyond its genre. Like a metal album, it would need to be both a great album and one that, a person who is not following everything in metal might like.

Do you enjoy reading musicians who write about music?

Without going into full-on academic music analysis, yes I do like reading musicians who write about music . . . Sasha Frere Jones and especially, Alex Ross [both New Yorker critics]—when he goes to see a concert, he has the score in his lap, he’s listening and thinking about how they’re making choices. That’s mind-blowing to me.

What’s the best thing about being editor-in-chief there?

I love working with new writers, trying to help them become better is so exciting. It took me so long--I was so bad for so long—and I’ve learned things about how to improve. So it’s gratifying to be able to help people in that way. And also, if I really want to assign myself a record, I can do that. I get to write about big records that are important to me. To have such a platform is a huge honor and privilege; to know you have an audience.

So what do you tell Pitchfork hopefuls?

Writing as much as you can is a given, and I’ve definitely hired writers because I’ve read their blog and saw they had a lot of good ideas. But also reading as much music writing as you can—really books in particular. There’s such a vast trove of info and ways of learning about music that way. Just reading online is not nearly enough. The best writers have a real interest in music writing, they’re not just fans.

For more, go to pitchfork.com.