Richmond bands get big love at the Raleigh music festival. 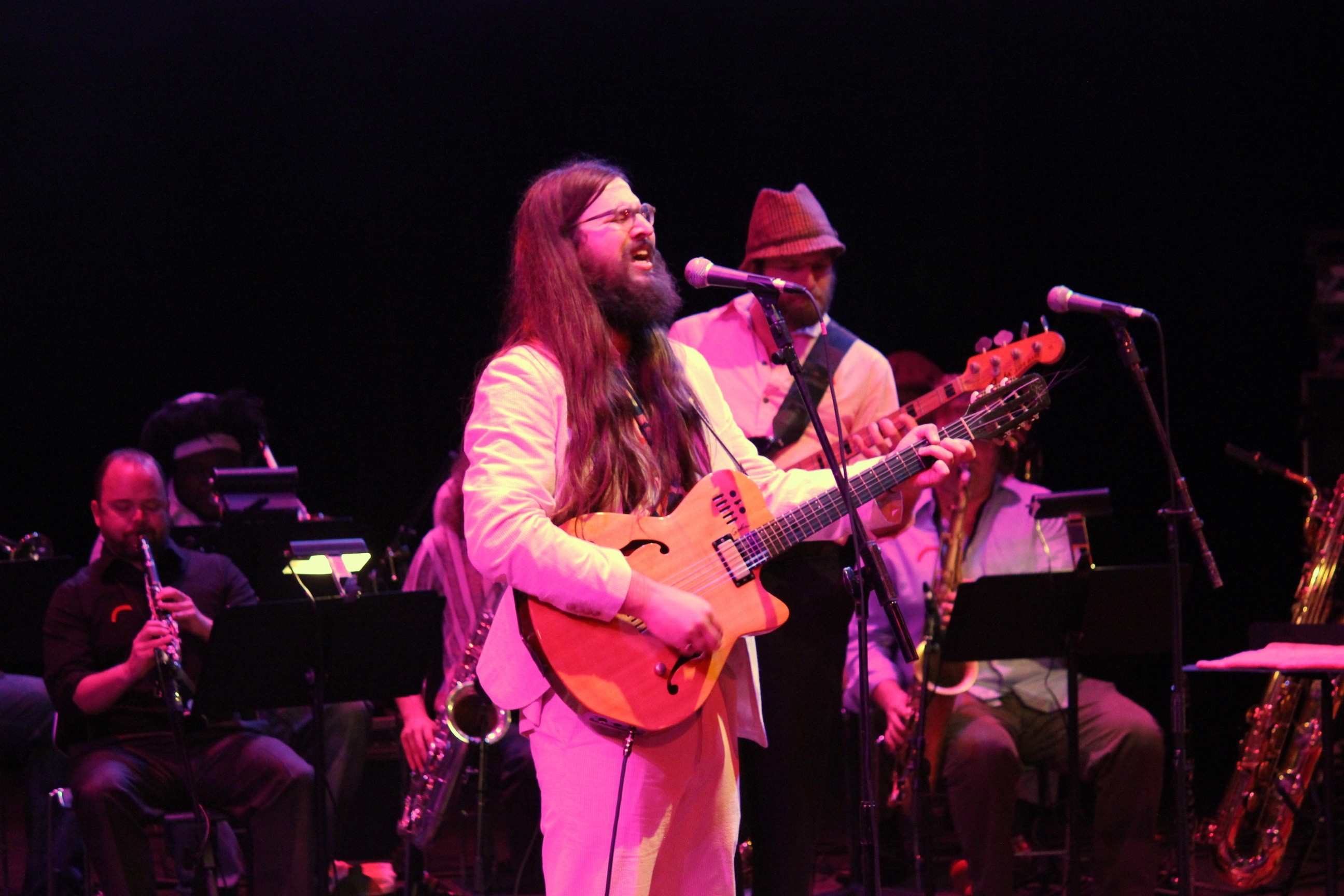 Hopscotch is a music nerd’s paradise that serves up a day-to-night smorgasbord of fairly obscure bands, next-best-things and a few straight-up bizarre acts for good measure across various Raleigh venues (I’m looking at you, Nobunny). Last week’s fest was by all accounts bigger, louder, and much, much wetter than ever before.

Richmond’s own Matthew E. White set the bar sky-high on Sept. 6. Flanked by 32 of his closest musical friends, White delivered a rousing performance dubbed "One Incantation Under God” that featured embellished versions of songs from his critically adored album, “Big Inner.” The packed house at Fletcher Opera Theater was summoned to a collective groove by an impeccable chorus, funky bass and bursting brass courtesy of Richmond musicians Reggie Pace and Bryan Hooten, among others. Some dancers made their way to the front of the stage, where the crisply suited White gave a flashing smile that was equal parts approval and “Is this really happening?” (Check out Style's recent feature on White, and listen to two songs from "Big Inner.")

With what looked like half of the River City’s musicians in tow, White graciously sang the praises of a supportive hometown music scene. He returned the favor throughout the weekend, encouraging his Twitter followers to go check out “the best live band in America”: No BS Brass Band at the Pour House. Those who took his advice weren’t disappointed. Across town, Bio Ritmo lit up the CAM (Contemporary Art Museum) with fiery salsa sounds on Friday night. Luckily, the space was more than accommodating for those who wanted to shake it.

While White and company set the Internet ablaze after their set, other standout performances marked the weekend. Zola Jesus and hulking rapper Killer Mike wrapped a line around the Lincoln Theater. Sunn O))) rattled guts with its brand of doom metal and consumed the Memorial Auditorium with smoke. The walls miraculously remained standing, which is more than can be said about some of the audience members who simply couldn’t take two hours of nauseating, sonic sludge. The beloved day parties showcased some unknowns worth Googling, including hip-hop performer Miss Eaves and Southern-soaked rockers Say Brother.

Headliners The Roots were welcomed by a massive storm that flooded City Plaza and forced openers Escort to pull the plug on their disco-infused set, surprisingly the only weather-related cancellation of the weekend. The 17-member outfit took refuge in the Marriott and chowed down on some local eats. The band’s co-founder Eugene Cho says that while disappointed, Escort kept the party going. “There happened to be a debutante ball going on. So it was us all dressed in our stage gear surrounded by other concertgoers and debutantes,” Cho says. They downed some “surprisingly good Manhattans,” he says, and watched the Roots play from their dry hotel room while eating Carolina barbecue.

The Roots took the stage just as the weather cleared and blew minds with a go-go version of “Paul Revere” as a tribute to the Beastie Boys’ MCA and Chuck Brown. The set slammed and bumped, courtesty of Questlove on drums. The Grammy-award winning single “You Got Me” prompted sing-a-longs and a “Sweet Child of Mine” cover amped the soggy audience for the five or six shows they’d see after midnight.

On the sidewalk, a drenched program from Matthew E. White’s now-legendary show lay face down, with a back-cover quote that summed up the whole affair nicely: “Lord, we had the best time.” Yes. Yes we did.