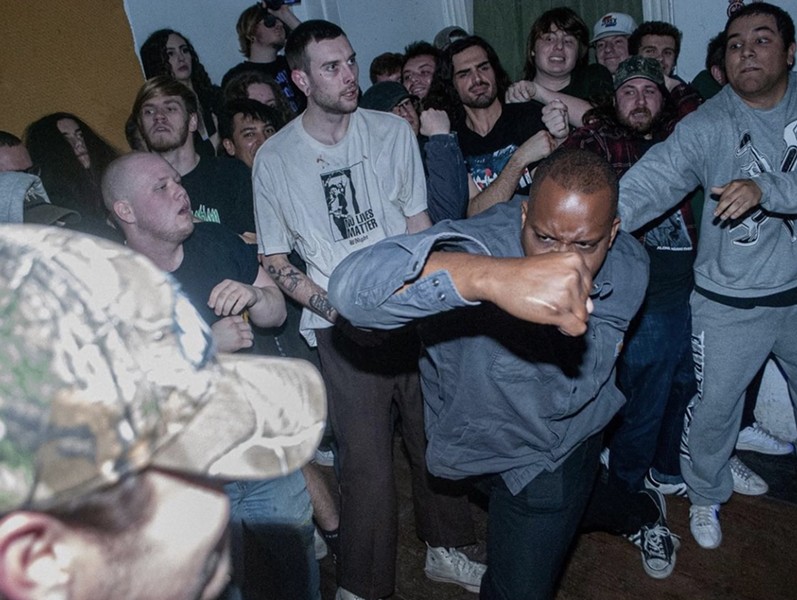 Ace Stallings, Richmond extreme music promoter, says that when he was getting into heavy, alternative music as a “frustrated kid,” people tended to clique up. “If you were into a type of metal, or a type of punk, or a type of hardcore, you kind of stuck more to just that corner,” he recalls.

But now, having booked shows in Richmond for years, he has a different outlook.

“In this day and age, why not just put it all in the same place?”

That’s the ethos behind The Big Takeover, a brand new festival being put on this weekend at several different venues by Stallings and hardcore-focused label, Triple B Records. It features two days of all kinds of acerbic, blistering, pummeling music and dancing to match. But more importantly, it represents an ongoing evolution of one of the River City’s richest cultural traditions.

The city is renowned for its contributions to heavy music history through bands like Gwar, Avail, Lamb of God, Municipal Waste, Windhand and Bracewar. But Richmond has gone without a major hardcore punk or metal festival since United Blood 2019. The legendary event ran for 13 years, helping cement the city’s reputation as uniquely productive and influential in the underground – particularly for its size.

“It is and will probably always be my favorite Richmond festival,” says Bobby Egger, owner of Vinyl Conflict record store. His shop specializes in punk, metal and underground music, and is about to relocate from Oregon Hill to a bigger space downtown at 300 E. Grace St. 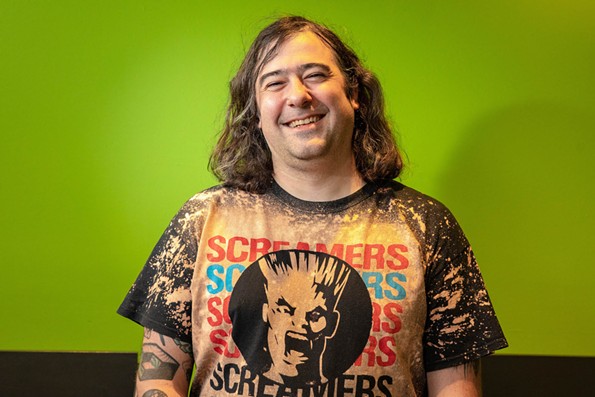 United Blood’s main purpose was to showcase what Stallings calls capital “H” hardcore, “like, meat and potatoes.” It thrived on the wealth of straight edge in the city then and, to an extent now, and was able to attract big names because of it.

Egger says the festival put Richmond’s name on the map.

“It allowed certain bands who were already up-and-coming, like Down to Nothing, to hit a national level,” he says. People came to United Blood from all over the world to catch the legendary status and see occasionally reuniting headline bands. But they would also leave having seen something new from the local scene.

“Richmond seems to be like, ‘Oh, I’m gonna go crash with my friend for the weekend,” Egger says. “The last two years it was organized, I had a fellow from Japan staying with me… he came in from Japan specifically to see United Blood.”

Of course, a festival one weekend a year is not enough to sustain a scene, and it’s hard to nail down exactly why Richmond has continued to be what Stallings calls a “hotbed that never really seems to stop.” [But local media, even Style, have been speculating about it for a few decades now].

“Every time I think, ‘XYZ band broke up, things are gonna start slowing down,’ like a new group of 50 kids shows up and starts making bands or something,” Stallings says. “It’s beautiful, because I don’t know a ton of other places that operate the same way.”

But he’s pretty sure the art school plays a big role.

“With VCU being kind of like a central point in the city, even through the ‘90s and 2000s,” Stallings says, “what you would have is a new swath of arts students and people into obscure things come in every year and replenish the scene with people and ideas.”

He says comparatively low costs of living in various parts of the city allow people time to work on music and art with friends. Others, like Egger, remain concerned about the specter of rising rental costs and stagnant wages.

“There’s a struggle between rent rising and people not being able to afford things that they were in previous years, but I think you’re always gonna find people trying,” Egger says. “I think there’s always gonna be a youth movement of people who are outsiders looking to get together, make loud music, meet each other, get radical.”

There are still a lot of places to play - the Camel, the Broadberry, Wonderland, and plenty of DIY venues (ask a punk) - so when a local staple like Strange Matter goes out of business, the community does its best to adapt.

But in February of this year, the organizers of United Blood announced that it was no more; the pandemic had forced multiple rounds of re-planning until the project was no longer feasible. “I can see how that would get exhausting, and I don’t fault them for throwing in the towel. They did a really incredible job,” Egger says. “They really set a precedent for all of the [hardcore] festivals in the United States, in my opinion.”

And while this defining piece of Richmond hardcore history is now in the past, Stallings says he wants the city to continue as a hub.

Stallings has become something of a giant in the local heavy music scene.

Richmond Hardcore Shows, his Instagram page, has become an essential source of show fliers, new music and announcements - wrapping up the local scene beyond projects he’s involved in. He sings in Mutually Assured Destruction, which has a brand new “crossover doom” album out on Triple B, and is playing night one of the Big Takeover. Stallings also hosts “Forum of Passion,” a long-form interview podcast where he goes deep on sources of inspiration with hardcore, punk and metal musicians - kind of like “Song Exploder” (a podcast where musicians examine their own songs), but for entire careers.

Stallings has had plenty of opportunity to reflect on where heavy music and the Richmond scene are headed today.

“When I put together Big Takeover, I was like, I don’t want to just do United Blood 2. Because I think that’s unnecessary,” Stallings says. Other festivals around the country are already serving that core hardcore audience. The Big Takeover is a chance to break out of that and bring bands from across the extreme music spectrum to the River City.

He wanted to reflect what he sees as the barely restrained mixing of genres and interests in the internet age - something that shines through in his podcast interviews - and unlike the cliques he grew up with. “You can go on Spotify, or a Bandcamp, or Youtube, and just fall down a hole of like, listening and being shown different things,” he says. “It’s people kind of getting down with a little bit of everything.”

It’s easy to see that idea in action just by looking at some of Richmond’s most recent output, such as Tempter’s blend of heavy thrash and Japanese hardcore, and Blazing Tomb’s hardcore-informed, knuckle-bleeding death metal.

Others carve out their niches along the acidic edges of freak punk: Public Acid’s d-beat reeks of discontent, and .gif from god are one of the most unhinged sounding grindcore bands today. The community has taken in all types of artists - local rappers like Nickelus F have long been big names in the scene - while BlackLiq recently turned frontman, providing pissed-off, righteous vocals on the new Armagideon Time EP.

“It’s been very apparent for many years now that hardcore interest has kind of sprawled into a lot of directions,” says Egger. “Hardcore doesn’t have like a specific definition - it means a lot of things to a lot of different people.”

“I think Ace has done a really good job of finding 2022’s version of that,” he says of the new festival. “You’re gonna get a chance to come out and learn some stuff.”

Egger’s most excited that Richmond will get a change to keep being the subcultural hub it has become for punks and metalheads; as well as the potential for new art from the mixing of genres.

He notes that the next wave of punks, thanks to the pandemic, haven’t had many chances to put their heads together and start creating yet. “You’re gonna be seeing new bands coming out of this and stuff, it’s cool.”

For Stallings, it’s about supporting the music and culture he loves, the stuff that was there for him as a frustrated kid, and making it accessible to more people who need it.

“The world is vast and people experience and live through different things, and I think that finding a connection to music that kind of mirrors that is important,” Stallings says. He’s hopeful the shows he puts on can help other young people find themselves.

“I think finding that commonality helps us feel not as alone in the world,” he adds.

But underneath all of that, there’s an incontrovertible truth: “You know, a lot of that stuff, it just sounds cool.”

The festival continues on Saturday, May 21 at the Broadberry featuring Terrorizer, Mindforce, Division of Mind, Dead Heat, High Command, Downfall, Spy, C4, Final Gasp, Armor, Protocol, Vomit Forth, and Killing Pace, all beginning at 1 p.m. Tickets are available from the venue websites. For any more details, ask a punk.