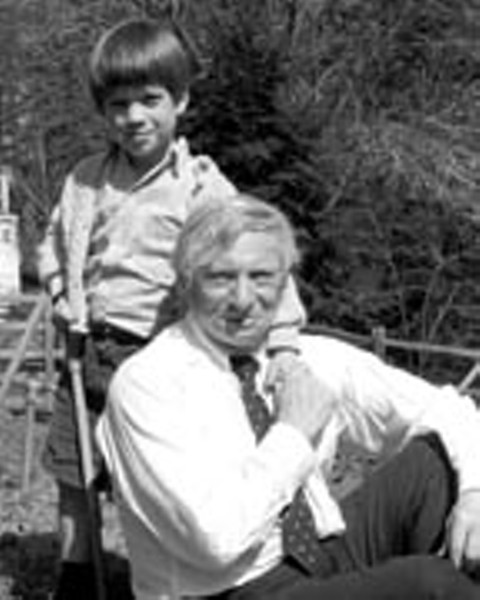 Kahn was a not a prolific builder, with surprisingly few finished projects to his name by the time he died at 73. Quantity however, as his rival I.M. Pei magnanimously points out in this recent documentary, is not the same thing as quality. Reputation resting on a handful of masterpieces, Kahn was a giant. "He was his own artist," Philip Johnson notes from his famous New Canaan, Conn., Glass House. "He was free compared to me."

The film was directed by Nathaniel Kahn, Louis' only son and one of two out-of-wedlock children Louis fathered by different women. Nathaniel never saw much more of his father than dreamlike visits in the middle of the night. This intimate investigation is partly a biography and partly a search, both attempted by a son seeking a closer understanding of the father he barely knew.

The results are mixed. The son's constant imposition into the frame sometimes gets in the way of the more important figure. Bad editing decisions result. Important details go missing. And while understandably poignant to Nathaniel, the subterranean matter beneath Louis' career comes across a tad gaudy in the shining light of his awesome achievements.

"My Architect" walks a fine line between the sentimental and the sublime. Its saving grace is that it does not shy away from this awkward juxtaposition.— Wayne Melton