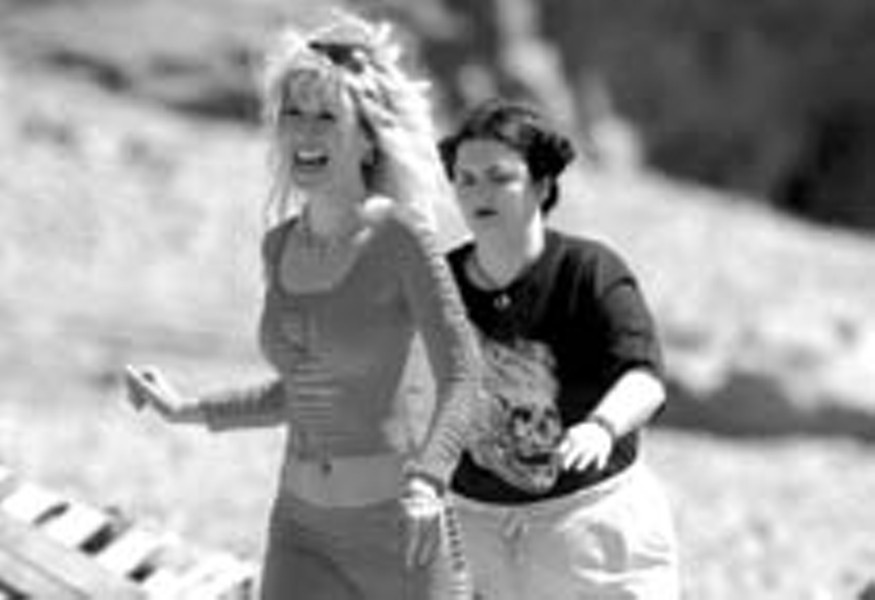 "Nighty Night" embraces bad taste, and the most hilarious moments are also the most uncomfortable. Like a British Sarah Silverman, Davis has shattered the stereotypes of female comedians with her calmly psychotic Jill, but as with Silverman, this will offend as many as it entertains.

If that all sounds a bit much, then you may find "Black Books" a more pleasant proposition. Bernard Black (Irish comedian Dylan Moran) is the misanthropic owner of a London bookstore. Like a spiritual heir to Basil Fawlty, John Cleese's character in "Fawlty Towers," he is openly hostile to the customers. He drinks heavily, opens and closes the shop when he feels like it, and delights in tormenting his longhaired assistant Manny (Bill Bailey). But unlike Tyrell in "Nighty Night," Bernard has a soul hidden somewhere beneath his eternal hangover. His grumpy-man act and cutting insults are somehow lovable when delivered in Moran's deadpan Irish brogue.

Much of the surreal humor stems from the classic odd-couple pairing of the cynical Bernard and the naive Manny. New-Age shop owner Fran (Tamsin Greig) completes the trio, but her character feels slightly underwritten and is often used as a plot device. That's when there is a plot, as the average "Black Books" episode has more of a theme than a story, which may frustrate viewers accustomed to traditional sitcom plotting.

Even in their home country "Nighty Night" and "Black Books" are not really mainstream entertainment, but they are great examples of what can be achieved when sitcoms are willing to push the boundaries of taste and