Rental Unit: “Until the Light Takes Us” 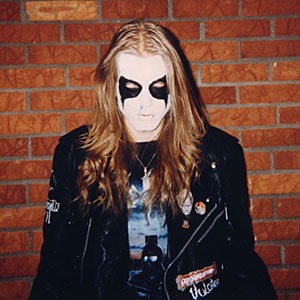 It helps to have a lot of background information when watching this music documentary on Norwegian black metal, a rambling film that is more fascinating than good. Forget the A&E “Biography” style and its helpful if predictable profile structure. “Until the Light Takes Us” gives its subjects the floor and lets them go. It's often difficult to know who's talking or who they're talking about. What they're saying, however, reveals a lot if you're paying attention.

Inspired by groups such as Slayer, black metal originated in Norway in the late '80s, and by the early '90s some of its major players had proven how seriously they took the occultist image co-opted from earlier bands. The movie primarily looks at the bands Mayhem, Burzum and Darkthrone, whose members all seem to have either died, gone to jail, or almost did.

That paragraph contains more background than this documentary is willing to offer, making it seem like the kind of project intended for fans, although that doesn't make what its subjects have to say any less shocking. Piece by piece you learn things. Mayhem member Euronymous (aka A~ystein Aarseth) found his singer, Dead (Per Yngve Ohlin), with his head blown off and made the photo into an album cover. His friend Count Grishnackh (Varg Vikernes), after burning a few churches to the ground, later stabbed him to death over a little misplaced paranoia. (You don't feel that bad for Euronymous, though, after you read that he advocated a Satanist state with institutionalized torture.) Another guy, someone from Mayhem, still admires almost 20 years later his band mate's stabbing to death of a gay man.

While some of it can be upsetting, at other times these determinedly unapologetic nonconformists can be quite pretentious. They're given so much unfettered freedom to espouse points of view without context that the results can come off like the black metal edition of “Spinal Tap.”

“Light” could stand a lot of improvement. There's no reason it couldn't have offered a rundown on the scene for the uninitiated. It could have included more of the music, as well. That music is excellent by the way. The only thing hard about being a fan is the people who created it, making this look into their psyches as helpful in that respect as a history lesson.  (NR) 93 min.