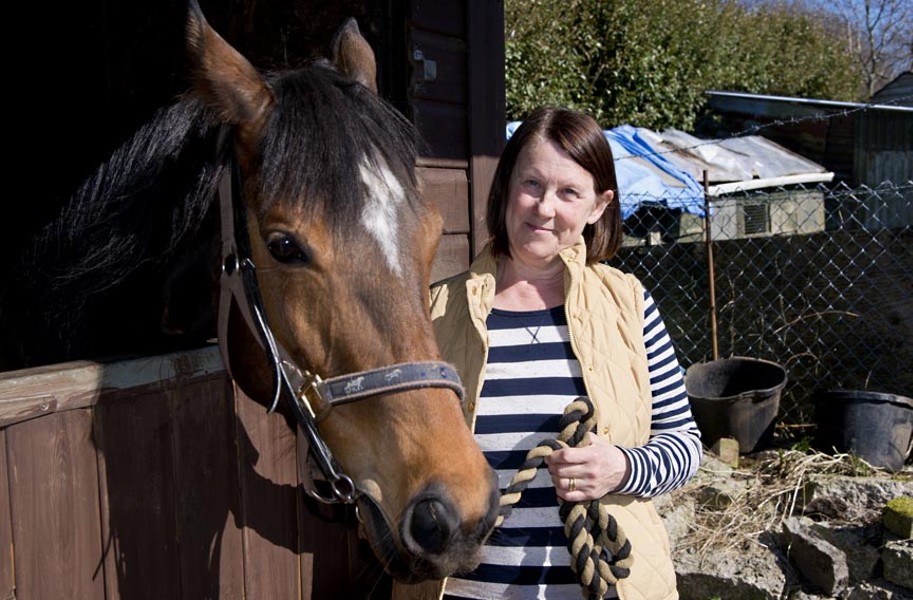 Like its title and protagonists, the documentary “Dark Horse” could end up an unlikely contender for awards consideration this year. About a racehorse with an amazing career and even more incredible pedigree, the film is much more than a feel-good story. There are serious considerations here, some purposeful and some perhaps not.

The film begins with Janet Vokes, a Welsh barmaid whose experience with animal breeding was limited to racing pigeons and dogs when she got the idea to breed a racehorse. Entering a sport typically reserved for the very rich, Vokes somehow found a manager and rounded up a large syndicate of village investors willing to each put up £10 per week to train a horse for racing.

That accomplishment is half the amazing part of the story; the other is what resulted. On March 23, 2001, Vokes’ horse Rewbell gave birth to Dream Alliance, a foal that would turn out to become one of the least likely champions in the annuls of the sport, a horse that grew up on an allotment — a British community garden — only to beat some of the nation’s top racers.

As the documentary notes, Saudi billionaires spend millions and many horses trying to accomplish what Vokes and Dream Alliance achieve in one go, and the documentary has much fun trotting out a motley crew of financial backers, commoners from a former mining town who bring their own sandwiches and ale to the races, reveling in their status as owners.

All claim to have done it for the love of the animal and the community, and seeing it unfold through director Louise Osmond’s lens makes it easy to believe. These are nice, everyday people and it’s great fun to watch them win.

But declarations of affection for Dream Alliance play roughly against archival footage of the jockey beating the animal on to the finish line with his crop. Vokes states several times that she had a “deal” with Dream to retire the horse at the first sign it grew weary of the sport, and yet the film counters that promise with the revelation that Dream pulled up several times in races after a serious injury, only to be dragged to the starting line again and again.