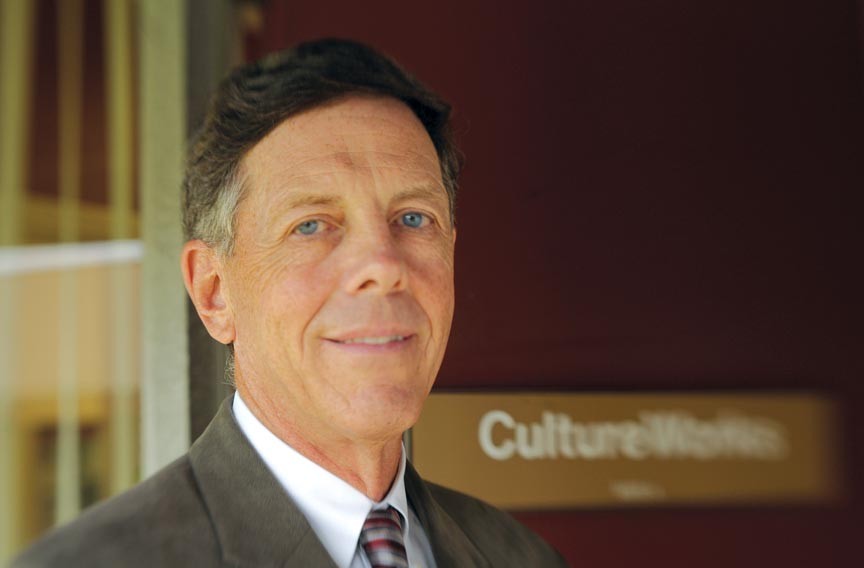 When he was hired as president of the 60-year-old Arts Council of Richmond in 2008, John Bryan had no idea that in less than a year he'd be called on to not only dismantle the council but also build a new local arts advocacy organization from its ashes.

Less than three years later, as president of Richmond's CultureWorks, Bryan has been recognized by the nonprofit Washington-based Americans for the Arts as one of the nation's top advocates. Bryan received the group's 2012 Selina Roberts Ottum Award, named for the late deputy chairwoman of the National Endowment for the Arts, on June 9. The ceremony was held in San Antonio during Americans for the Arts' convention.

"We hope that this national award for the Richmond community will help confirm for nonarts leaders that the arts are really essential things for great communities," Bryan says.

"John has been a transformative leader for the arts in Richmond," says Peggy Baggett, who nominated Bryan for the award. Recently retired from her longtime position as executive director of the Virginia Commission for the Arts, Baggett also recommended Bryan to head the Arts Council of Richmond. "I'm very pleased for this recognition of John but I'm also pleased because it shows this national organization is taking a look at Richmond and recognizing the renaissance ... we're having in the arts right now."

Bryan was chosen "because of his 30 years of outstanding work promoting the arts and the community of Richmond," says Americans for the Arts spokeswoman Catherine Brandt. "As the leader of CultureWorks, Bryan has brought attention to and collaboration among the arts in Richmond."

Bryan moved to Richmond in 1981 and led fundraising for Virginia Commonwealth University's School of the Arts for 22 years as the school's associate dean for development. An amateur fisherman and painter known for his realistic watercolors of fish, Bryan served as chief fundraiser for the Alexandria-based American Sportfishing Association from 2003 to 2006. He then worked as vice president of advancement for the Baptist Theological Seminary at Richmond before being tapped to head the Arts Council of Richmond, which morphed into CultureWorks at the recommendation of the Richmond Region Cultural Action Plan.

One of Bryan's achievements as cited by the award committee is the establishment of CultureWorks' annual Cultsha Xpo, a family-friendly "cultural shareholders expo" that promotes the works of more than 50 local arts and culture organizations.

Americans for the Arts also praised Bryan for forging strong ties with government and corporate leaders, something that the former Arts Council also focused on. Under Bryan's leadership, CultureWorks has taken on management of arts grants by Henrico-based Altria Group, parent company of Philip Morris USA. (Altria and Dominion are prominently identified as financial partners on CultureWorks' website.) CultureWorks also produced a yearlong seminar series about arts and culture and right-brain thinking for Hamilton Beach Appliances engineers.

Bryan successfully lobbied City Hall to cease taxing performance tickets given away by nonprofit arts groups. A goal of ending Richmond's admission-taxes has been less successful. He's also been a leading advocate for creating a destination downtown arts district, a widely drawn proposal that has its critics as well as supporters.

Bryan cites the hard work and unusual "spirit of cooperation and camaraderie" between local arts organizations as a reason that other cities are looking to Richmond as a model arts community. "I look at it not as a personal thing," he says, "but as a reflection of the significance of the very vibrant and rich arts we have here in the Richmond community." S

For more information on CultureWorks' CultshaXpo, slated for the Science Museum, 2500 W. Broad, on June 23, go to richmondcultureworks.org.