As Richmond embraces its newfound, youthful vibrancy, it also faces daunting socio-economic, educational and cultural challenges. But whatever successes our region can claim are due to many of those who have gone before. Six Richmonders who passed away this summer were special leading lights. They spent their lifetimes applying talents to bettering and illuminating the community.

Bettie Woodson Weaver died June 14 at age 98. Decades ago, when Chesterfield County was a rural appendage to Richmond, this far-sighted public school teacher embarked on a mission. She wrote "Chesterfield County, Virginia" a history of the sprawling jurisdiction. She also researched its buildings, led tours and introduced local history into the school curriculum. She believed that a sense of place, especially of one's own environment, was essential to well-roundedness. Weaver melded history, preservation and ecology in ways that enriched all who knew her. It's not by chance that she lived to see a county school, Bettie Weaver Elementary, named for her, an extremely rare honor. 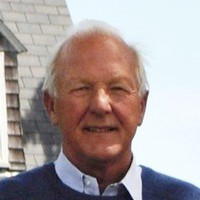 Langhorne Gibson Jr. was a family man, a businessman and an authority on the history of his native Virginia. The former president of Craigie Inc, a former Richmond finance and investment company and the author of seven books, died at 77 on July 16. As the grandson of renowned illustrator Charles Dana Gibson and Irene Langhorne Gibson, the nationally-celebrated belle during the Gilded Age, it is not surprising that among his books are insightful histories of the Commonwealth Club and the Country Club of Virginia, two of Richmond's oldest social organizations. This warm and delightful man also wrote "Cabell's Canal: a History of the James River and Kanawha." 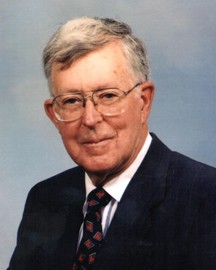 Throngs gathered on a recent and hot Saturday morning at Hollywood Cemetery to bid farewell to Dr. Hunter H. McGuire Jr. He died July 30 at 88. McGuire was remembered in words, song and through the brilliant sounds of a brass ensemble for his achievements as a talented surgeon, professor of medicine, family man, and a joy and mentor to hundreds. The Richmond native taught for 35 years at Virginia Commonwealth University School of Medicine. This exquisite gentleman was also a watercolorist and writer. Among his projects was, appropriately enough, a brief history of Hollywood Cemetery. 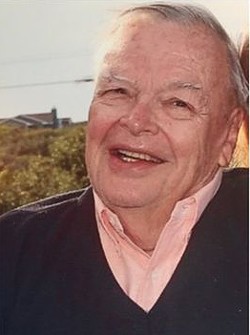 Many of those who remember Miller & Rhoads, the beloved emporium and a retail anchor of downtown for more than a century, also knew a man associated with that institution. George Bryson, a native of Montreal who moved here in 1930, was executive vice president of the company for 39 years. He died July 31 at 89. This merchant was graceful, ebullient and down-to-earth wherever one encountered him on the store floor whether touting a special, store-sponsored event or a new offering on the Tea Room menu. He later lent his talents to developing Montpelier, James Madison's Orange County home, into to the essential cultural destination it has become.

When the history of fashion in late 20th century Richmond is written, Annette Verbruggen Olsen will have a place in its pantheon. This native of the Netherlands arrived in Richmond in 1973 and five years later pioneered her upscale women's clothing shop, Annette Dean, in Shockoe Slip. She later moved to Carytown and expanded for a time to Alexandria and Williamsburg. Olsen died at 70 on July 28. "Gracious," "spontaneous" and "one-of-a-kind" is how she has been described since her death. I would add "determined" when it came to business, and loyal as a friend. Importantly, she was devoted to her family.

Richard Kevorkian, whose name and artwork are synonymous with late 20th century art in Virginia, died Aug. 6 at 80. Born in Dearborn, Michigan, he moved with his family here in 1945. His father owned Tony's, a diner on Hull Street when it was the bustling retail center of Manchester. He may have grown up at the lunch counter, but loved to explore the James River wilds. Later, he appreciated foreign study and travel. For many years he served as chairman of the painting and printmaking department at Virginia Commonwealth University, his alma mater when it was Richmond Professional Institute. Today the program is one of the leading such programs in the nation. His art work is in prominent public and private collections nationwide. S