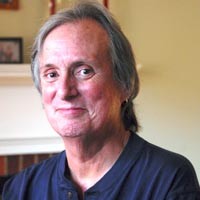 When John Boatwright caught his first federal case as a young defense lawyer three decades ago, his colleague, David Whaley, suggested he call the U.S. attorney's office to see if he could work out a plea agreement.

Boatwright went on to become an outsized character in Richmond legal circles — Whaley recalls him once referring to himself as the Mick Jagger of criminal defense — and in 2002 he became the region's first public defender for death penalty cases. He died last week at 56 after a long battle with hepatitis C.

“A lot of people don't know how well-read he was,” attorney David Baugh says. “Extremely well read. He could go to a book store and stand there and read a novel.” Baugh took over as capital defender after Boatwright stepped down. “He was so kind of frat boy in some of his behavior you'd never guess what a scholar he was,” he says.

During his career Boatwright defended the killer of Richmond police officer Douglas Wendel; Louis Shawn Lindenfeld, an 18-year-old who murdered his classmate Allen “Chip” Ellis; and James Earl Patterson, the first person executed after evidence turned up through cold-hit DNA analysis, in which genetic material from an inmate is compared with evidence from an older, unsolved case.

Claire Cardwell, a former city prosecutor and defense attorney, says that Boatwright was funny and fun to be around.

“He really, really loved being a lawyer,” she says.