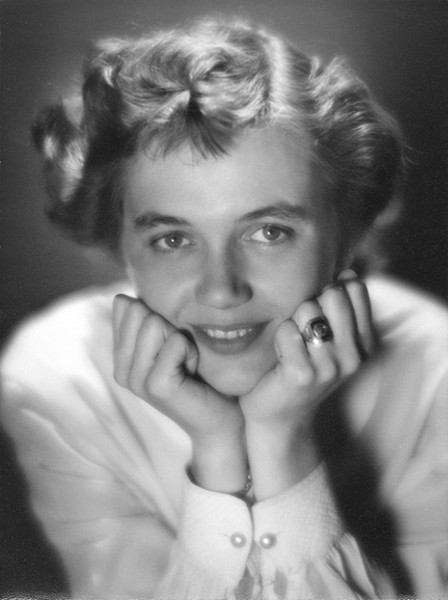 In the late 1940s, when she wasn't quite out of her teens, Barbara Wells Bedell decided to join a social experiment in integration. She was a Northern girl, an inquisitive spirit with a keen mind and a glint of mischief in her eye.

Bedell grew up just outside Syracuse, N.Y. She inherited her mother's intrepid nature, her father's humor, and from both, the steadfast ability to ignore social conventions that declared one person less than another. Bedell worked as a counselor at a camp that served children from Harlem before setting off to Ohio's progressive Antioch College, where she enlisted in a new student exchange program.

She and a student from the historically black Hampton Institute in Hampton swapped schools for one quarter. Two other women from other predominately white colleges also participated, but Bedell was the first of the three on campus.

It was 1947. Virginia was still the Jim Crow South. The New York Times reported that the enrollment of the three women "has caused considerable off-the-record comment in Virginia. Much of it is adverse, but little or nothing has been said publicly on the subject."

The Richmond Times-Dispatch noted that white and black college students had attended classes together in Virginia before. But, the newspaper sniffed, they didn't share dormitories or meals.

"Was my mom a social activist? I don't think so," says Bedell's daughter, Cynthia, who lives on the South Side not far from her parents' home. "I think it was just part of her curiosity. It was pre-civil rights and she was a sociology major and I think she wanted a greater understanding of race relations."

But in those days, in this state, even the smallest of social gestures was a form of protest. In her photos of the time, Bedell beams, arm-in-arm with her new classmates even as she was receiving letters of condemnation.

A person that open to the world draws it to her, and it was as if Bedell were lit from within, restless to know more. That quality never left her. Not while she was working in New York on public housing. Not after she met the movie-star handsome Robert Bedell, who for the next 64 years was her great companion in adventure. Not as a mother of four, collecting rocks with her children on a seashore in Scotland. Robert and Barbara Bedell moved to Richmond in the late '80s and there wasn't a country lane the two didn't explore.

"We were both curious to see what was around the next corner," Robert Bedell says.

At Antioch, Bedell was friends with Coretta Scott, who later married Martin Luther King Jr. — Corey and Bobby, the two friends called each other. Scott's older sister, Edythe Scott, was among the first full-time black scholarship students recruited by Antioch in 1943, and Coretta Scott King later wrote of the debt she owed Edythe, "Not everyone wants to be a pioneer, to chance being isolated."

Bedell was among those who did. Independent-minded, full of sparkle, ever-curious, "she was absolutely a pioneer," Robert Bedell says.