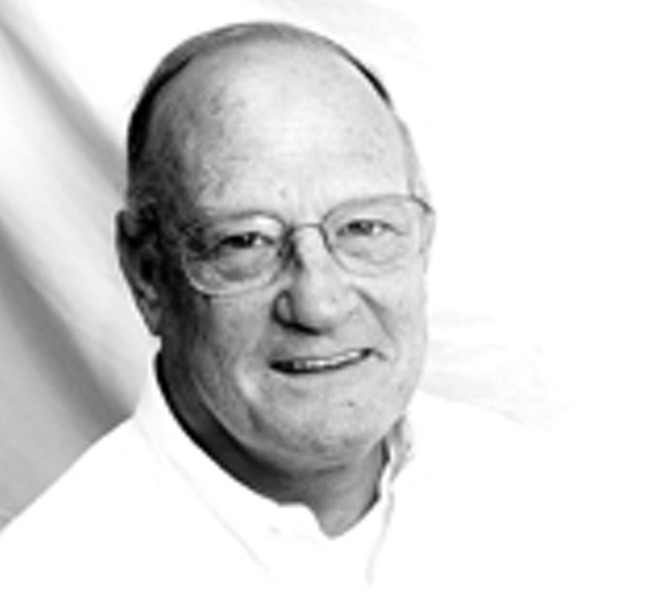 He was active in his church and in his community. He served the Virginia Press Association as president for a term and on its board for a dozen years. All kinds of people knew and respected him. His funeral on Saturday, April 17, attracted hundreds of such people to Ashland.

Hanover County changed dramatically in the years Jay piloted the newspaper, and he covered those changes with aplomb, an insane work ethic and a tremendous sense of humor. He valued good journalism.

He also valued good journalists. He trained generations of reporters and photographers at the Herald-Progress. Its alumni have worked at such places as Air Force Times, the Associated Press, the Bangor (Maine) Daily News, the Detroit Free Press, the Fredericksburg Free Lance-Star, the Los Angeles Times, the Manassas Journal-Messenger, the Newport News Daily Press, the Virginian-Pilot, the Northern Virginia Daily, the Richmond News-Leader, the Richmond Times-Dispatch, Style Weekly, the San Francisco Chronicle and the Washington Post.

Jay believed in community journalism, and he believed that every person had a story to tell. We told those stories under his leadership. We left the Herald-Progress with a dedication to covering people and events fairly and well.

We also left the newspaper with a propensity to revel in crazy people, not the least of whom are the crazy people who work, live and even sometimes sleep in newsrooms.

In the early 1990s, when Jay’s beloved Atlanta Braves made a run for the pennant, a photographer and I burned the midnight oil finishing a project. The back door to the newsroom swung open, and Jay walked in. “Smoltz!” he boomed. Too excited to sleep, he had come to work at 1 a.m. He habitually came to work at 3 a.m. If you wanted to get him on the telephone at the office, you had to call before noon. Otherwise, you called him at home, where he toiled in an attempt to escape the distractions of the office.

His hiring practices would have baffled a human resources department.

“I faxed resumes to lots of places that I didn’t think I could get a job,” says Chris Dovi, a former staffer. “The one I faxed to the Herald-Progress I don’t even think had a cover letter, just ‘Get me out of this P-R hell’ scrawled across the top. He called me back in minutes.” Dovi got the job.

Another former staffer once told me that Pace claimed he hired her by drinking beer until he passed out on a spread of resumes. When he awoke, the resume upon which his head rested was hers. She, too, got the job.

His methods worked. The Herald-Progress has won its share of honors, including twice the sweepstakes for newspapers of its size in the Virginia Press Association contest. One year, as he surveyed a room full of entries from Virginia newspapers — fine work all — Pace said, “You know what all of this is? A lot of shitty weekends.”