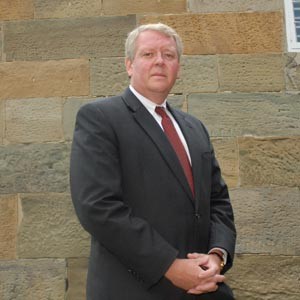 After the son of retired veteran Henrico County homicide detective Bob Hewlett was murdered in a tragic home invasion robbery in December, one of the first people who called to express his sympathy was Kirby Porter.

Hewlett got a double blow when news reports said last week that Porter, a former Hanover County commonwealth's attorney, apparently had committed suicide, jumping to his death in the Grand Canyon amidst an ugly divorce. “Hearing of his death was really, really tough on me,” says Hewlett, who had worked closely with Porter and considered him a friend.

News reports of Porter's death recalled how one of the infamous Washington Beltway snipers had struck in Ashland during Porter's watch as prosecutor. But to local law enforcement, the greatest accomplishment of Porter's eight-year tenure was his unflagging dedication to reviving the 1980 murder case of 6-year-old Alex Glanz, who was abducted from his Henrico home, sexually assaulted and found three days later in a Hanover field, bound in rope and dead from exposure.

Henrico and Hanover investigators long suspected that the murder was committed by John Bradley Crawford, a young exterminator. Crawford had been acquitted of molesting another boy and was convicted of abducting two young Hanover sisters in May 1981. The sisters and Glanz had been bound with the same type of rope, saturated in pesticide.

After Crawford received a 50-year prison sentence for abducting the sisters, longtime Hanover Commonwealth's Attorney Ed Vaughn declined to prosecute Crawford for Glanz's murder. Rumors spread that the decision had been made because of Crawford's familial ties to a former Hanover sheriff.

When Porter replaced Vaughn, he began working closely with Hewlett, a Henrico cold-case detective, on building a case against Crawford, who was due to receive mandatory parole in 2006. Porter's supporters recall him as incensed about the murder, and that the by-the-book Porter had no fear about bucking Hanover's good old boy system. Porter testified against Crawford at parole hearings.

“This is a new way of thinking of about cases that we've brought … to this office,” Porter told Style Weekly in a 2006 interview about the Glanz case. “This is a very heart-wrenching case. That was a very young, happy, healthy, vibrant child. To think that his death would go unaccounted for or unpunished is just … unthinkable to me.”

“Kirby was such an intense individual when it came to cases,” Hewlett says. “He was the glue that held that case together.”

Porter first brought the case to trial in 2007. It ended in a mistrial. After two more trials, Porter's successor, prosecutor R.E. “Tripp” Chalkley III, finally secured the murder conviction against Crawford in December 2008.

While Porter had been saddened that he was unable to see the case through to its completion, he was happy that Glanz's murder had been avenged. Hewlett called Porter immediately after the guilty verdict was brought down. Porter's two-word response: “Great job.”