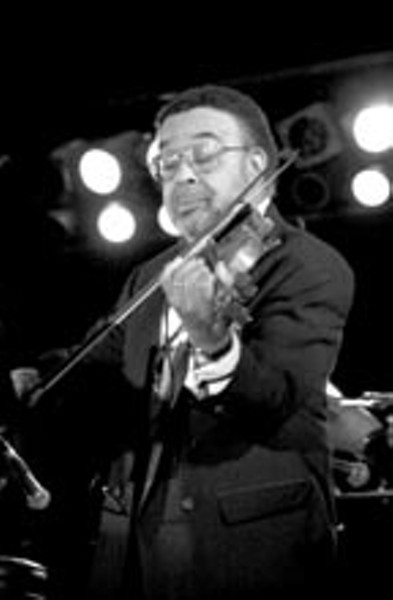 “He was one of the greatest persons I’ve ever known,” says composer-arranger Doug Richards, a longtime friend and frequent collaborator. “He had strong character, positive spirit, a gentlemanly nature and a wonderful soul.”

Starting as a teenager in his native Pittsburgh, he performed around the world with a host of jazz greats, including pianist Ahmad Jamal and his cousin Benny Carter. Kennedy’s wife, Jennifer, capably managed the business side of his musical career; they were married for 61 years.

In complement to his onstage life, Kennedy was a lifelong educator, inspiring the artistic growth of innumerable students, first as teacher and supervisor of music for the Richmond Public School system, then as director of jazz studies at Virginia Tech, a position he held until his retirement in 1995.

Some of his students became celebrated musicians. Others, including tennis legend Arthur Ashe, chose different paths. Fame was never the most important thing, Kennedy said: “I’ve had a lot of prominent students. … I have had a lot who are not prominent by worldly standards, but who made equally great contributions.”

Self-promotion was simply not in Kennedy’s character. Longtime drummer Dave Hoggard recalls the violinist’s self-effacing onstage demeanor. “He always told the audience what a great honor it was to work with us,” Hoggard says. “Of course he was the real giant.”

Wilson regrets that they never got around to a planned project focused on spirituals. “That music was always very close to him,” Wilson says. “It was present in his playing; the use of space and roundness of tone were very important to him. He delighted in the sound of a string vibrating.”

Kennedy was friendly and approachable, a life-size legend. He could have recorded more frequently, marketed himself more cunningly or lived somewhere with more cosmopolitan visibility than the city he loved. Instead, he followed his heart, to our great good fortune. — Peter McElhinney