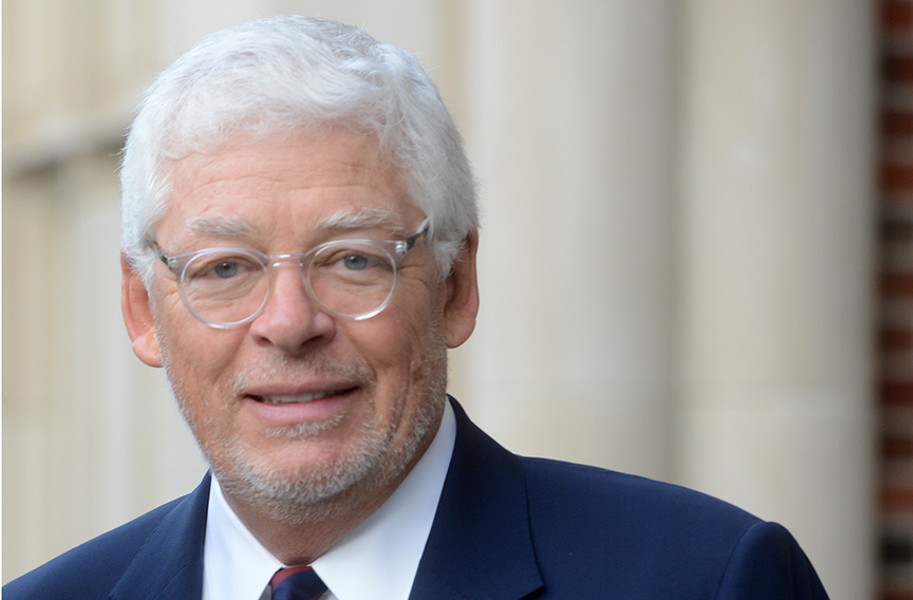 In recent months, most of the world has faced the fears and human losses from an international pandemic and related economic fallout. Since May passions have upended the national mood and the local scene with the death of George Floyd in Minneapolis.

But in Richmond and its orbit, family, friends, colleagues and admirers of William A. Royall Jr. were preparing themselves for the reality of another change: How would our community deal without the leadership and wisdom of a forward-thinking businessman, arts patron and philanthropist who was quickly weakening physically from Lou Gehrig’s disease, a neurodegenerative disorder. He died on June 25 at the age of 74.

Royall, a native of Tazewell County, was the founder of Royall & Co. in 1983, a direct marketing and fundraising operation for political campaigns and such not-for-profit organizations as Save the Whales and UNICEF. He later shifted the company’s focus to direct marketing student recruiting and management services for colleges and universities. An essential partner in the development and spectacular growth of Royall’s operation was Pamela Kiecker. She was a Virginia Commonwealth University marketing professor who in 2001 joined Royall & Co. as head of research for enrollment services. In 2009, Kiecker and Royall were married.

When the company was sold in 2015 for $850 million, it had more than 1,500 client schools. The company now operates as EAB with operations in Henrico County that employ some 500 people.

In addition to Bill’s impressive and talented leadership in business and the arts, however, were his energy, laser-sharp focus, intelligence, natural generosity, humor, community service, personal loyalty and deep humanity that shone in a multitude of projects.

In the early ’70s, I met Bill while an undergraduate at Virginia Commonwealth University. He was a transfer student from Emory & Henry College where he had founded a young Republicans club at the time another son of Southwest Virginia, Roanoke lawyer A. Linwood Holton, was energizing the state’s GOP en route to his being elected governor. I had transferred to VCU from Boston University where I’d embraced liberal activism during the height of the Vietnam War.

Bill and I worked on The Commonwealth Times. He studied journalism enthusiastically and as editor-in-chief of the student newspaper was an enfant terrible in the eyes of the university administration. One day, after we’d had lunch to discuss newspaper matters at Angelo’s, a popular hot dog joint near the old 6th Street Market, he wrote me an admonishing note: “Get a haircut.” In later years, we always stayed in touch.

After college, Bill worked at the State Capitol serving as press secretary to Gov. John N. Dalton. He had been campaign manager for the Republican whose term ran from 1978 to 1982. At this time I was working at Best Products, a Richmond-based national catalog-showroom retailer, as head of corporate communications.
One afternoon in the late ’70s at Best I was summoned to the office of the company chairman, Sydney Lewis. He, and his wife Frances, had co-founded the successful discount chain.

“Mr. Lewis,” as employees all addressed him, reminded me that the company was approaching annual sales of $1 billion for the first time. He inquired how we might mark the milestone. I replied that since it was the first time a Virginia-based retailer would hit so high a sales mark, it would be appropriate to include Gov. Dalton in any commemorative event.

Lewis peered over his glasses at me sideways as if to say: “That isn’t going to happen.” Recently, the Lewises had controversially endorsed and financially supported Dalton’s opponent in the gubernatorial campaign, liberal Democrat Lt. Gov. Henry Howell.

“I’ll give it a shot,” I replied, sensing that the Lewises would indeed be honored to play host to the governor and trusting that Bill Royall would get him there. Bill called back within the hour: “The governor would be delighted to join the Lewises at the showroom.”

“Geez,” I confided to Bill, “I didn’t expect Governor Dalton to respond immediately.”

“Don’t you know that a successful businessperson is a Republican sex symbol?” Bill shot back.

Not long after the showroom event, Dalton introduced the Lewises, who had become prominent art collectors of mid-to late 20th century art, to Paul and Rachel “Bunny” Mellon of Upperville. The latter were in the stratosphere of international art patronage and philanthropy. Although the Lewises were considering placing their collections with other institutions, the two couples joined forces under Dalton’s guidance. They funded the Lewis-Mellon Wing, or west wing, of the Virginia Museum of Fine Arts as a repository for much of their impressive art holdings.

I always guessed that Bill Royall had a hand in guiding that cultural collaboration.

In 1979, Bill left Dalton’s office and became president of North American Marketing Corp., a direct mail consulting and research operation. By 1989, Royall & Co. had shifted its focus primarily to college and university programs. Bill was asked in 1983 by a magazine interviewer why he’d left politics, which attracts individuals, who “love the process, its competiveness, its high-stakes, all-or-nothing way of life.”

He replied: “Political campaigns are the closest thing we have to war in a peacetime, civilized society. I liked the combat of campaigns. Campaigns allow you to get involved in a one-on-one situation with other people. But in state government, the bureaucracy takes a particular cut and breed of person to thrive in that environment.”

“I always admired the good, keen business mind that Bill possessed,” says John Hager, who served as Virginia’s lieutenant governor from 1998 to 2002 and as a friend of Bill’s followed his career. They first met when their young sons were in the Goochland Indian Guides program. More recently they were occasional fishing buddies on the river near West Point. They also served on the VMFA board together. 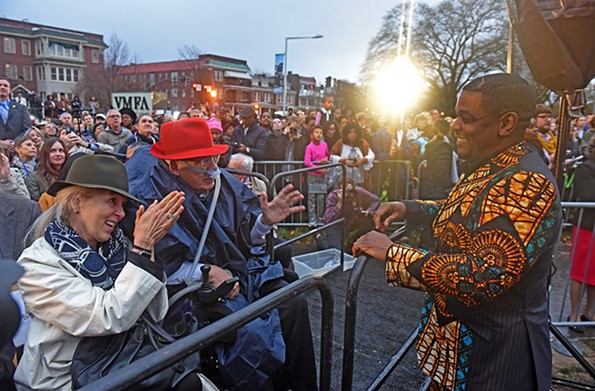 “It is great that he shared his knowledge with nonprofits; it’s what they need,” Hager says. “And as to his keen interest in art, that he was willing to share his success in that fashion is wonderful. It has meant a lot to our community.”

As Royall & Co. expanded and prospered, the Royalls began to ramp up their collecting of aggressive and challenging contemporary art. As their holdings grew, the Royalls demolished the house next to their Cary Street Road home to make room for a sculpture garden. They also remodeled handsomely a former industrial building in the Fan District to house their private art gallery.

Now, much of the art on display at any time in the museum’s 21st century gallery was either a gift or loan from the Royalls. Bill served as the museum’s board chairman from 2014 to 2016. The museum reportedly will open a newly installed exhibition later this month as a memorial gesture to Bill and a tribute to the generous couple.

Royall was also an active and generous supporter of Virginia Union University. It awarded him an honorary doctorate in 2016. At VCU, he served on the board of visitors from 2011 to 2015, including a term as vice rector.

And it was at VCU that Bill, and his wife, made one of their most impressive gestures toward the cultural life of our community. This was establishing the Institute for Contemporary Art, a noncollecting organization that is housed in an architecturally striking building at West Broad and Belvidere streets. The Royalls teamed with Richmonders Kathie and Steve Markel to serve as co-chairs of, and make major donations to, the $41 million capital campaign. The complex was an immediate landmark when it opened in April 2018.

But a crowning achievement of the Royalls’ passion for art collecting occurred in spring 2019 when Bill was declining physically—but not in spirit-- with his amyotrophic lateral sclerosis diagnosis. This was shepherding the development of, and raising funds for “Rumors of War,” a heroic equestrian sculpture depicting a young Black man, by artist Kehinde Wiley.

The Royalls were unable to attend its dramatic unveiling in New York’s Times Square in September for a temporary showing. But on a rainy Dec. 10, he was seated front row and center as, despite a resistant rope and tarp, the work came into full view on the Virginia Museum of Fine Arts grounds and facing the newly christened Arthur Ashe Boulevard.

Bill Royall’s smile could not have been brighter.