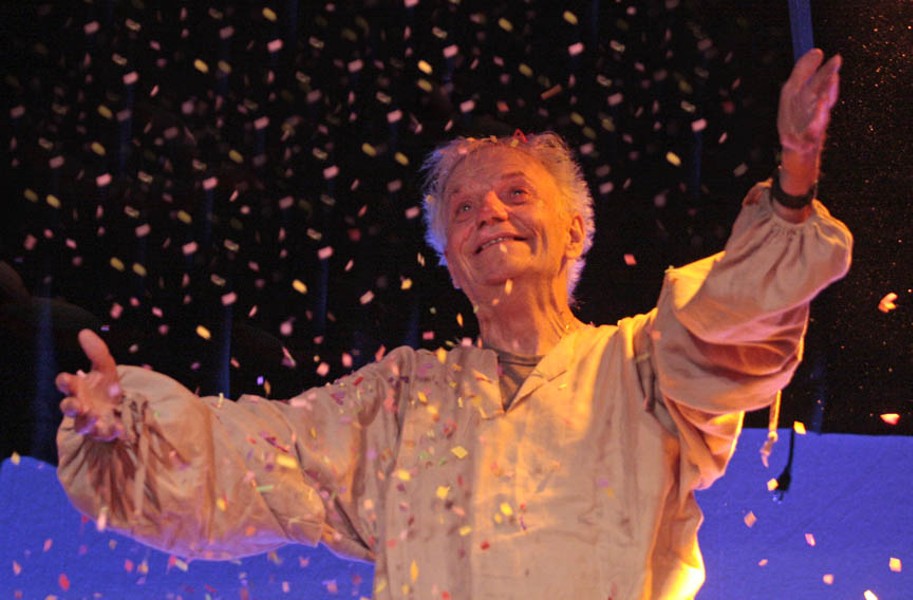 Comedian and writer Steve Moore liked to recount a story about going to the doctor after receiving his HIV diagnosis in 1989.

"He went in and did 30 minutes of jokes and stories," local comedian and theater critic John Porter says. While the doctor prepared to write a prescription, Moore explained that he couldn't afford the medicine. "The guy reached into his drawer and pulled out medication from patients who had passed away and made them available to Steve."

It's only one tale of how comedy helped Moore fight a disease that must have seemed like a death sentence more than two decades ago. Those who knew Moore speak of a man who loved life, music and a good dirty joke.

"He had a wicked mouth, god knows," says Phil Crosby, managing director of Richmond Triangle Players. "He could cut to the chase of anybody."

That mouth got him hired and fired five times by Roseanne Barr from the set of "Roseanne," where he worked as a warm-up comedian. But it also endeared him to Ellen DeGeneres, who came to his aid.

"Steve was losing his health benefits because he didn't have enough work under his SAG card, so Ellen DeGeneres would hire him when she had her sitcom," Porter says. "It kept him employed long enough so that his benefits couldn't be denied."

In 1997 Moore starred in the HBO special "Drop Dead Gorgeous" about living with HIV. Part of his act included imitating his mother, Wilma, whose malapropisms included saying that when she was cold she wrapped herself in a couple of "Africans."

"I've been there, Mother," he quipped.

"A hole was torn in the heart of the theater community scene when he died," says Richmond actor Michael Hawke, who appeared in shows with Moore. "Even though Steve wasn't the most major player, he was always there. You always thought he would be around because he'd survived so long with this horrible disease."

Moore died at his Danville home on May 24. The Byrd Theatre will open its doors June 15 at 2 p.m. — what would have been Moore's 60th birthday — for a public memorial service.

"He saw every day as a gift, and he lived it as that," Crosby says. "He always said, 'Life is good,' and he deeply believed it."