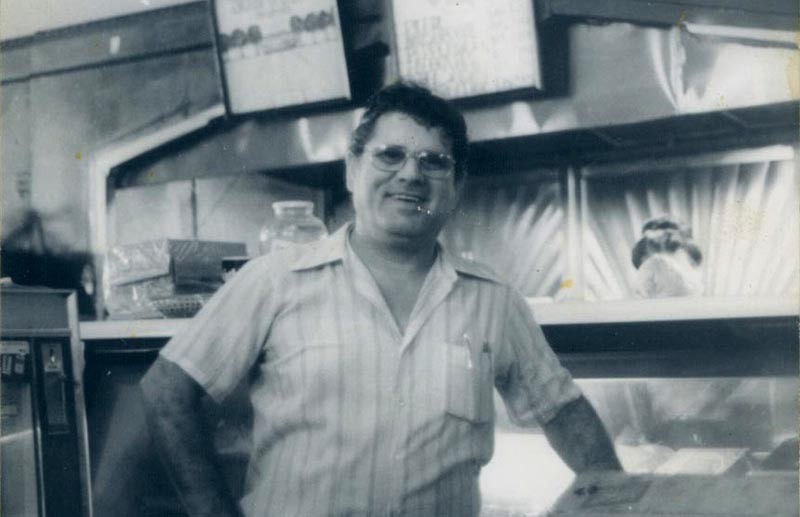 My grandfather, Stavros Dikos, or Papou as we say in Greek, died June 25. He was battling a leaking valve in his heart, and a staph infection had run rampant throughout his body. After four weeks in the hospital, and visits from all of his friends, family and loved ones, he passed peacefully. His death marks the end of era, but through his hard work and success at the Village Restaurant and Stella’s, Papou Steve gave birth to a new line of restaurateurs. I believe Stavros and Stella Dikos embody the true essence of the American Dream, and through opening their restaurants as they would their house for guests, they established lasting traditions that are carried on by my “Yia yia” Stella, and my parents Johnny and Katrina Giavos.

Papou came to the United States in 1951, and by 1957 he’d found a location in Richmond on Harrison Street which became the Village Restaurant (across from where the Village is today). Hearing stories about the old Village and its diverse clientele throughout the 1960s and ’70s made me jealous that I wasn’t around to see such an incredible part of Richmond’s restaurant history. After Papou died, I took to the computer, combing through the mass of comments on his obituary, and only then did I know the true effect this man had on the people he served. I am honored and flattered; I never realized his unbelievable legacy and the power of running a restaurant until that moment.

In 1983 my grandparents opened Stella’s, where Edo’s Squid stands today, featuring my grandmother as the star of the show — and boy can she cook. Every time I’m in Mamma ’Zu, I sit in awe listening to Ed Vasaio describe the old Stella’s. His vivid accounts of the food, clientele and atmosphere make me proud to be the grandson of Stavros and Stella. To witness such respect from successful restaurateurs such as Vasaio is incredible. After the closing of Stella’s on Harrison, a second Stella’s was born on Main, and I’ll never forget Papou cutting those steaks in the kitchen. He always wanted to be a part of the restaurant, even in his old age. I would hear him tell my mother, “the people want to see you in your restaurant,” and he couldn’t be more right.

Papou Steve was always a glass-half-full individual, never speaking an ill word about another, basking in the beauty of his heritage, Greek dancing his favorite dance, Tsamiko, and playing his accordion. He remained in good spirits until the end, and lived 85 years of good health and happiness. We can only honor such a wonderful man and continue his legacy here in Richmond. Here’s a toast to my Papou, Steve.

Giavos is a student at Parsons School of Design in New York.