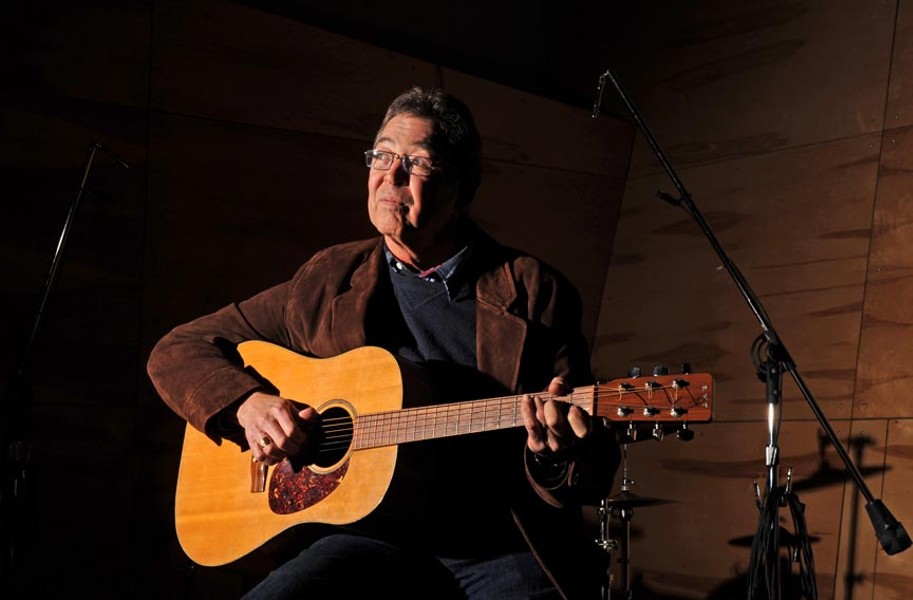 Robert W. “Robbin” Thompson had a talent for making connections.

He adroitly connected tones, rhythms and words to write songs that pleased loyal audiences in saloons and concert halls. Other songs the tunesmith penned were heard in movies and commercials.

When he was 7, Thompson moved with his family moved to Melbourne, Florida. In 1966 he launched his career as a recording artist in a Miami studio with “Baby,” a 45 single he co-wrote as a member of the Tasmanians. In 1969 he began studying advertising at Virginia Commonwealth University.

Thompson’s facility for collaboration had him fronting Bruce Springsteen’s band, Steel Mill, for a year in the early 1970s (watch a video at Styleweekly.com). The Boss was among an impressive list of artists that Thompson shared stages with.

In Richmond, after his stint on the road with Springsteen, Thompson’s connection with an advertising professor he studied under, Quigg Lawrence, opened the door into the ad biz. Thompson’s first jingle was for a blue jeans retailer, Pants at a Price. In 1990, with Carlos Chafin, he co-founded In Your Ear, a studio that creates and records music for commercials and films.

“He loved to collaborate,” guitarist Velpo Robertson says. “He was very generous, always happy to share credit.” Having played music together since 1977, Robertson recalls Thompson’s “great, absurd sense of humor. He was a lot of fun to hang around with on the road or at home.”

Singer and songwriter Susan Greenbaum worked with Thompson on a show last year at the Cultural Arts Center at Glen Allen.

“Never missed a rehearsal, he was in the moment,” Greenbaum says. “His performances were stellar — no one would ever have known how sick he was.”

Thompson’s death followed a 15-year battle with cancer. Four of his 12 albums were released after his first operation to stave off the disease.

In a 2013 newsletter about making his illness public, he wrote: “Another reason I’m kinda ‘coming out,’ as it were, is to hopefully inspire y’all with cancer or surviving with it to realize it’s not the end of the world. It sucks, it hurts, it’s life-changing, but with the right attitude it could help you live life with a very different outlook.”

Thompson is survived by his wife, Vicki, his two daughters and three grandchildren. If he wasn’t singing for an audience, one of his favorite pastimes was spent quietly at the helm of a sailboat, the Songbird.