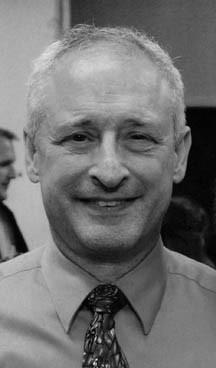 Richmond lost one of its most visible activists for interfaith work Feb. 28 with the death of Ben Romer, former rabbi for Congregation Or Ami and most recently the spiritual adviser to Bonay Kodesh in Chesterfield County.

Romer was known for his colorful ties, his wit, his commentaries on Judaism for The Richmond Times-Dispatch, his blogging at ravrva.net, his endeavors on behalf of women’s reproductive rights, LGBT equality and interfaith cooperation — and for his Gumby costume, which was a talisman of sorts.

“Semper Gumby,” as his daughter Elisheva Romer Clinton shared at his funeral, was the key to Romer remembering to not become strident in his passions and commitments. Like the rubbery green cartoon figure: always flexible.

Romer’s style as a rabbi was shaped in part by 22 years as an Army chaplain in both war and peacetime. “My responsibility is to make sure that I help each and every person get to where they wish to be, not where I am,” he wrote of chaplaincy.

The same could be said of how he worked in Richmond.

In his congregation, he reached out to couples in mixed-faith marriages, converts known as “Jews by choice,” and children, whom he included in worship services in roles traditionally filled by adults. In the larger community he worked on projects that created unprecedented interfaith dialogue and cared for those who had been marginalized, including the Interfaith Outreach United service day in Richmond.

“Our American foundational values demand that we reach out to those in need,” he wrote. “We don’t check to see for whom they vote, what synagogue or church or mosque they attend. We reach out in care and compassion because that’s what Americans do.”

His sincere desire to meet people where they were on their spiritual path made him many friends and admirers, hundreds of whom attended his funeral March 3.

In the crowd, nearly half of whom were standing along the walls and in the lobby of Bliley’s funeral home, were the expected friends and congregants current and former, as well as his wife, Karen, their three adult children, and other family members.

But there were also rabbis, priests, ministers, chaplains and an imam. Fellow travelers who had recently returned from Israel with him on an interfaith trip sponsored by the Richmond Jewish Foundation and the Richmond Jewish Federation mingled with Interfaith Outreach United organizers, local activists as well as the funeral directors who had worked closely with the rabbi on countless funerals of others over the years. Many agreed that the beloved rabbi would be irreplaceable in the city.

As Rabbi Patrick Aleph of Atlanta, who led the service, shared, “There is a Ben Romer-sized hole in my heart.”