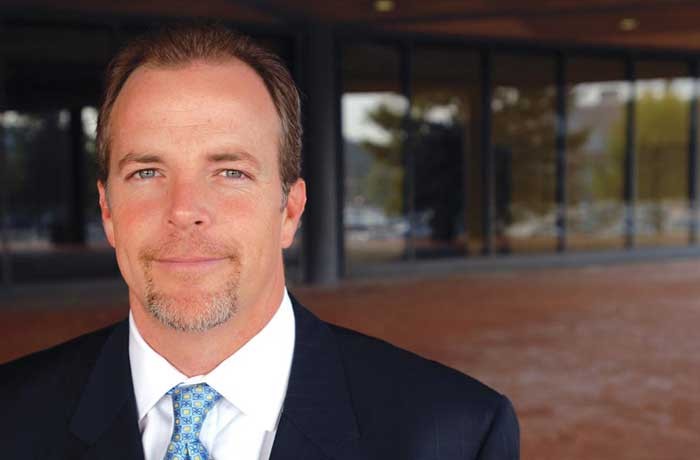 I distinctly recall Matt Geary's shattered iPhone lying on the wrought-iron patio table. We were sitting outside one August afternoon at the Starbucks off Lauderdale Drive in Short Pump. Geary was having a tough month. A little more than a week had passed since the Henrico County Republican Committee formally asked Geary, the party's official candidate for Henrico commonwealth's attorney, to leave the race. Its leadership deemed him unfit for office in part after Geary acknowledged an extramarital affair, which he said ended a year earlier.

At Starbucks, Geary showed up tugging on a half-smoked cigar, wearing a dress shirt with cuff links, slacks and brown sandals. He was slightly off-center, jittery yet seemingly comfortable with himself, all at the same time.

"The politics as usual is going to end here — win or lose — on November 9th," he said. Geary and the Republicans' stand-in candidate, Bill Janis, who ran as an independent with U.S. Rep. Eric Cantor's blessing, were handily beaten by a Democrat, Shannon Taylor, on Nov. 8.

Geary wanted a story on the inner machinations of the GOP, how Henrico Republicans were hand-picking their candidates for office. Geary says he was told to stand aside, it wasn't his turn. He won the nomination anyway.

Learned Barry, a deputy commonwealth's attorney for the city, says Geary — a graduate of Benedictine High School, Mary Washington College and the University of Richmond's T.C. Williams School of Law — quickly became the "ambassador of goodwill" for the prosecutor's office after coming aboard in 2006.

"He dealt with the family, the families, and that is the most emotionally draining part of the case," says Barry, recalling how Geary, then chief deputy commonwealth's attorney, handled the horrific Harvey family slayings. "He genuinely liked people and he always saw their good side."

But an extramarital affair and the political campaign seemed to take their toll on Geary. Barry says he ran into Geary a little more than a week before he took his life Jan. 29, but observed no signs. "No downcast face, no surliness, nothing," Barry says. "It was kind of like the same old Matt."

Local lawyer Barton Chucker, a friend of Geary's for more than 15 years, recalls how Geary could always elicit a smile. In court, he recalls once that Geary had forgotten to silence his cell phone and it rang, just as the judge was sentencing the defendant, with a loud "obnoxious ring tone." The judge looked in the direction of Chucker and Geary and demanded to know whose phone was ringing.

A month after our first meeting, I met Geary at Steve's Restaurant on Fifth Street. Geary openly talked openly about the affair and how it tore apart his family. He has five children, four boys and a daughter, and deeply regretted hurting them. Geary said he was working to repair his marriage, the ultimate test of his ambassadorship, but no easy task in the spotlight of a political campaign.

"I had to leave home for what I'd done," Geary said he told his children. Geary moved out of the family's house while remaining active in their lives, his friends say. But his troubles, it turns out, became too much to bear.

Correction: Matt Geary has four boys and a daughter. In earlier print and online versions of this story, Style incorrectly reported that Geary had three boys and two daughters. We regret the error.