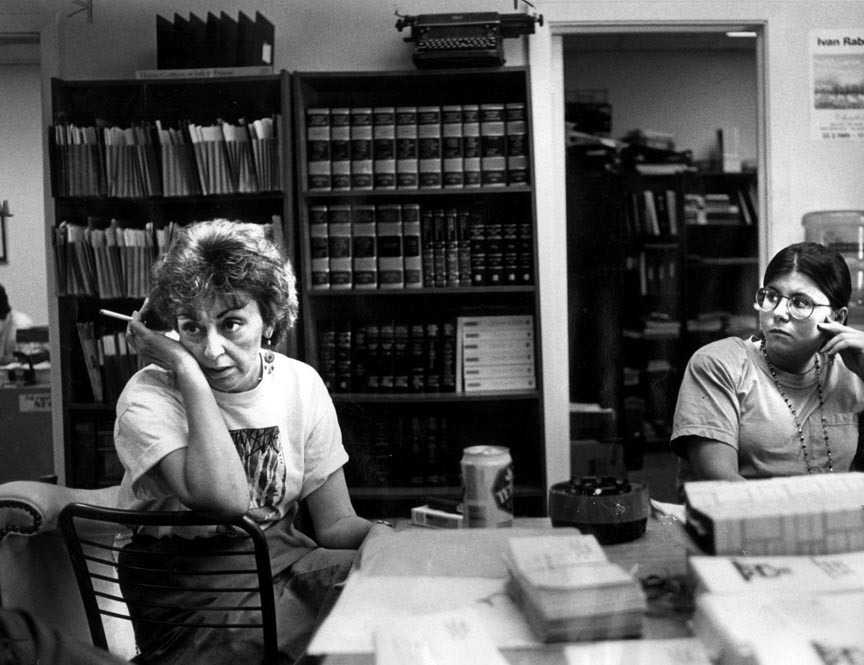 Years before there was DNA testing in Virginia, there was Marie Deans.

Deans' eye for innocence might have lacked mitochondrial precision, but it was fortified by an absolute belief: Innocent men are sometimes executed in America, and even the guilty deserve justice and compassion.

Deans, who died April 15 in Charlottesville, was perhaps the first person to recognize the likely miscarriage of justice in the case of Earl Washington Jr. In the mid-1980s, when Washington didn't even have an appeals lawyer, Deans and former death-row inmate Joe Giarratano took the initial steps that ultimately saved the mentally challenged prisoner from a scheduled execution and led, years later, to his exoneration.

I got to know Deans while working on a book about that case, but our paths crossed earlier. Anyone who covered Virginia's leap back into the execution business in the early 1980s, after a nearly two-decade hiatus, recognized the statuesque Deans for her husky laugh, steady brown eyes and personal acquaintance with the men on death row.

Cranking out news releases and manning telephones as director of the Virginia Coalition on Jails and Prisons, she was a tornado while executions approached, prodding churchmen, politicians and anyone who'd listen to remember the humanity beneath the killer's facade. She made countless prison visits to chronicle the conditions and bolster the spirits of condemned men, even in their final hours.

I wondered how Deans could shoulder such a thankless, draining task. Ironically, the journey began in tragedy — her own. A South Carolina native, Deans first focused on the death penalty after her mother-in-law was murdered by an escaped convict in 1972. Concluding that she didn't want to perpetuate a cycle of violence, she connected with the Southern Coalition on Jails and Prisons, arriving as its representative in Virginia in 1983.

That was the motivation she most often talked about, but there was another, she told me. Her own mother suffered from mental illness, and the experience taught Deans to separate the essence of a person from their worst actions, she said: "I had to reach the point where I could look back at my mom from her perspective, not mine."

Her activism came with a price. "You end up with bad health, your body's broken, you're running on spirit, and you can't keep doing that," Deans said in an October 2000 interview.

Yet, to the best of her ability, she did. After the coalition folded in 1993, Deans spent years as a mitigation specialist, ferreting out the details of childhood or experience that might help explain incomprehensible acts.

Deans died at 70, after battling lung cancer, with her dream of the national abolition of capital punishment unfulfilled. Still, she improved the lot of countless condemned souls during a passionate life dedicated to that cause.