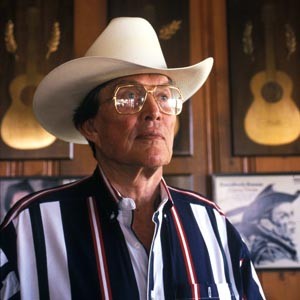 I remember the years when there were fewer singers so each was accorded more attention. These were the years when, to be a successful recording artist, performers had to be able to sing. But gradually that changed. Fabian came along and after that, a series of recording artists who had scant talent. Today they populate the musical landscape, and every year, some of them walk off the stage with Grammys.

I was the first one at Jimmy Dean's house the morning after the fire last year. Many of his treasures were soiled, or lost altogether. I paused and looked at the pile of debris in the driveway, valuable treasures from a past life. I found Donna wandering in a haze about the charred house. Her cell phone rang. She handed it to me. For the next several hours I answered her phone so she could be alone with herself. Finally I asked. “Yes,” she said, “we saved the Grammy.” I felt relief. I remember every word to “Big Bad John,” the song that brought the Grammy. And for a moment I appreciated once again a time when a Grammy really meant something.

My first encounter with Jimmy Dean was a complete surprise. I had come off the 6 p.m. news at Channel 12 with a phone call waiting for me.

“Gene. This is Jimmy Dean.”

I was stunned. I slinked down at my desk and cradled the phone. Jimmy Dean had actually called me. In my mind then, Jimmy Dean was a legend, along with Elvis Presley, Patsy Cline, Chuck Berry, Willie Nelson. … the list goes on. Performers who had talent, and because of it, success. Now, one of that time was on the phone asking to speak to me.

Jimmy had called to invite me and my wife, Ellie, to lunch on his yacht. I eagerly accepted, having a hard time believing that Jimmy Dean wanted my company. We went, climbed aboard the 110-foot-boat named “Big Bad John,” took off our shoes and walked slowly across the plush white carpet to the area where stewards served our meal. I don't remember what we ate, but I will never forget sitting in the presence of the great Jimmy Dean.

In the years that followed, Ellie and I became frequent visitors to the Dean house, and to his next yacht that was 143 feet long. This one had a baby grand piano that revolved on the floor of the great room. There, and in other places for the next several years, we gathered and enjoyed performances by Jimmy, Donna, and various friends from Nashville who would come for the occasion.

The last time I saw Jimmy he was frail. I knew then that his best years were fading away. His death brought sudden and enduring sadness to me. It's hard to understand; He is gone. I will think when I see his monument at Chaffin's Bluff, there lies the body of a hell of a man.