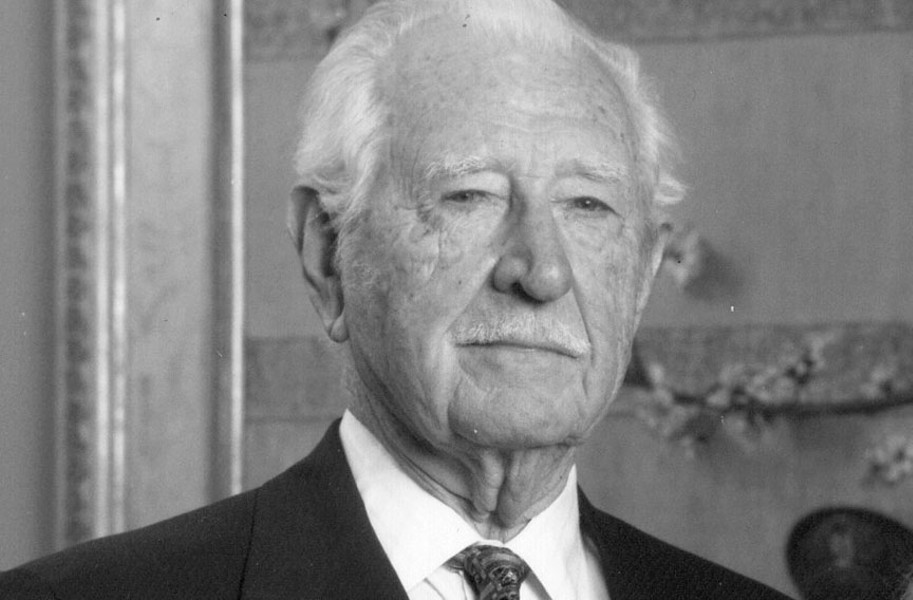 J. Harwood Cochrane, a no-nonsense but courtly corporate titan with a storied benevolence to the Virginia Museum of Fine Arts and local Baptist organizations, died July 25. He was 103.

A month earlier, on June 22, he spent the evening at a black-tie dinner at VMFA honoring past board members on the occasion of the museum’s 80th anniversary.

Born dirt poor in Goochland County, Cochrane took a job delivering milk in a horse-drawn wagon after his family moved to Richmond. Then, like a real-life Horatio Alger, he parlayed this experience into trucking. In 1935 he established Overnite Transportation, which grew into a national operation and was sold for $1.2 billion in 1986. A few years later, Cochrane created another trucking business, Highway Express.

During the 1970s while at Overnite, he changed the face of the Manchester neighborhood by constructing the massive Overnite corporate headquarters on Semmes Avenue. Then, he systematically bought up adjacent properties and took a scorched-earth approach to demolishing the housing stock.

“I don’t care about houses,” he told a reporter in 1982. “We’ve still got bootleggers and dope peddlers.”

In 1992, when the City of Richmond sought to purchase some 135 acres of the tract for redevelopment, he rejected its proposal. Instead, he turned around and donated the land to the Virginia Museum, where he and his wife, Louise, herself an artist, had previously established a substantial endowment for acquiring American art.

When Louise Cochrane died last December at age 99, the Cochrane’s marriage reportedly was the 10th longest in the world -- 81 years. With their financial success, the Cochranes had enjoyed private flights to New York for shopping and hosting lavish parties for family and friends, including fellow members of their beloved Tabernacle Baptist Church.

“He didn’t know a lot of people, but everybody knew him,” said L. Raymond Ashworth, a longtime associate and a former executive of the Virginia Trucking Association. “He didn’t have a whole lot to say, but you got the message.”

Some years ago, immediately following an Overnite meeting where Cochrane announced management promotions, a corporate officer approached him plaintively. “I would have expected to have been considered,” he said.

Cochrane replied, “You were.”