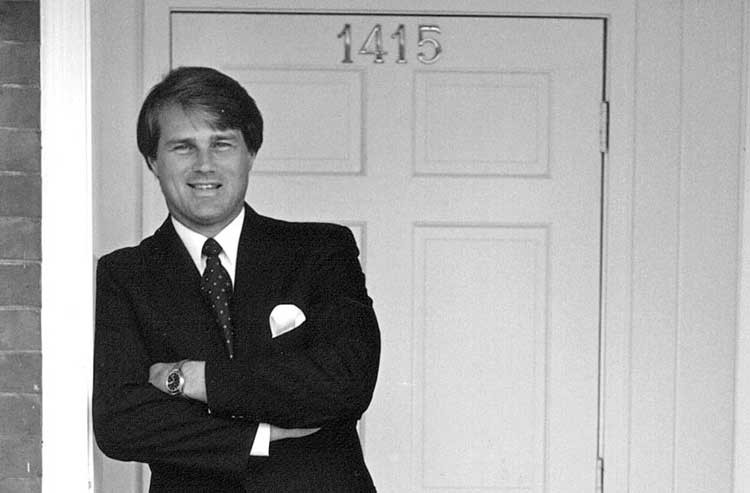 I was rattled to hear a few months ago that Richmonder Ed Eck was seriously ill. I was shocked to learn of his death Feb. 2 at age 70. A friend was surprised to read that he was three score and ten — he seemed younger. You see, Edgar C. Eck Jr., the head of Eck Supply Co. and a magician of a developer who methodically transformed the no man's land of West Main Street (and later West Cary Street) into a solid and attractive mixed-use neighborhood, always seemed the picture of health. He had a square jaw and Hollywood-handsome looks. He was buff and meticulously groomed, his necktie always tightly knotted and his thick hair brilliantine slick.

It made sense that a Gold's Gym anchored the neighborhood that Eck revived and proclaimed Uptown with a parade of colorful banners. But over time this district didn't need flags to announce its hip renaissance or commercial relevance. Eck painted the dozens of modest-scale buildings that he assembled and renovated in a spectrum of eye-popping colors. These were hues that staid Richmond hadn't experienced and wasn't quick to embrace — bubble gum pinks, Caribbean blues and banana yellows. The palette wasn't inspired by Carmen Miranda's headdress but chosen by a former wife, Hilda Eck. She had San Francisco connections and was inspired by the vivid colors of the "painted ladies," the 19th-century frame houses that populate the City by the Bay.

If Eck was fastidious in his grooming and colorful in his paint choices, his property management was Disney-like tight. It was rare that a leaf floated to the ground before one of his staff swept it up. Brick sidewalks were restored, empty tree wells planted and decaying storefronts converted to something akin architecturally to Williamsburg on steroids. He wasn't a preservationist in the strictest sense, but he attacked his rehabilitation of an on-the-fringes district with such conviction, consistency and quality that in the end, he couldn't be argued with.

Ed Eck had vision and determination. He now joins the likes of Elisabeth Scott Bocock and Mary Ross Reed, who jump-started the revitalization of an entire neighborhood when they stormed Church Hill in the 1950s and Millie Jones, who in the 1980s was tenacious in renewing the Broad Street corridor that has become an arts district. They are the patron sainthood of those who transformed the city they loved. They started by seeing the potential to which others were blind. S