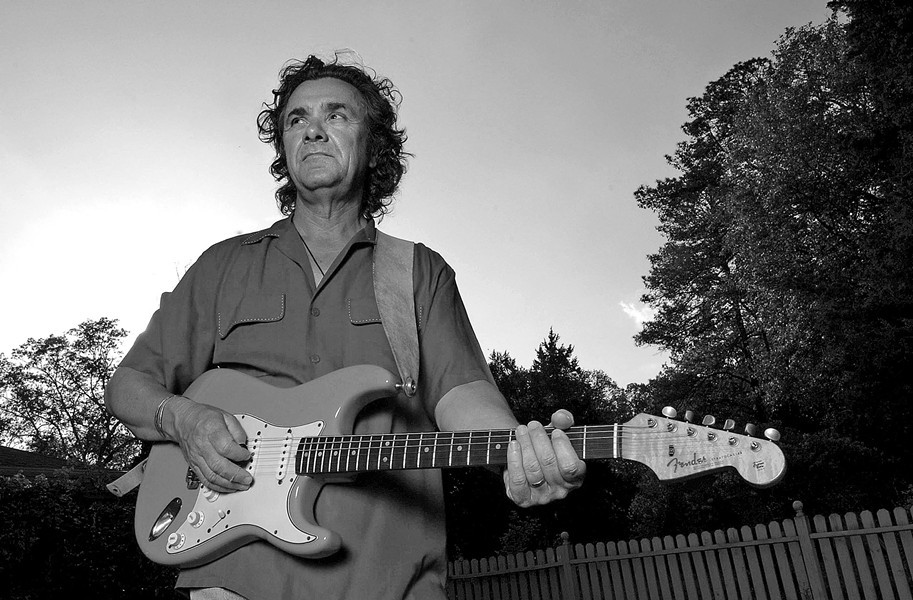 A prolific songwriter and blues rock performer, Billy Ray Hatley died on the last day of 2016 after a battle with dementia.

Hatley grew up in the Durham, North Carolina, area. He served a four-year hitch in the Navy and moved to Richmond in 1969, where he studied advertising at Virginia Commonwealth University and started the first of the locally based bands he fronted.

He and his wife, Sara, were married in 1992, and she survives him along with their two children, Samuel and Sierra. Richmond’s grand poobah of rock ’n’ roll shows, Chuck Wrenn, recalls Hatley's early '70s band in Richmond, BlackHawk. Then Wrenn goes on to speak fondly of Hatley’s well-received performances years later at High on the Hog. “We go back forever and ever,” he says.

Six years ago, Hatley’s escalating memory problem was diagnosed as a debilitating disease of the brain, frontotemporal lobe dementia. Among other harsh indignities came the end of his performances. But if the tunesmith could no longer recollect the words and chord changes of the songs he’d written, his bandmates could.

So, along with his wife, some of Hatley’s longtime sidemen from his two working bands put together a one-of-a-kind show. It pulled from Big City, formed in 1987 as a good-time, rock ’n’ roll band, and the Show Dogs, formed in 1999 to showcase music written by Hatley, with more of a country flavor.

The team that did the heaviest lifting to put together the Dec. 8, 2013, tribute at the National was made up of Rico Antonelli, Velpo Robertson, Dave Owen and Jim Wark. They decided to include songs written only by Hatley.

The late Robbin Thompson was the closer doing “Cold Hard Truth” and “Breaking Down,” Robertson recalls: “Robbin continued to include ‘Cold Hard Truth’ in his solo set from that night forward.”

“The most special event I’ve ever played,” Owen recalls. “The Music of Billy Ray Hatley” is still available at Plan 9 Music, owner Jim Bland says. An anthology of a musical life and legend.