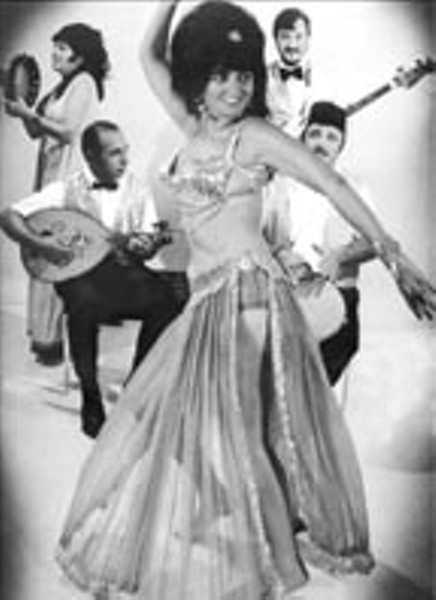 Adored for her grace, style and contagious sense of mischief, Robertson taught people that belly dancing is a respectable cultural art form, not to be confused with exotic or striptease dance. Those who knew her insist she did so at a time when belly dancing was frowned upon and largely misunderstood.

Her funeral Nov. 29 at Beulah United Methodist Church in Chesterfield County was packed with admirers whom she had touched and inspired. They were mostly women, well-poised and spanning generations.

In the early '60s, Robertson answered a newspaper advertisement that changed her life. Harry Tatian's Near Eastern Ensemble band was looking for a belly dancer. Robertson had been fond of the theater and had been in some plays. She seemed to know there was an entertainer inside her, waiting for a cue.

"Harry told her that if she could shimmy walk, she could belly dance," says Debbie West, a former student of Robertson's who now will run the 32-year-old school. Robertson spent a decade with the band before she decided to turn her love of belly dancing to teaching.

"She was just royal," West says. "She was also authoritative. She had a way of telling you what to do without you knowing it."

Her mantra was: Be a lady first, a dancer second. "She made no distinction in age, size, nationality or gender," says Doris McCormick, Robertson's close friend, designer and seamstress. "She taught us to dance and move freely with feeling and not to choreograph — something we apply to our daily lives."

Robertson loved big hair, sparkly costumes and animal prints. She was whimsical. At the drop of a hat she'd take off on a jaunt to Philadelphia, where her favorite male belly dancer performed.

Survived by her husband, Dr. Thomas H. Robertson, and daughter, Reva S. Lippa, Robertson left the legacy of "First Lady of Belly Dance" that will continue through her students, her friends assure. "I know she's keeping a watchful eye on us," McCormick says, "and I suspect she'll soon have the angels dancing and decked out in sequins." — Brandon Walters