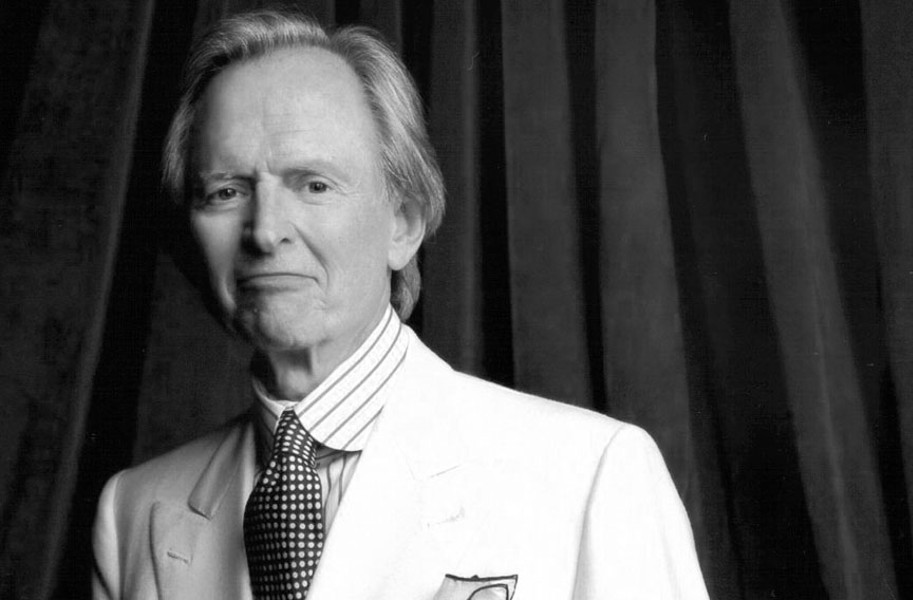 Richmond native Tom Wolfe, who died on May 14 at the age of 88, grew up in the North Side and was a 1947 graduate of St. Christopher's School.

Tom Wolfe was a whirlwind of contradictions and surprises. He was a manly dandy. He was a PhD who did the down-and-dirty work of an old-fashioned journalist. He was a nonfiction writer who produced bestselling novels. He was a soft-spoken Southerner who was often inspired by the world’s roaring Vulgarity, a gentleman who documented the decidedly ungentlemanly. He was slim and debonair, but he could fight like a street brawler when necessary, as his in-print altercations with pugnacious Norman Mailer clearly show.

It’s difficult to grasp how central his work was and still is to American culture. Richmond is the home of Edgar Allan Poe, James Branch Cabell, Ellen Glasgow, Tom Robbins, and Dean King—but it’s possible that "The Electric Kool-Aid Acid Test" is the most influential book ever written in the city limits. Wolfe’s work has been near the center of American literary culture since the 1960s, when it exploded onto the scene in "The Kandy-Kolored Tangerine-Flake Streamline Baby." Long before universities were offering degrees in “creative nonfiction,” Tom was writing something he called the New Journalism, in his hands that jazzy, sometimes hyperventilated style intended not merely to pass on fact, but to catch the excitement and fragrance (or stench) of the moment.

He once said, "I have never knowingly written satire. The word connotes exaggeration of the foibles of mankind. To me, mankind just has foibles. You don't have to push it." tweet this

He’s been translated into many languages. (I remember seeing a German version of "The Right Stuff" on his shelf. He said the title translated literally as "Heroes of the Nation" and shook his head at how much slangy American pungency was lost there.) A few years ago, a quick search through Britain’s prestigious Oxford University Press reference books found Tom Wolfe listed, quoted, or referred to in twenty separate volumes. In 2012, I found that Tom Wolfe appeared more often in Oxford University’s reference works than Stephen King, Dan Brown, and Tom Clancy all put together. Presenting the Library of Virginia’s Lifetime Achievement Award to Wolfe a few years ago, then-Governor Tim Kaine revealed that he had apparently read every one of his books closely and with rare and detailed understanding. Tom was astonished and deeply grateful.

Tom Wolfe was sometimes called a contrarian, apparently because he sought the story that other writers had overlooked or had been afraid to touch. And a satirist. But he once said, "I have never knowingly written satire. The word connotes exaggeration of the foibles of mankind. To me, mankind just has foibles. You don't have to push it." Still, Wolfe was often seen as a satirist because he examined social data with such ferocious energy and merciless objectivity.

He’s also been called a Naturalist, a kind of literary scientist whose field of study is the human animal. It’s true that Tom loved to tell the Awkward, Troublesome Truth—but he also needed to entertain himself while doing so. He showed it was possible to be a master reporter and, at the same time, a pyrotechnic stylist. One of my favorite reviewers, Michael Dirda, noted in the Washington Post that "Tom Wolfe . . . can do just about anything . . . with words." He was a man of honor and of art.

Despite the sometimes appalling nature of his subjects and characters, Tom Wolfe was no pessimist. He had what novelist Ian McEwan called “impatience with the professionalism of despair.” Many knew Tom better than I did. I look forward to their reminiscences. When I think of Tom Wolfe, I think first of the gracious, attentive Southern gentlemen I was honored to know over the course of decades. And then I think of the books, so many books, each of which he would generously inscribe with an Oscar Wildean flourish.

Poet laureate of Virginia from 2014 to 2016, Ron Smith is the author of four books, most recently "The Humility of the Brutes" (LSU Press, 2017). He is currently writer in residence at St. Christopher's School, where he also holds the George O. Squires chair of distinguished teaching.