Meet the designer charged with reinventing the 17th Street Farmers' Market as a bustling public square. 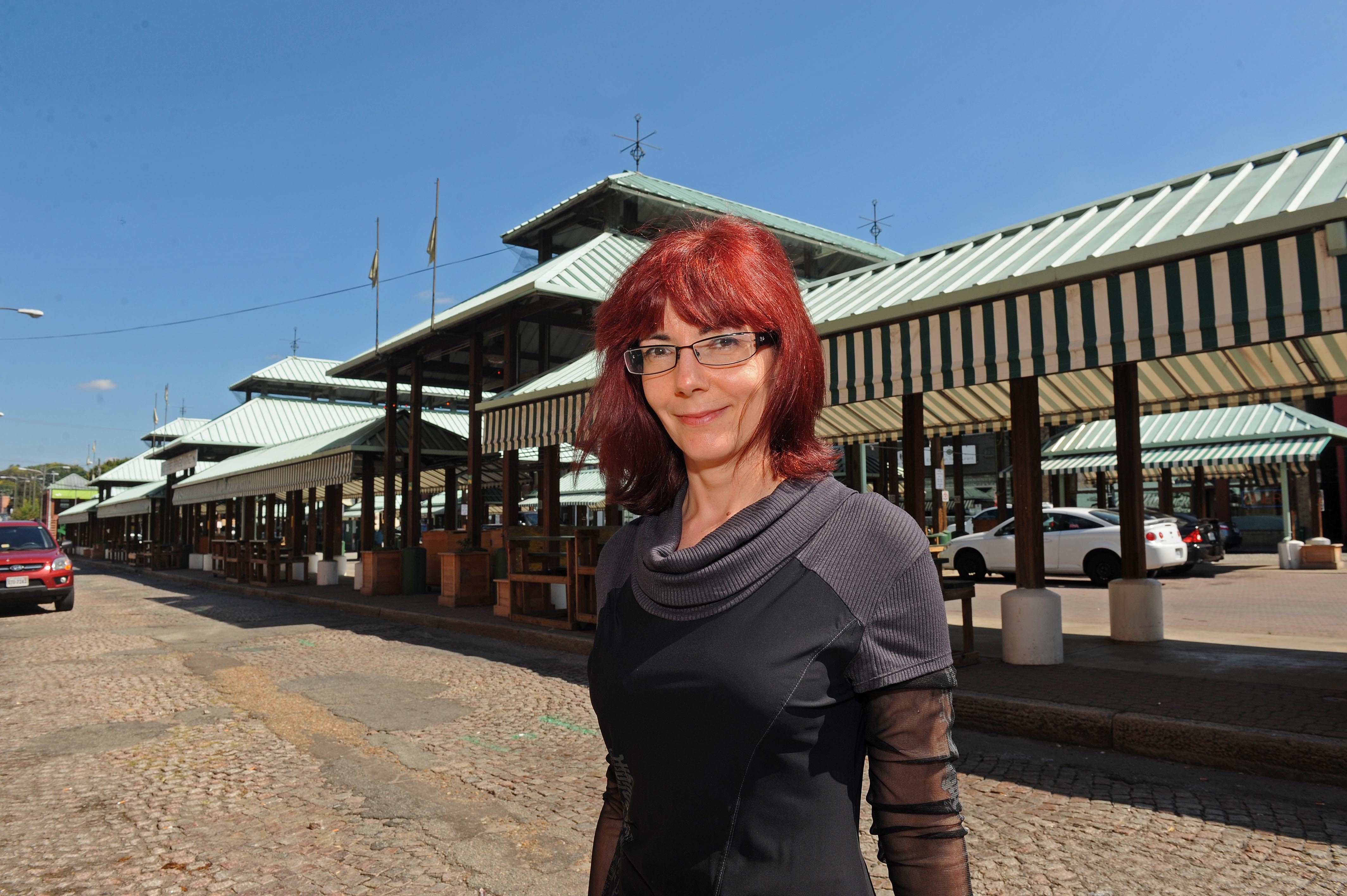 Except for one purveyor of vegetables, two women sleeping on a bench and about a dozen cars parked between stalls, the 17th Street Farmers' Market is vacant at lunch time on Wednesday.

Next door in Main Street Station, Elena Madison is asking a group of about 50 residents and merchants to imagine the market as a bustling public square.

It feels like a stretch, but it’s Madison’s job to make it happen. She’s a vice president at the Project for Public Spaces, a New York City nonprofit the city hired to transform the forlorn market.

Madison and city planners are mining residents for ideas about how the space should be redesigned. They’ll take them back to New York as they draw up a proposal over the winter. From there, the city plans to start construction by late 2014. There’s $3.6 million set aside in the city’s budget to do the work.

After the public meeting, Madison took a walk with Style through the market to talk about what she see’s working and what she can’t wait to change.

Style: What are some of typical issues you’ve seen in other spaces you’ve been asked to redesign?

Elena Madison: We have a lot of like, “Oops, this is not working. How do we fix it?” And a lot of times people are just set in their ways and it’s a little hard to push them out of the envelope to see that there are other ways of doing it. A lot of times private businesses feel threatened by the idea of, let’s say, public seating. … There’s a lack of understanding that people attract more people. And if you see a lot of people around you’re more likely to sit at a terrace.

Have you encountered much resistance in Richmond?

Well, there was a lot of, like, “Well, we already do that,” or “This is not how we do it in Richmond and we have this beautiful historic architecture and we can’t touch anything.” My response is: If the oldest preserved medieval town in Europe can do terraces, you can do it.” I actually told them this. It’s a UNESCO world heritage site. If it’s OK for them to have terraces, it’s OK for you, too. It’s not going to destroy your historic architecture.

So we’re standing here in the market now. Looking around what do you see as obvious things that need to be fixed?

The structure has to go. It’s old. It’s not functioning well as a market. It encloses the space. It cuts sight lines. It makes it kind of unusable. And that decision has actually already been made by City Council. So, I can’t wait for it to come down.

What else? What other obvious steps would you take?

There’s obvious basic stuff, like clean up. The [street] crossings are really bad. The light phases are really short. There are a lot of these very simple things. I live in New York and I walk a lot. I don’t understand this whole idea that there is no parking downtown. All I see is parking. There’s like seas of parking everywhere. Make a good map. Sign some agreements with whoever owns the garages so after hours that’s where you park. You don’t need to turn everything into parking. Why is there parking right here in the market? That doesn’t make sense. That’s another thing I see a lot, especially from merchants. They’re always worried when you’re going to remove the parking right outside their doors because it’s going to negatively affect their business. But if you look a little closer you find out that it’s usually either them or their employees that park right outside the door. So it makes no sense. Cars don’t shop and use restaurants, it’s the people. You want the people and not the cars.

Update: Madison is back in New York. We checked in via email to follow -up on what ideas she picked up while in Richmond. Also, to clarify, the $3.6 million budgeted for this project by the city is to convert the market into an urban square, not to redesign it as a farmers market.

Style: What ideas that you picked up in Richmond do you hope to incorporate in your plan for the space?

Madison: The most salient ideas from the workshops include an interactive fountain or water feature; a child-friendly element - this could be a piece of art that is child-friendly, a fountain, or simply appropriate programming organized in partnership with nearby day-care or school/after-school in the square. People talked about restaurant terraces as well as public movable seating, the need for shade, and a desire for the square to look and feel green, even if that means planters with petunias. One of my favorite ideas was the concept of a co-working communal table where area office workers could have their meetings outdoors, of course provided there is free WiFi in the square. For winter programming an ice-skating rink came up several times complete with a Holiday market, portable fire-pits, marshmallows and hot chocolate, all that with the understanding that this environment would be carefully programmed and managed.

There was a great deal of interest in maintaining market activity in some form through a variety of different methods. Holiday markets, night markets, prepared food markets and vintage/craft markets were all mentioned as possible temporary/seasonal uses for the urban square once it is completed.