Relearning Under a Master 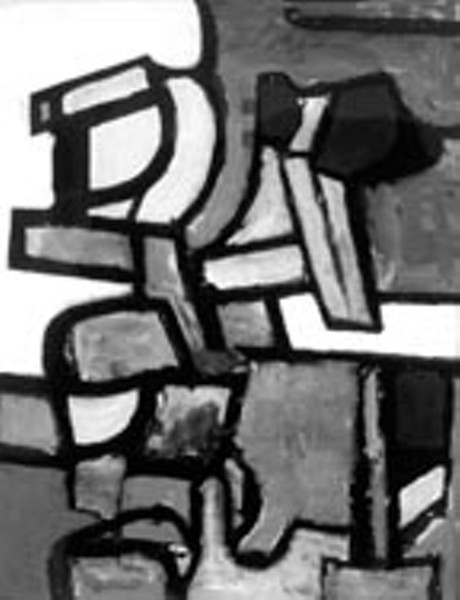 Reynolds Gallery's "Encounters with Hofmann" proves Hofmann's formidable influence on Blaine (1922-1995) and Pollack (1899-2002) by exhibiting drawings and paintings produced during and immediately after their days as Hofmann students.

Nell Blaine's small abstractions — departing dramatically from the academic tradition she followed in Richmond — illustrate how artistic convention gave way to forceful pattern, expressive brush-strokes, and unplanned compositions. She built her images here with biomorphic shapes that fit into each other like puzzle pieces, defining each shape with heavy black lines. These sometimes playful studies in color and composition suggest a comfort level with the expressionist sensibility Hofmann espoused, while Pollack's experiments seem tentative at times.

Blaine spent time with Hofmann when she was quite young, while Pollack, when she did so, was 58. Having established the art department at what is now VCU, and having taught for years (she once taught Nell Blaine), Pollack's midcareer role reversal reads like a boot camp. Her identity was torn down only to be built up again.

Pollack's early days as Hofman's student were difficult — he suggested she was an amateur. Judging from the drawings and paintings here, the experience seemed to have changed the way she would make art. Experimenting with the diverse styles of such artists as Franz Kline, Henri Matisse and Hofmann himself, Pollack produced numerous works in which her own artistic inclinations appear to be exorcised before one's very eyes. Several images made in the style of others seem painfully vulnerable, but her ink drawings, in which she attacks the paper with bold decisiveness, ring with honesty and intelligence.

As an exercise in art history, "Encounters with Hans Hofmann" opens a new door to Blaine's and Pollack's work. This collection of images speaks about rejuvenation and how teachers can change how we see, no matter how old we are. S