A film critic offers up some romantic films for Valentine’s Day. 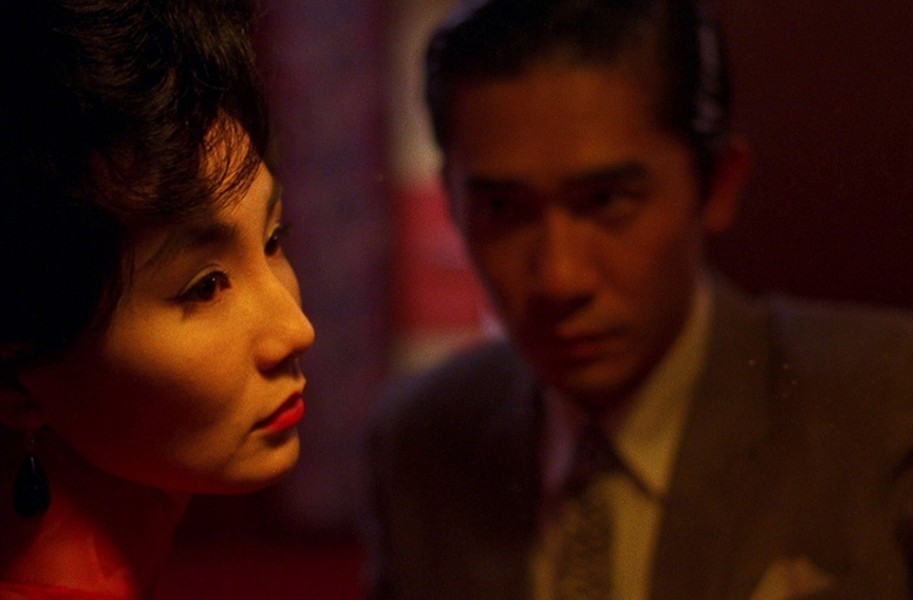 “In the Mood for Love”

With January over and Valentine’s Day in view, people are ready to forget their half-hearted New Year’s resolutions and return to eating and drinking as they please, a gastronomic status quo that begins its restoration with the Super Bowl, if not earlier.

Valentine’s Day is an opportunity to ply lovers with chocolate, booze, flowers and dinner, as well as a time for single folks to reflect on why their solitude must be emphasized for them in all caps after so recently navigating the similar social pressures of bigger holidays.

There is going out to dinner on Valentine’s, this year on a Friday, where one will experience most restaurants at peak levels of freneticism -- and there’s staying in to enjoy the intimacy of making a dinner for yourself and your loved one, or perhaps just yourself. There’s the potential movie to see, or play, or concert. Decisions, decisions, decisions.

Romance is pressure symptomatic of the work of maintaining relationships. This pressure often isn’t acknowledged by rom-coms, which generally utilize mistaken identity tropes as symbols of the riddles of cohabitation. I generally find movies about the effort of love to be more relatable, and even more romantic, than films that think happy endings should drop into your lap as a birthright. Below, I’ve outlined a handful of movies for various moods to watch on Valentine’s Day, their primary commonalities being their cinephile bona fides as well as an obsession with the emotional baggage that must be navigated in order to thrive with someone.

“The Shop Around the Corner” (1940)
This peerless romantic drama concerns two clerks at a gift shop in Budapest who strike up a pen-pal relationship, not knowing that they work and fight together in real life. Played by Jimmy Stewart and Margaret Sullavan, the clerks don’t think they’re good enough for each other, and this fear is reflected in the stories of the other employees of the shop, most heartbreakingly the store’s owner, Mr. Matuschek (Harry Morgan). Director Ernst Lubitsch fashions images of sublime sophistication, allowing the comedy to gradually morph into a poem of longing and loneliness. A great title for lonely hearts and couples alike, which was remade, insipidly, by Nora Ephron many years later as “You’ve Got Mail.”

“In a Lonely Place” (1950)
When most people think of Humphrey Bogart and romance, they think “Casablanca”— a fun yet overrated collection of one-liners. Bogie is terrific in that movie, but he gave his greatest performance as an alcoholic screenwriter named Dixon Steele in Nicholas Ray’s astonishing Hollywood melodrama “In a Lonely Place.” The name of Bogart’s character says it all: Dixon Steele is a broken, frustrated man with an exterior that’s very hard to penetrate. One woman does though, the beautiful Laurel Gray (Gloria Grahame), who teaches Dixon how to write and love again, until his paranoia destroys their union. The tragedy of this film is intensified by a little insider knowledge: Grahame’s marriage to Ray was falling apart at the time due to her infidelity with his 13-year-old son. This is a pick for the lonely hearts, or those who fear they have some element at their center that renders them unlovable. Most of us, if we’re being honest, have probably entertained such a fear.

“Groundhog Day” (1993)
Despite his rebirth over the last few decades as a hipster indie icon, Bill Murray has yet to top his performance in Harold Ramis’ “Groundhog Day.” It’s a movie for all sorts of holidays: the titular one, of course, as well as Christmas, because this is essentially a Scrooge narrative, and Valentine’s Day, as it follows a very Murray-esque asshole as he is gradually inspired by a woman (Andie MacDowell) to respect not only other people but himself. The sci-fi conceit of an endlessly repeating day becomes a profound metaphor for the psychological work of transcending our demons for the sake of empathy. Murray’s speech about how well he’s come to know MacDowell is among the most romantic moments in all of American movies.

“In the Mood for Love” (2000)
Kar-Wai Wong’s intoxicating romantic reverie centers on two of the most gorgeous people in cinema, Maggie Cheung and Tony Chiu-Wai Leung, who play neighbors who fall under one another’s spell in the wake of their spouses’ infidelity. Kar-Wai utilizes this Lubitsch-ian set up as a framework for a fountain of explosive images so passionate they’d make Technicolor blush. These colors embody the love that these neighbors will not consummate, and so the film becomes a poem of purposefully dashed dreams and of martyred denial, which are also expressed by fleeting, recurring physical gestures that are elevated by Kai-Wai to a level of mythical iconography.