A look at the influx of new restaurants that have swept through the high-rent corridor of Libbie and Grove Avenues. 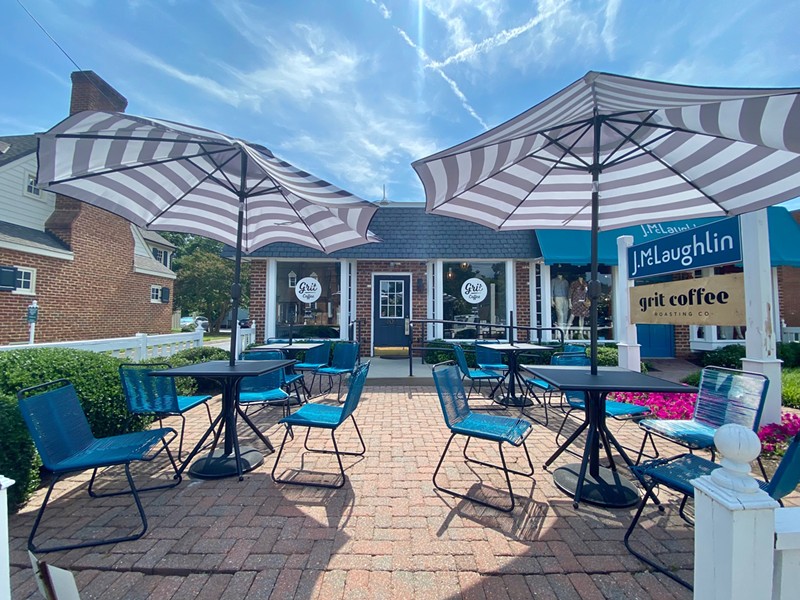 Scott Elmquist The exterior patio in front of Grit Coffee at 409 Libbie Ave.

For much of 2020, the dining options in the previously hopping, high-rent corridor of Libbie and Grove Avenues seemed to be shrinking as fast as the economy as a whole.

Establishments that had been active anchors of the neighborhood at one time - Starbucks on Grove, Sweet Frog on Libbie, and Cafe Caturra on Grove- were all shuttered within the span of a year. While the dark days of lockdown dragged on and storefronts sat empty, local residents waited hopefully and rumors swirled of what might be opening when and where. The anticipated restaurant renaissance is now in full swing on the Avenues, and an influx of new establishments in the past two years - including Grit Coffee, Cameo Cakery & Cafe, Cocodrilo and Conejo - is reinvigorating the corridor’s dining and shopping scene. 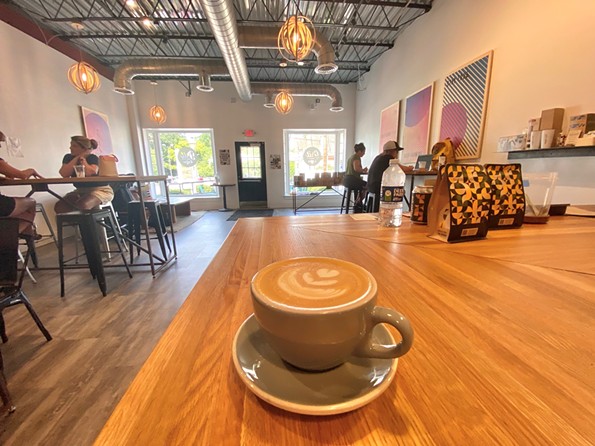 Grit Coffee, a roasting company with multiple locations in Charlottesville since 2008, opened its doors on Libbie Avenue, in the former Sweet Frog storefront, in the fall of 2020. The caffeine vacuum left by Starbucks’ departure from the area was a fortunate coincidence for the Charlottesville roaster. Brandon Wooten, a partner with Bread & Table, the parent company of Grit, recalls the group had been looking to bring its house-roasted brew to Richmond for some time, and despite the challenges posed by the pandemic, the location and timing of their opening on Libbie seemed meant to be. In addition to traditional options like brewed coffee, espresso drinks, hot and iced teas and baked goods, Grit offers seasonal specialty drinks you won’t find at a big national chain. The blackberry mocha and passionfruit green tea shouldn’t be missed. Their house-roasted whole beans are available in stores, at a few select outside retail establishments and through a subscription service on the website providing home delivery. A new location may soon be opening in Scott’s Addition, Wooten reveals, and the management team foresees the possibility of further expansion, in Richmond and beyond. 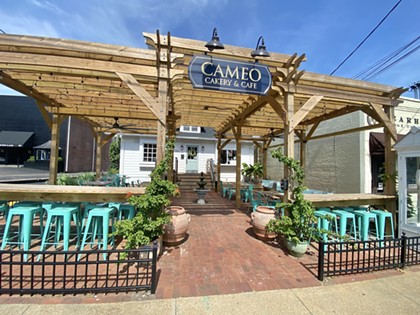 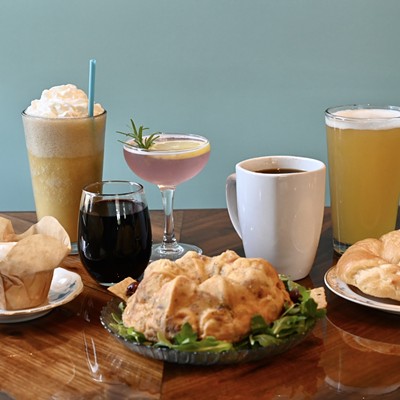 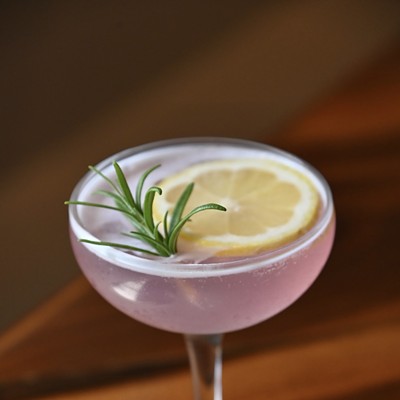 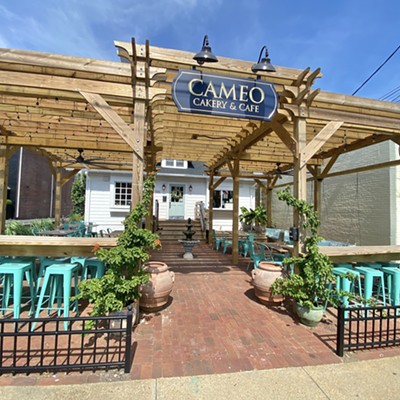 Just down Libbie Avenue from Grit, Cameo Cakery & Cafe also brings a thoughtful coffee program to the corridor, as well as a full menu of sweet and savory dishes. The cafe is the brainchild of owner/chef Christina Miller, who turned her small home baking business into a thriving storefront with the launch of Cameo. Miller says the availability of the prime Libbie Avenue location, formerly occupied by Sara Campbell Boutique, nudged her to take the leap of opening her own bakery. Miller envisioned an establishment that offered something for everyone, even those without a sweet tooth (ironically, she now eats sugar-free), and so set about developing her house specialty, a “savory cake.” These gluten-free, egg-and-cheese-based cakes eat like a cross between a quiche and a cheesecake, are served in charming mini bundt form, and offered in meaty, seafood and vegetarian varieties. Charcuterie boards, stuffed croissants, sandwiches, and salads round out the savory choices. Of the many sweet treats on the menu, the cupcakes rightfully take star billing. Cameo showcases a rotating selection of seasonal flavors, like Key Lime Pie and Dreamsicle, as well as traditional chocolate and vanilla combinations, and custom cakes are available for special order. Miller also takes pride in her beverage program and worked closely with local roaster Carytown Coffee to develop a comprehensive coffee and tea service. Wine, beer and cocktails are also available. Local artwork, cushioned porch swings, and a shady arbored patio, encourage guests to linger and return, as many do. 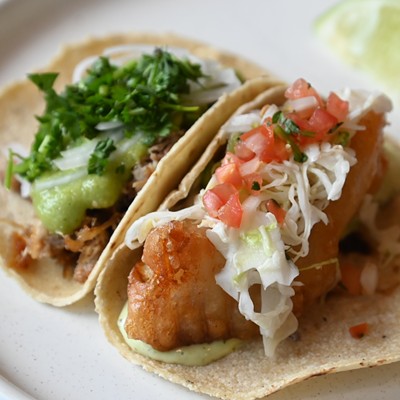 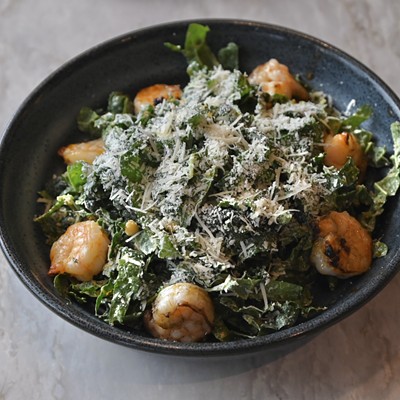 Conejo on Patterson
By Scott Elmquist
Click to View 5 slides

Conejo on Patterson and Cocodrilo on Grove both showcase Latin American flavors, but each with a distinct emphasis. Conejo, a “Cocina Mexicana,” was launched in March 2022 by Big Kitchen Hospitality (think Tazza Kitchen), along with Mexican-born chef Danny Mena, owner and operator of two successful New York City-area establishments. John Davenport of BKH discovered Mena through his cookbook, Made In Mexico, they struck up a friendship, and after several months getting to know each other over Zoom, the group convinced Mena to bring his talents to Richmond. Mena’s menu of mostly small plates is firmly rooted in the Mexico City street food of his childhood, and elevated by the house-milled heirloom corn masa used to make the tortillas, sopes and tostadas. With multiple variations of tacos, ceviche and antojitos (“little cravings,” or street snacks), the menu is meant for ordering and sharing liberally. The killer guacamole and an authentic Tijuana-style Caesar salad are standouts. The cocktail program, run by Lauren Spain, fuels the lively bar scene and showcases classic as well as non-traditional margaritas such as Cucumber Jalapeno, Blood Orange, and Grapefruit Gauva. Agave purists may customize a flight from an extensive selection of tequilas and mezcals. 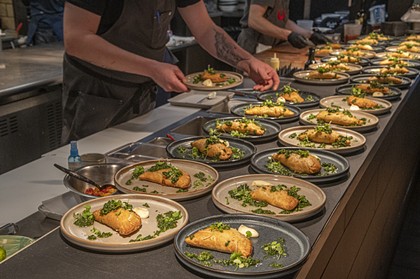 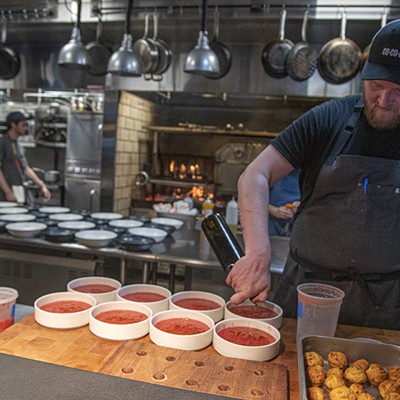 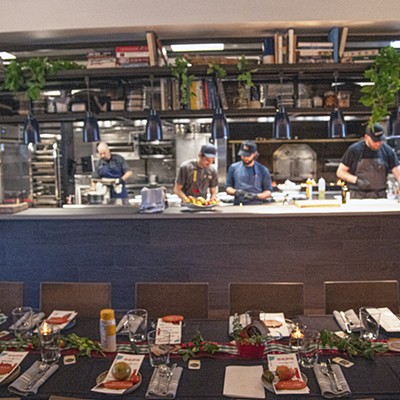 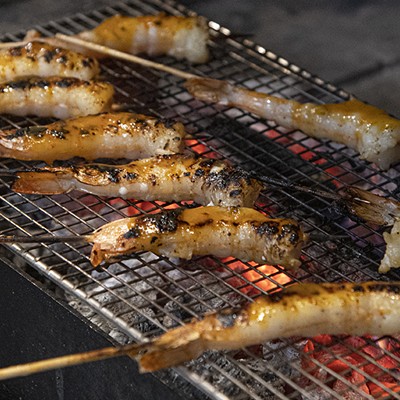 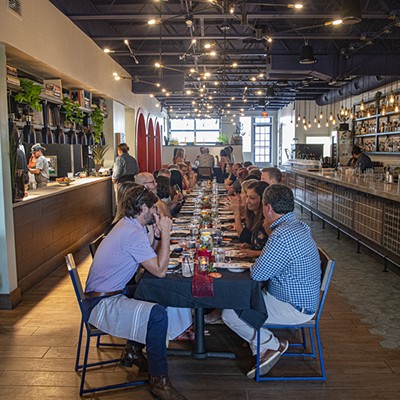 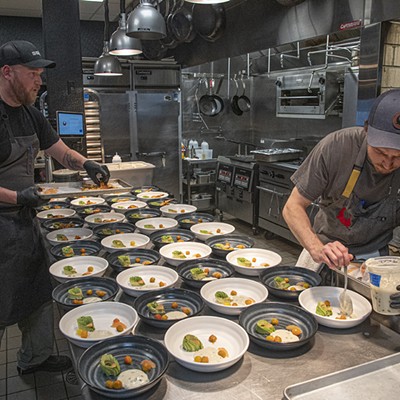 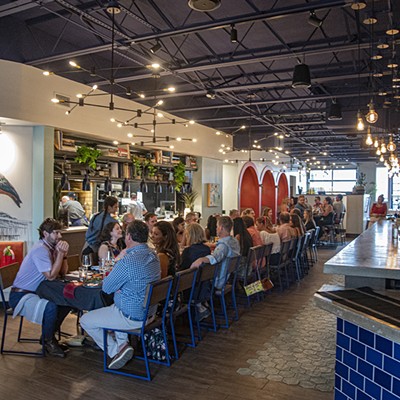 While Conejo aims to deliver flavors and dishes that are authentically Mexican, Cocodrilo takes a different approach, presenting dishes with broad Latin American influences and using the kitchen’s wood-fired grill as the literal and inspirational focal point. Executive chefs and co-owners Brandon MacConnell and Brad Slemaker first got to know each other working the line at Lemaire years ago. The long-time friends had since moved on to different ventures when Rob Long, owner of River City Roll, approached them with a Latin-inspired project they could make their own. They next brought on Tara Shleinkofer, another Lemaire alum, as general manager, and Jess Gonzalez, who leads the cocktail program. While the spot has caught on as a dinner destination, the team hopes to become an all-day go-to for the neighborhood. Breakfast and lunch cater to an on-the-go crowd, offering counter-service tacos, burritos, entree salads and a full coffee line-up. Almost every item on the dinner menu features a grilled component, from the charred carrots and street corn to the wood-fired chicken, fish and steak entrees. MacConnell is especially proud of their salsa macha, an addictive spicy-crunchy concoction of peanuts, sesame, and chiles that adds next-level flavor to the tacos, grilled meats and vegetables. The interior of the former Cafe Caturra space was transformed by the installation of the partially open kitchen with views into the impressive stone hearth, high top tables, colorful booths and a cozy lounge area by the fireplace. The expansive patio fronting Grove Avenue provides plenty of open-air people watching.