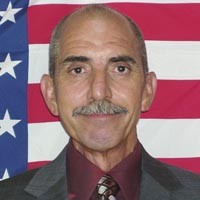 Race: Henrico County Board of Supervisors

Where do you live? Old Mill Estates in Varina.

Where did you grow up? Geffert Place in eastern Henrico, near Fulton Hill.

Why are you running as an independent?
I believe that representatives at all levels of government have allowed themselves to become too concerned about the "party" and the money, and not about the people.

Why aren't you running as a Democrat or Republican?
I don't want to be held to the "party" line and do the party's bidding for the sake of campaign financial help.

What are your signature policies and campaign issues?
Ensuring that the explosive growth that is occurring in the Varina district is consistent with the make-up of the area with respect to our history and geography. Providing the best possible school facilities and staff for our children. Increase expansion of "core" services, such as water and sewer to existing residents, not just "new" development. Providing good benefits to existing county employees, (especially health care), to enhance our recruitment and retention of quality employees.

Which political party do you more closely identify with? Republican

How do you differ most from them?
I am Non-Partisan. A program or idea that is good for the people, and supported by them, should always be considered, regardless of who presents it.

What changes would bring you into the Democratic or Republican fold? A return to the "true" spirit of representative democracy.

How did you arrive at your political convictions?
Having served in the Marine Corps and been a Police Officer for twenty-six years, I have been in contact with an extremely diverse group of people. By listening to all points of view and paying attention to the events and issues at all levels (from local to global), I have developed my own concept of what an elected official should be and what they should stand for.

Who is your political hero? Ronald Reagan

Is it wrong to steal office supplies? Yes, it's an integrity issue.

What kind of car do you drive? Toyota Tacoma Pick-up Truck and a Chrysler Mini-van.