Redskins Win! But Is Richmond Losing? 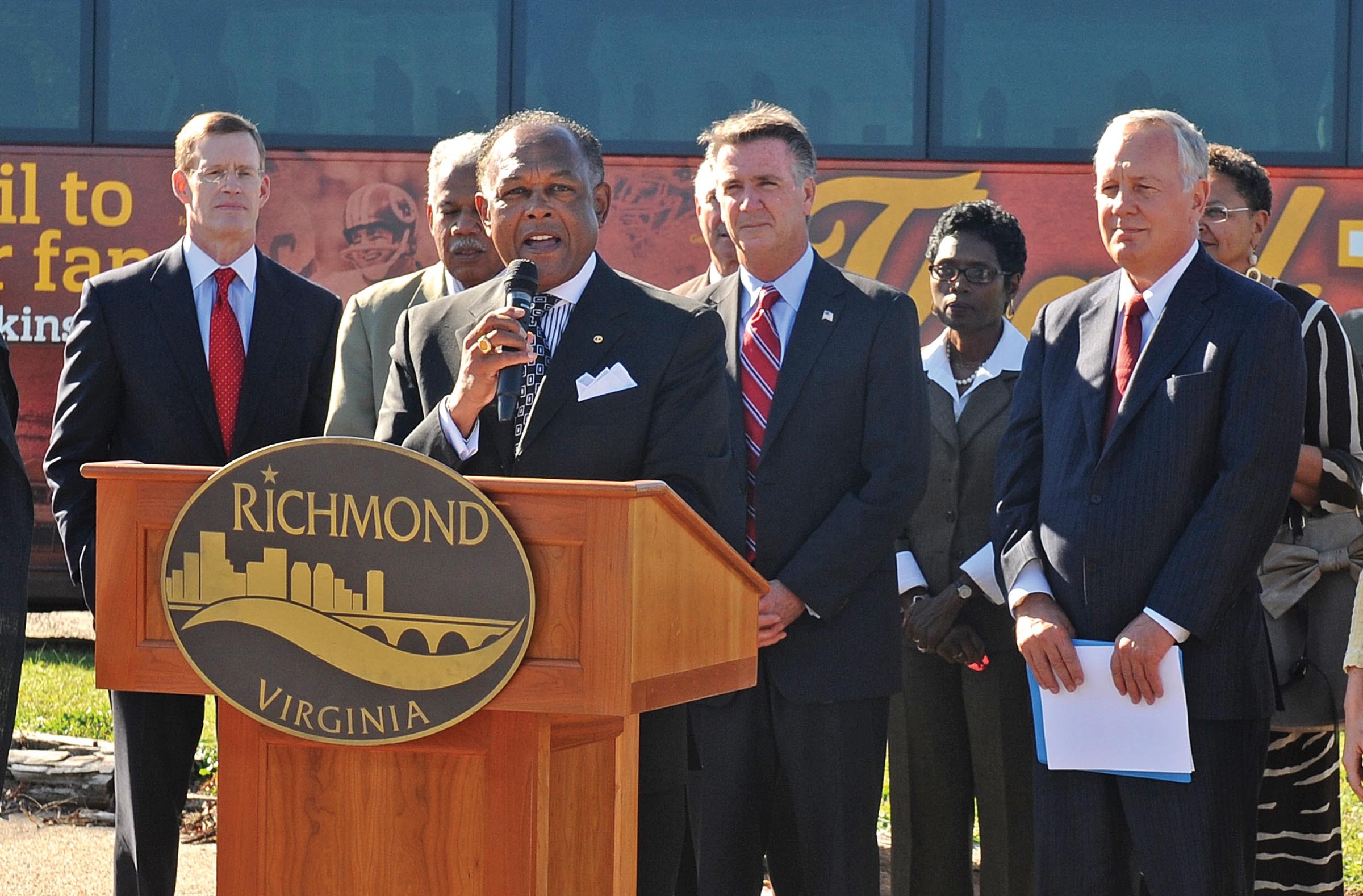 The city's deal to build the Washington Redskins' $9 million training camp behind the Science Museum of Virginia is off and running, but obstacles are emerging faster than the blitzing linebackers of the Pittsburgh Steelers. (In case you missed it, the Steelers thumped the Redskins 27-12 on Sunday.)

They express concern about the pace of the project, which now includes Bon Secours Richmond Health System. If City Council approves, Bon Secours kicks in $6.4 million for the training camp fields and facilities in exchange for naming rights and the opportunity to develop the former Westhampton Elementary School on Patterson Avenue for an expansion of nearby St. Mary's Hospital. (That's one of the sweethearts: Bon Secours would lease the school property for $5,000 a year.)

"We don't think a 'rush job' is fair to the public nor in the best interests of the city," Loupassi and Goldman write.

Indeed, the mayor gleefully tells reporters at the Leigh Street Redskins site Oct. 22 that construction could start as soon as that afternoon. "The Redskins want to be ready to use this in 2013 so you might see something happening before you leave here today," Jones says to hearty chuckles. "It's got to happen very fast."

The Westhampton Neighborhood Association also is a bit perturbed, saying that no one from City Hall or Bon Secours informed nearby residents of plans to develop the property prior to last week's announcement.

Lastly, questions remain about the training camp site behind the Science Museum, which is a former railroad yard where diesel engines were repaired and passenger cars were cleaned, which could mean that some portions of the property will require environmental remediation.

"It was a very busy, active rail yard," says Tom Driscoll, former education and operations manager at the Science Museum from 1981 to 2002, who also served as museum's resident historian. One of the planned football fields would sit atop the old "Pullman dump," Driscoll says.

"That entire area included sort of a landfill," Driscoll says. The site was so rich with relics from museum's former days as Broad Street Station, built in 1917, that the museum would take children out back, Driscoll says, for "mock archeological digs."

Science Museum officials say the soil isn't contaminated. Environmental testing on the property in question through the years didn't find "any need for environmental remediation," according to an email from Nancy Tait, a museum spokeswoman.

Of course, no one knows what they'll find when they start digging.