Redskins to Boost Richmond Economy by $8.5 Million? Not Really 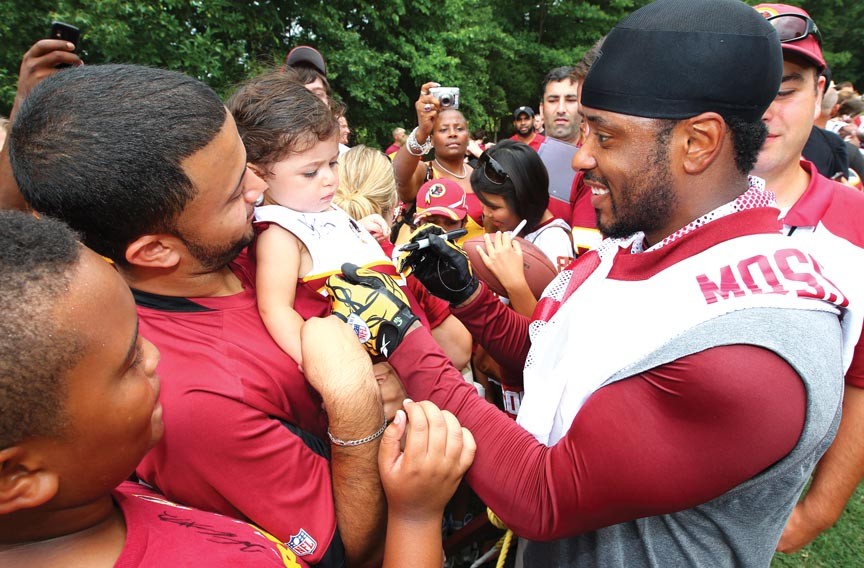 With the Washington Redskins' new star quarterback taking the NFL by storm, it's easy to get excited about the team's decision to move its training camp to Richmond next year.

But as Mayor Dwight Jones and City Council begin discussions about how to pay for the camp's facilities — about $9 million to $10 million — be wary of the promise that millions of dollars will come along with the team to ripple through the local economy.

Based on at least one study, Jones told reporters earlier this month: "The economic impact of this will be $8.5 million in one year. So in one year we expect to be able to recoup through economic impact what the costs of the entire stadium will be."

If that's true, the Redskins' two-week camp in Richmond will defy a mountain of academic research that's found professional sports teams generate almost zero economic impact. They're more like a drain on the economy for the most part, says Rob Baade, a sports economist at Lake Forest College in Lake Forest, Ill.

"We've heard that story over and over again," Baade says. "The benefits of something like that are wildly exaggerated."

Usually, economic studies provided to support such claims fail to factor in the "substitution effect." That is, if people spend money to attend an event, they usually don't spend it elsewhere. And the multipliers used by some consultants — for example, that dollar a tourist spends at Skins camp winds up in the paycheck of a camp employee, who then spends that dollar — fail to account for what economists call "leakages."

"For example, suppose you have more people using the hotels," Baade says. "But suppose the hotels that you use are part of a nationally known chain. Suppose the profits are repatriated to the corporate headquarters. Rather, the money is leaving the community shortly after it gets there."

City officials have yet to release the study backing up the $8.5 million claim, saying it's still being refined.

To be fair, Loudoun County, where the Redskins have held training camp since 2003, never asked for an economic study. While it's difficult to say how many fans show up and spend money — one study by the state says the figure is 20,000, but it may be upward of 30,000 to 40,000 — officials in Loudoun say the impact is minimal.

"It was too small. It was mostly day-trippers," says Brian Jenkins, director of business strategy and research for the Loudoun Convention and Visitors Bureau. "They were coming down the toll road, dropping some money on merchandise and eating … and getting right back on the toll road and heading back."

Jenkins estimates the economic impact was probably $1 million a year.