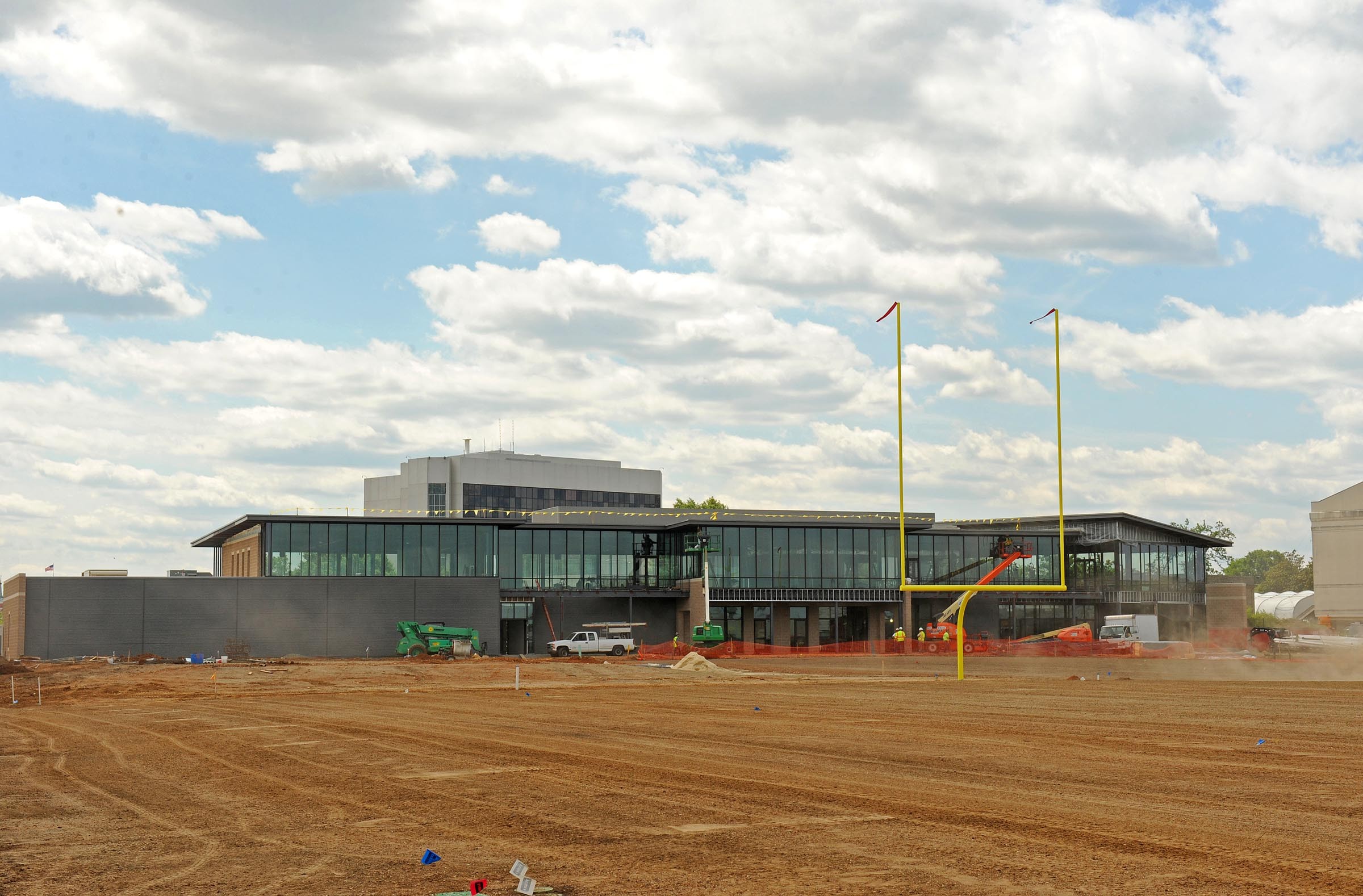 The mayor’s administration broke the news to City Council as an aside in the middle of a 10-hour budget meeting last week: By the way, we’re projecting a $5 million shortfall this fiscal year.

Some say the nonchalant announcement was bad enough -- complaints by City Council members about the availability of timely information from Mayor Dwight Jones’ administration have simmered for months.

But then council members got a second unexpected fiscal update, this time from a Style Weekly reporter: The cost to build the Redskins training camp has gone up by $1.1 million -- a 10-percent increase in construction costs over the $10 million the city has committed to the project.

“It’s never good news when the reporter is the one telling you about it for the first time,” City Council President Charles Samuels says. His 2nd District includes the camp under construction behind the Science Museum of Virginia.

Fifth District City Councilman Parker Agelasto wonders why no one bothered to ask City Council about the expense. “Anytime you’re 10 percent over budget, the folks who authorized it should be informed,” Agelasto says. “And it had to come to City Council to authorize the expenditure.”

The Richmond Economic Development Authority is behind the budget increase. Board members, who technically act independently of city government, approved the change March 12. According to minutes from the meeting, the cost is tied to the creation of a park area that will serve overflow crowds and the decision to shift construction farther away from the museum.

Richard Johnson, the chairman of the EDA, says the authority doesn’t need permission to increase the camp’s budget. “It’d be my opinion that … there should be no issue with it,” he says.

That’s where some city councilors disagree. In authorizing the initial training camp deal, council approved a transfer of $10 million in city funds to the authority to pay for the camp. When it was pitching the deal to residents, the mayor’s staff promised that the city would recoup that money through sponsorship funds and lease payments.

To cover the $1.1 million budget increase, the authority is dipping into an initial $800,000 payment of sponsorship funds from the Bon Secours Virginia Health System, which bought naming rights for the camp. It’s money that would otherwise go to the city as the EDA begins repaying the $10 million loan.

Johnson says taxpayers shouldn’t worry, and Mayor Jones seems to concur. In a statement Jones’ spokesman Michael Wallace says the park is going to be an “amenity-rich urban green space” and a “year round asset to the community” that hasn’t resulted in any requests for additional taxpayer dollars. “The city has complete confidence in the EDA as it manages all aspects of this project,” Wallace writes.

The authority plans to replace the money by selling the naming rights to the new park area, though Johnson acknowledges such a sponsorship remains hypothetical.

The idea that the authority is essentially spending money it doesn’t yet have makes 3rd District Councilman Chris Hilbert uneasy. “I understand they’re anticipating additional revenues, but $1 million is a significant number relative to the whole,” he says. “I would like to see our agreement with them tightened up. I’m very concerned.”

But the city council members say that concern is almost secondary to a larger, more immediate problem: getting consistently left in the dark by the administration of Mayor Dwight Jones. Council members can’t make sound economic decisions without appropriate information and oversight, Agelasto says.

And Samuels still sounds exasperated nearly a week after he received that passing notice of the $5 million budget shortfall projected for the current fiscal year. He says he’s yet to see any concrete details despite a provision in the city charter that requires the mayor notify council of such budget issues “without delay.”

“We’ve got to work on the communication,” he says.