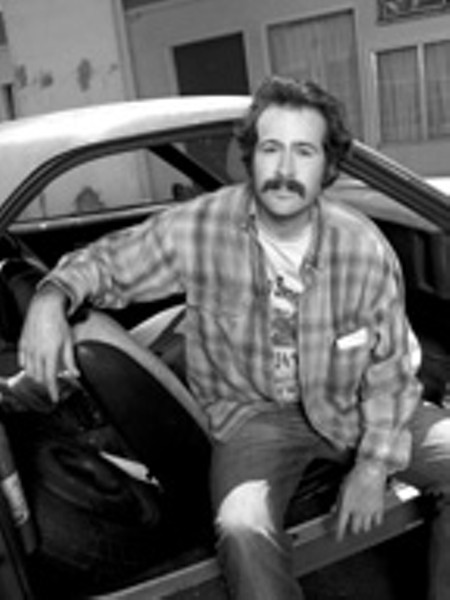 But that's about it. Lee brings real heart to the role of Earl, a loser resigned to being the "shifty-eyed fellow" in a ratty army jacket whom you see buying cigarettes, a scratcher and a beer at the convenience store in the morning.

Earl lives with his wife, Joy (Jaime Pressly, playing shrill to perfection), who cheats on him with the cook at their local hangout (Eddie Steeples, the "Rubber Band Man" from those Office Max commercials), and his useless younger brother, Randy (Ethan Suplee from "Remember the Titans"), who lives on whatever couch Earl can offer him.

But one day, Earl's lottery ticket hits, for a cool hundred large no less. He is immediately hit by a car. Bye-bye ticket.

Recuperating in the hospital, Earl is one of the few people in America to see Carson Daly's late-night show — also on NBC; what a coinkidink! — through which he is introduced to the concept of karma. Earl realizes he's lived such a bad life that he has to make amends if he ever wants to get out of his rut.

Joy divorces Earl in the hospital, and Earl moves into a motel, where he makes a list of everything he's done wrong, from peeing in a cop car to faking his death to breaking up with a girl. Upon commencing to right these wrongs, his winning lottery ticket blows back to him.

The first episode featured Earl burying the hatchet with Kenny James (Gregg Binkley), a kid he picked on mercilessly in elementary school. Kenny's now a lonely professional, and Earl and Randy resolve to help him meet a lady. One problem: Kenny is gay.

But karma will not be silenced — which Earl learns the hard way after running screaming from Kenny's house — and Joy wants her share of Earl's winnings. Earl and Kenny take deep breaths and, with the help of hotel maid Catalina (Nadine Velezquez), accompany Kenny to a gay bar, one of which he's never had the guts to enter before.

The second episode, which will have aired by the time you read this, features Earl's attempts to quit smoking and apologize to Donny (Silas Weir Mitchell), who spent two years in jail for crimes Earl committed. Oops.

Also, Joy discovers that Earl has left a will, leaving her all his money, and prepares to kill him.

TV is a writer's medium, which is why so few sitcoms are showcases for anything resembling acting (compare Fox's execrable "The War at Home," in which Michael Rapaport blusters through "edgy," supposedly blue-collar insults of gays and women). And in the hands of a less talented actor (say, Michael Rapaport), "Earl" would probably be another forgettable middling sitcom.

But Lee seems to have really gotten inside Earl. Even as our hero insists that he's the sum of his introduction, Lee somehow communicates that there's more to Earl than his mile-long list of misdeeds. The show's setup may be as clumsy as its accents, but Lee and the cast give us the rarest commodity in prime time: characters worth rooting for. S