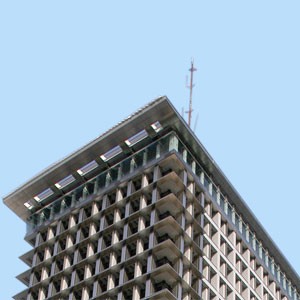 As tightropes go, the one that Mayor Dwight C. Jones tiptoes is a doozy. Two years into his term, he's introducing programs designed to enhance downtown Richmond's economic and cultural vibrancy.

City Council, meanwhile, continues to create and pass new legislation intended to regulate and restrain the businesses that are the city's cultural fabric.

Can the city do both?

David Hicks, senior policy adviser to Jones, thinks so. “We're committed to getting it right,” he says. While it can be a struggle to balance the competing interests of economic development and public safety, Hicks says the administration has a proven history of enforcing regulations without making it impossible for businesses to thrive.

The goal is to enhance the experience of working in and visiting the city, Hicks says. “At the same time this is home,” he says. “You want to invite people over to your home, but you also want them to act right when they're there.”

Under the Jones administration, the Department of Economic and Community Development rolled out a plan to establish a downtown arts and culture district late last month. And a report arising from the latest round of public discussion on how to revitalize Shockoe Bottom is said to be in its final stages.

In another corner of City Hall, Councilman Charles Samuels is putting the final touches on another nuisance noise ordinance. The last version failed to pass judicial muster, and was ruled unconstitutional in November. While that law is being readied, the deadline looms for the city's nightclub owners to obtain newly required dance hall permits — with the memories of previous missteps in managing the permitting process still vivid.

The city's initial handling of the new rules was rocky. Officials were slow to create the applications and to establish a clear process for nightclubs and restaurants to comply. Business owners were given 60 days to submit permit applications or face civil charges. But forms outlining the process weren't available until Nov. 5, giving owners just a week to meet a Nov. 13 deadline.

Style Weekly submitted a request to the Richmond Police Department for the total number of permits issued. That request remained unfulfilled at press time. Police spokesman Gene Lepley says the department is still in the “customer service” phase of the permitting process. Michael Lafayette, a lawyer who represents more than 30 nightclub operators and related businesses, says he's unaware of any of his clients being issued a permit.

Critics of the mayor and City Council complain that both fail to secure community buy-in on policy initiatives. Witness the brouhaha that erupted late last month after it was revealed that a local developer pitched the administration on a redevelopment deal to replace City Stadium with a mixed-use shopping complex.

Residents of the neighborhood surrounding the stadium complained loudly of being left out of the discussion. It was later revealed that legislation approved by the council in 2005 allows the mayor's office to at least consider unsolicited offers to purchase city-owned real estate.

But all of the initiatives represent an opportunity for the mayor, says Thad Williamson, a University of Richmond professor and local political observer. “The only way to get lasting agreement when you have competing concerns is to talk to the affected parties,” he says. “You want to get those people on board as much as you can. This is where the mayor's more deliberate style can be useful.”

Conversely, Jones has also been accused of dragging out the institution of new policies. The proposed arts and culture district, for example, has been in the works for more than a year. Under the proposal, business owners in the 65-block district would have access to grants for facade improvements and loan programs designed specifically for arts-related businesses. Yet the plan to create it remains vague, says Christina Newton, director of Curated Culture, which organizes the First Fridays Art Walks.

“There are some really great ideas here,” Newton says. “But as it stands now the plan is too fluid. With no timeline, I'm just concerned about implementation as we go.”

Bill Martin, the director of the Valentine Richmond History Center, says he's on board with the city's proposal. “It's an exciting opportunity,” he says. “What I do hope is that we don't get bogged down on the details. Because sometimes we lose sight of what can be accomplished.”

To Williamson, getting bogged in the details is ingrained in city politics. “Skepticism is a part of the city's culture,” he says. “And the only way Mayor Jones can overcome that is by establishing a track record of success.

“That's something he's got to work on.” S