“The Last of the Red Hot Lovers” is an amusing romp led by a couple of pros. 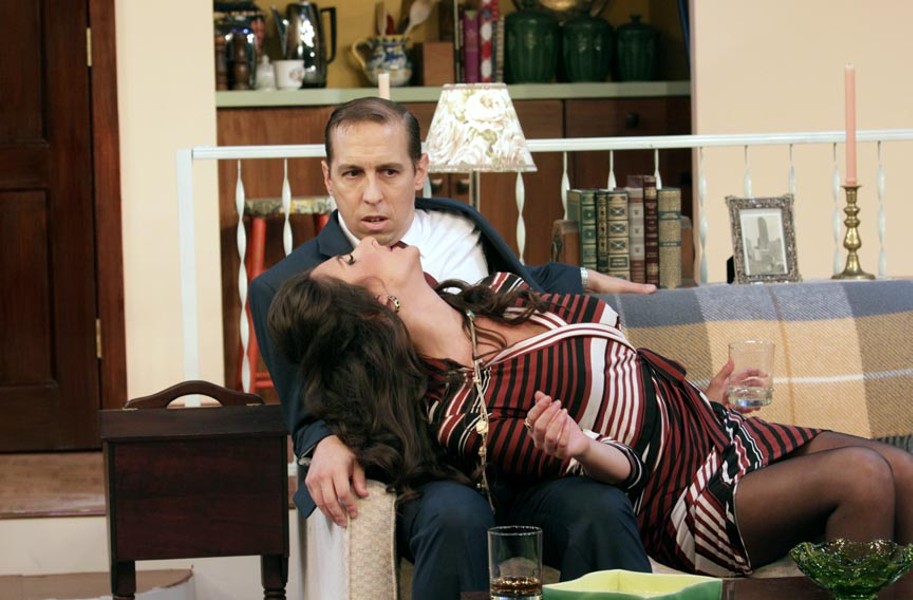 In Richmond theater, there's an onstage pairing that fans have been dying to see — of veteran actors Scott Wichmann and Eva DeVirgilis.

Wichmann is the Navy reservist who's won every accolade possible for a Richmond theater artist. DeVirgilis is the onstage powerhouse who helms one-woman shows and TEDx talks with the ease of Steve Nash at the free-throw line. A couple in real life, they're two of Richmond's greatest comedic talents, and finally they've been brought together for Neil Simon's "The Last of the Red Hot Lovers."

Wichmann plays Barney Cashman, a middle-aged, restaurant-owning nebbish who's trying to grab a piece of the sexual revolution before it passes by him. It's 1969, and Barney has decided to use his mother's Manhattan apartment as a meeting place for his illicit affairs.

First up is DeVirgilis as Elaine Navazio, a sexpot who's up front about her desire to get it on. Barney has never had an affair and is shy about initiating sex. As they circle and collide, DeVirgilis plays jaded indifference to Wichmann's neurotic Manhattanite. Through this first act and the rest of the play, Wichmann's every tic and gesture seem calculated to bring out the most laughs possible. He should teach a master class in playing this kind of role.
DeVirgilis and Wichm
ann work well together, but the show's best scene is between Wichmann and Maggie Roop as the hippie singer Bobbi Michele. At first glance a ditzy flower child, Bobbi soon reveals that she's deranged, fretting about her lesbian Nazi roommate and a powerful man in California who kidnapped her dog. While Roop deadpans some of the craziest lines imaginable, Wichmann mugs for the audience. They build to a point of lunacy, and by the end of the scene they're practically spouting nonsense.

But the show's closing scene is more earthbound, leaden partially by the script's final-act moralizing. Here, Debra Wagoner plays Jeannette Fisher, the depressed best friend of Barney's wife. Jeannette can't cope with this modern age of partner-swapping and carefree sex. But instead of making the scene humorously morbid, director Steve Perigard has chosen to give it a more serious tone and it drags. Like a Judd Apatow comedy, the show feels about 15 minutes longer than it should be.

More troubling is how Simon's script has Barney corner Jeannette against her will at one point, not letting her leave the apartment. Perhaps notions of consent were different in 1969, but it's cringe-worthy by today's standards.

Otherwise, the show largely is a success, with Wichmann knocking Simon's one-liners over the fence with incredible speed. Like the show's protagonist, "Red Hot Lovers" is an amusing, if safe, night at the theater. S