Virginia Rep pulls together the visual arts for a play about Rothko's artistic dilemma. 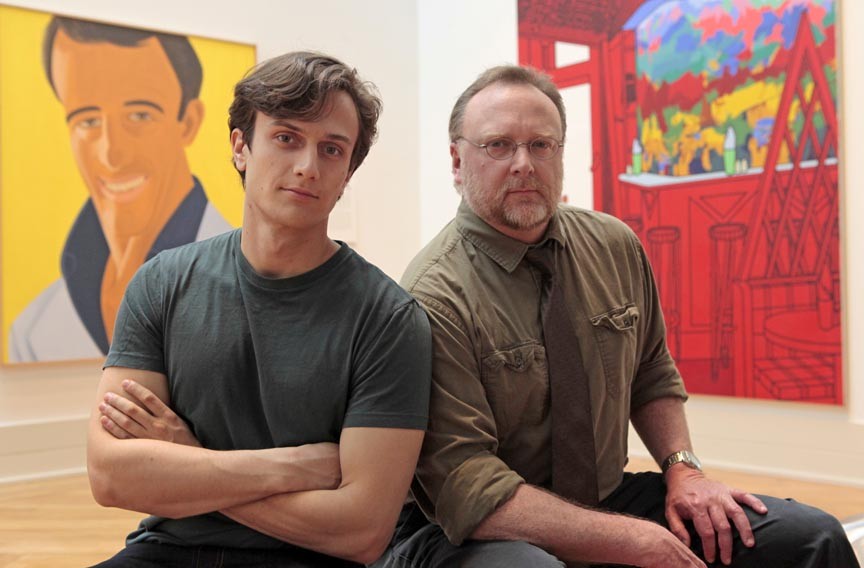 The bridge connecting art with commerce is a tricky one, as abstract expressionist painter Mark Rothko could attest.

In 1958, Rothko received a commission from beverage-maker Joseph E. Seagram and Sons to create murals for the Four Seasons, a new luxury restaurant in the company's office building. Though he was paid a hefty commission and created large paintings for the space, he ultimately decided that the restaurant was too pretentious. So he returned the commission and kept the paintings.

"This show is about an artist faced with a struggle of conscious," director Christopher Owens says. "At this point, when he receives this huge commission ... the art world was just starting to pass him by. ... He's sort of an elder statesman to people like Andy Warhol."

Like Rothko, Virginia Rep is working to balance art and commerce, and has come up with some intriguing methods to tap into a new audience. By connecting with the Virginia Museum of Fine Arts, 1708 Gallery and the Visual Arts Center of Richmond, the theater hopes to attract additional patrons. The cast and crew will perform scenes from the show at the museum and hold discussions about Rothko. Virginia Rep also has engaged the museum's book club to read the play. Other events are in the works.

"We're doing everything we can to connect with the visual arts community," says Bruce Miller, Virginia Rep's artistic director. His hope is that fans of visual arts will see common ground in the performing arts. "I think a lot of issues that artists grapple with cross disciplines."

In addition to spreading the word, the collaboration is helping the show's actors prepare for their roles. The two-person cast has been learning about art and art history, including how to paint and build canvases.

"That's the great thing about theater — it's often a history lesson," says David Bridgewater, who portrays Rothko. "He painted these huge pictures, very physical works with lots of strokes."

In the play, Rothko hires an assistant who hails from the newer pop-art school. The two men fight about their differing views of art, the role of an artist and whether Rothko has sold out by accepting a commission worth millions of dollars by today's standards.

"He was brilliant as an artist and complex as a man," Bridgewater says. "He poured himself into his work and kind of lost focus on other parts of his life."

For this play, Virginia Rep is using Theatre Gym, a black-box space. Such theaters are generally smaller and less ornate than other stages. Often painted black and with impermanent seating, the stage can change to fit the demands of different productions.

"It's a very malleable space," Miller says. For "Red," Virginia Rep will dress the entire space — including the seating area — as though it's all part of Rothko's studio. The audience will smell the paint cooking and watch the actors create works of art onstage. "We're trying to get the audience to feel like they're in the same space as Rothko," Miller says.

"It's really a dynamic, exciting play about generational differences, the purpose of one's life and their work," Bridgewater says. "What is art, and what's the price of art? What does that mean?" S