Richmond fuel manufacturer Peter Moliterno says his battle with the city after a perfume spill has become the drama of bestsellers. 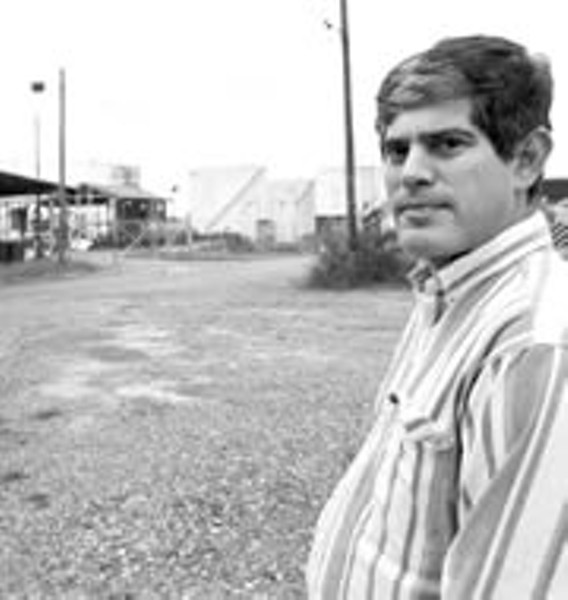 "I have been struggling to discover the silver lining in this tragedy," Moliterno says. "But the only consolation is that with much more effort on my part I may prevent others from befalling my fate."

Diane Abato, a Richmond commonwealth's attorney who prosecuted Moliterno, says his fate is as inevitable as it is reckless.

In October, Style reported that Moliterno, who owns and operates a South Side fuel recycling business called Chesapeake Biofuel, had been cited by city inspectors for numerous violations and had been forced to close until his site was brought up to code. Moliterno was prosecuted criminally for the potential danger his business posed.

"The potential harm was pretty huge," says prosecutor Abato. The Richmond Fire Department had considered the site abandoned, she says, and would not have known how to properly respond to a fire on or near the property.

But on Dec. 16, after a three-day trial, a 12-panel jury in Richmond Circuit Court found Moliterno not guilty of storing, treating or disposing of hazardous waste.

Even so, Moliterno's problems are not over, says Claude Cooper, the city's commissioner of buildings. Cooper asserts that Moliterno, who has been trying to clean and convert restaurant grease into usable fuel, is still in violation of building code requirements.

"It's not a situation where he's out of the woods," Cooper says. "On issues related to the property and to storage, nothing's changed."

Moliterno says he's being unfairly harassed and that distress over the whole affair may prompt him to sue the city. He assures the site and his handling and storage of materials is safe. And he stresses that a jury acquitted him of criminal charges. Nevertheless, his business remains, for now, shut down for code violations he must fix. —