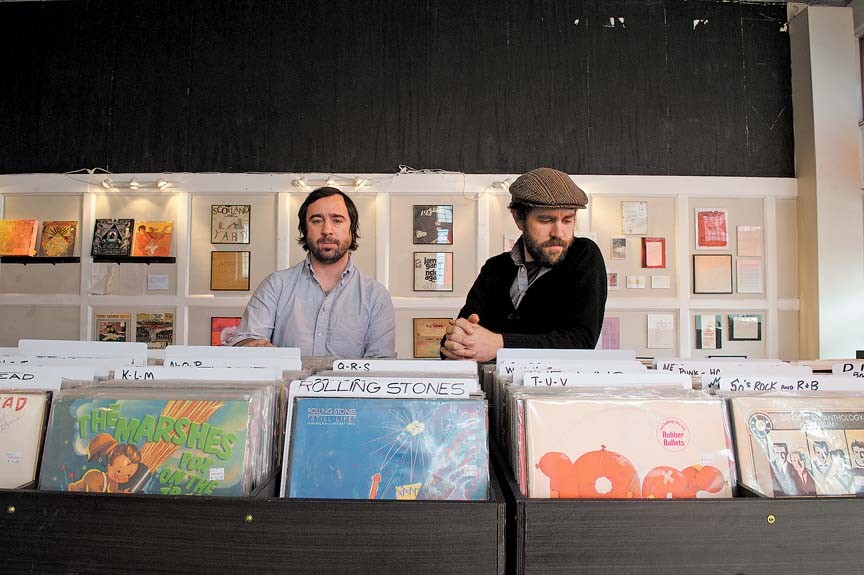 As a child of the late '70s, I'm old enough to remember record stores when they were all vinyl and cassettes — those smirks from Debbie Harry taunting passersby from the racks of Peaches or Record Barn. Watching compact discs wither and perish today while music stores return to that musty, thwapping sound of a roomful of vinyl is a little like going back in time. If you squint really hard, young people with ironic handlebar mustaches and iron-on T-shirts even look kind of like innocent baby versions of '70s people. When is Orange Bowl Pizza coming back?

But boy have some things changed. The prices of new vinyl can range from $20 to $34 an album, although the used stuff is still pretty cheap. That copy of Kiss' "Unmasked" that was 99 cents in a Forest Hill crate sale in 1983 is still 99 cents (though an honest man would pay you a buck to take it). There are some modern perks: New vinyl often includes MP3 cards — so you get the aesthetic and ritual beauty of owning the record, with the art as intended, plus you can download it.

Vinyl sales grew 26 percent in 2010 to $4 million — the highest since 1991, according to the Recording Industry Association of America. That's while overall music sales continued to drop by double digits. But vinyl represents only a tiny percentage of music sales, and the industry is still spiraling down, with digital sales flat lining.

Interviewing the people who own and operate the influx of new record stores that have sprung up around Richmond during the last few years, I find they all fit a similar profile. They want to live and breathe and listen to music all day. That's why they maxed out credit cards to open their own stores and ventured into a difficult business in which if you asked for a loan from a bank, people in suits might gather around pointing and laughing.

Owners say that customers from nearby cities such as Washington visit all the time — with serious browsers generally checking all local stops for hidden gems. So has Richmond become a record store Mecca to rival such towns as Portland, Ore., Austin, Texas, or Memphis, Tenn.? Let's not get ahead of ourselves. But hey, we're moving in the right direction with these keepers of the faith.

Store vibe: Modern and minimalist with plenty of room to browse, lots of natural light (co-owner Drew Snyder worked for years in the Plan 9 basement and was ready to let the sun shine in); plus local art on the walls.

Styles: Strong new sections for specialty collectors — everything from krautrock, punk, hip-hop and soul to '60s psych and a variety of eclectic world music; 45s and used turntables for sale too. About 30 percent new albums, the rest used.

History: The store was opened in 2010 by vinyl-heads Marty Key and Snyder, using their own records mostly, along with some quickly bought collections. During the past year it was robbed twice (the first guy got away with some money, was caught, and is serving a 50-year sentence because of a laundry list of other crimes; the second thief got away with some chump change thrown at him by an exasperated Snyder who was already having a bad day). The store has since installed security cameras.

Still, the owners are happy with the spot — their neighbors and foot traffic are great, they say; they also benefit tremendously from First Fridays.

"LPs are a fetish item for collectors and they're actually fun to look through, unlike CDs," says Key, who loves perusing people's unique collections when purchasing records, just to see hear the stories. "I see stuff every day I haven't heard before mostly because it's on vinyl."

The store also has had some unique in-store appearances, as wide-ranging as Wu Tang's Raekwon (signing albums), Brit folk guitarist Michael Chapman and Brooklyn's Nude Beach. Occasionally, they have a comedy night upstairs called "The Midnight Suggestion," which Key says features "uncomfortable" comedy because the ceilings boast only a 6-foot clearance. 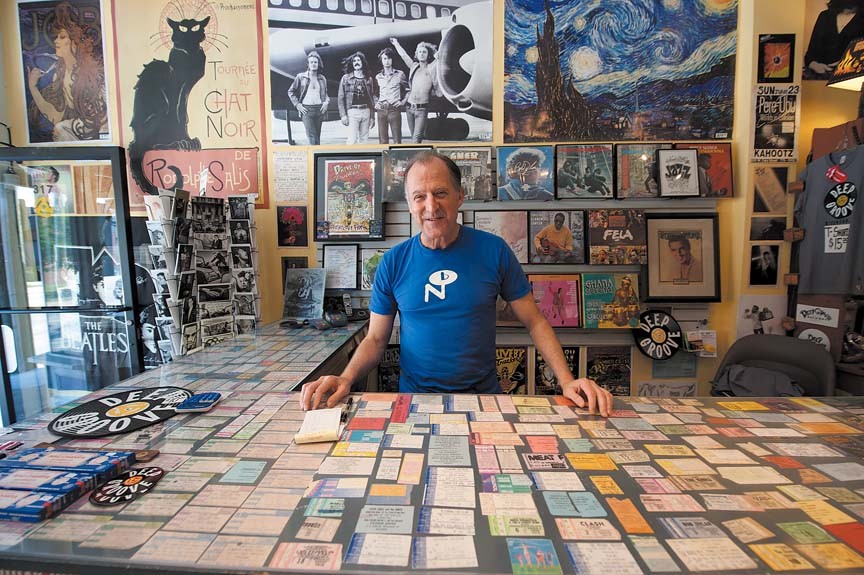 Styles: All vinyl. Pretty much evenly split between new and used; variety of the best in new indie music combined with classic rock, soul and R&B. Check out its complete Numero Group vinyl section. The store also carries used turntables.

History: Owner Jay Leavitt, 56, has worked in record stores — as well as in the corporate world — since he was in college, his last major stop being 16 years as a manager at Plan 9. He opened his store using a thousand of his own records in April 2009 after being inspired by a former girlfriend who ran a thrift shop down the street. Startup costs were less than $10,000, and Leavitt already has paid off his debt.

"I'm eking out a living doing it. But it's been better than I thought," he says one quiet midweek evening, while a few strollers pass in and out. "You make your money on the used stuff, the margins are pretty thin on new albums ... the one thing I've found in common with people who are into records: They're real music lovers."

The most difficult part for him is finding good, solid records in mint condition; he's always looking but has to be picky because of the small store space. "Good records go fast," he says. "Nowadays just old standards — Led Zeppelin, Pink Floyd — you have a hard time keeping in stock because of younger people getting turntables."

Oh, and he never second-guesses his decision to open the shop. "I still wake up sometimes having the old nightmare of being in the cubicle," he says, grinning. "Even a bad day in here is better than a good day I had in the corporate world. Sometimes I say thank you to the store when I'm leaving."

Styles: Hardcore, punk and metal with some old-school stuff and an excellent local selection.

History: Opened in September 2008 by the husband-and-wife team of Brandon and Lauren Ferrell. A former drummer with Municipal Waste, Brandon saw the potential in filling a niche for the young punks and metal fans around Richmond, particularly in the Oregon Hill neighborhood. The couple also runs its own label, No Way Records.

History: Jesse Oremland and his wife, Joanna, a Virginia Commonwealth University fashion design and merchandising grad, opened the shop eight years ago to fill a void; both are music DJs and knew that Richmond needed a go-to shop. Interestingly, Jesse has a background in electronics from his days in the Navy and he's unique in describing the appeal of listening to vinyl and playing it in different-sized rooms.

"It's kind of like fine wine," he says. "The groove vibrates the needle to make the sound, the speakers bounce that sound off the walls, and that vibration can actually go back into the needle. ... It's a constant feedback that starts to tune the room."

As far as promoting the club lifestyle, Oremland says the shop has worked hard to improve the genre's former image. "Rave was once a dirty word but it's not like that anymore," he says. "For instance, electronic music goes into bars and restaurants all over the city."

The pair also is heavily involved with local nonprofits, and Oremland serves on the board of directors at WRIR-FM 97.3 Richmond Independent Radio.

Vibe: This was a former Peaches Records space and it still smells like Peaches did back in the '80s, thanks to the cedar in the walls and those colorful whiffs of incense. Clean store with a small selection of new and used vinyl; it mostly carries new CDs (largest new inventory around now).

History: Owner Bill Kennedy has been in the business for 30 years and opened the shop with his wife 10 years ago after Peaches closed.

"I knew this place as a regional director with Peaches and always loved this store," Kennedy says. "Working for myself has been the greatest thing in the world."

He says his customers are mostly still buying CDs, so he hasn't built up the vinyl section even while he's watched the surge for years. "Our customer base seems to have stayed away from the price of the vinyl ... or some may not be as attuned to vinyl as the college kids around the city."

Store vibe: Classic indie record store. It has long been ground zero for the music scene in Richmond (the place to put your fliers, grab the latest hot album, chat with clerks). Still attracts solid foot traffic in its prime Carytown location.

Styles: Wide selection of used, select new stuff. The once-bustling CD sections have dwindled and vinyl has moved out of the basement to take over a good half of the main floor.