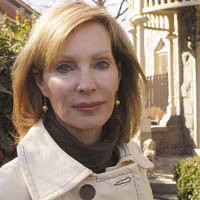 Like the buildings she works tirelessly to preserve, there's a timeless quality to Jennie Dotts. Slim and athletic, with high cheekbones and porcelain skin, she looks no part of 56.

That might be because she has, literally and figuratively, been on preserve mode lately. She's given up her highly charged, often contentious role as the city's most politically assertive preservationist. As former executive director of the Alliance to Conserve Old Richmond Neighborhoods, Dotts was unafraid to go toe to toe with the city's business and political elite -- and often did.

While Dotts was working to block a new ballpark in Shockoe Bottom in 2004, H. Louis Salomonsky, a pre-eminent developer who went to prison for bribing a city councilwoman, warned her that "there are powerful forces out there, and they can destroy you." During Virginia Commonwealth University President Eugene Trani's campaign to tear down historic West Hospital, Dotts invited TV crews to board of directors meetings to call out VCU's little Napoleon.

She also led the resistance to keep the Confederate White House where it is — on 12th Street — and the movement to save the Hotel Richmond across from Capitol Square. In 2005, Style Weekly named her its Richmonder of the Year.

Then, last spring, Dotts disappeared. She stepped down as head of A.C.O.R.N. in May to start a new business — a historic renovation consulting firm — and spent the next few months helping her dying mother-in-law. Dotts decided to reprioritize.

She realized the nonprofit-as-political-advocate model had run its course. Often, she'd found, the financial donors had ties to the opposition. "I think there is a limited amount that can be done for preservation through nonprofits," she says.

Some might argue her advocacy — loud and unrelenting — couldn't last. But Dotts couldn't simply be brushed aside. She's a research hound who has plenty of friends in the newspaper business and, perhaps more important, knows how to package a story. The camera loves her.

Now she's focused on her new business, the Old House Authority, which connects developers and homeowners working on historic rehab projects with hard-to-find carpenters, artisans and contractors. This was how she spent most of her days at A.C.O.R.N. It was a niche no one else was providing.

Dotts isn't giving up the political activism, though. She was a key force in the recent coverage of Robert Mills, the city-planning commission chair and private architect who spoke out against the city for "sticking its nose" into his clients' business — and got into hot water for it. Clearly a conflict of interest, Dotts says, shaking her head in disgust.

Dotts promises to stay in the mix and keep pressing the powers that be to do the right thing. She recently spoke to a group of women at the Jewish Community Center about Trani's plan to tear down West Hospital, the city's most iconic art deco building.

"These ladies were mad," Dotts says, energized by their sincerity. "I wonder what we'll think 10 years from now," she says, bemused. "What were we thinking letting VCU run roughshod over the city?"

With any luck, Dotts will remind